The warning came after flames fanned by strong winds devastated the seaside village of Mati, killing 60 people and devouring homes and cars 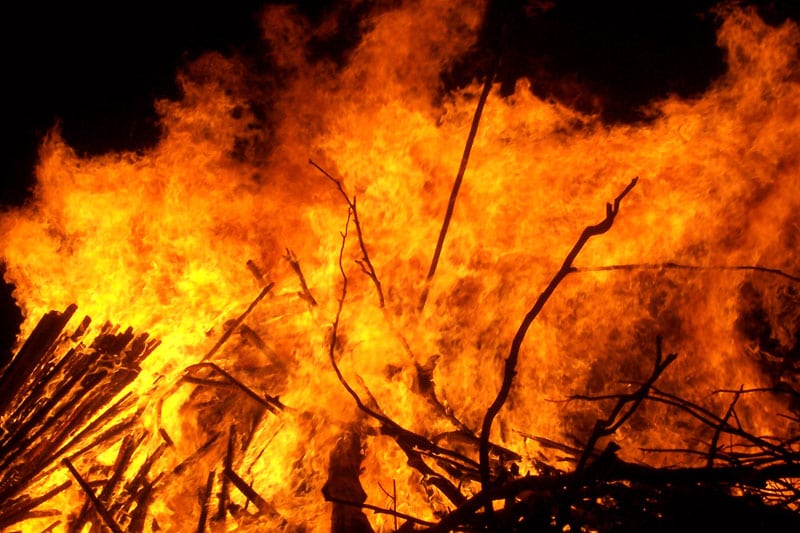 The raging inferno that killed at least 60 people in Greece could happen in Britain, according to fire safety experts.

The warning came after flames fanned by strong winds devastated the seaside village of Mati, devouring homes and cars.

Stephen Chadbon, who runs Fire Safety Assessments and has 25 years’ experience as a firefighter, said homes in Britain were at risk of being destroyed by fires caused by people accidentally dropping cigarettes or glass bottles as well as “copycat” arsonists.

The tragedy in the island wildfires in the Attica region around Athens, is thought to be started by arsonists looking to loot evacuated homes during hot, dry and windy weather that increases the risk of wildfires.

Mr Chadbon, 46, of Norwich, said: “It’s terrible, it looks awful and as though people were stranded in a restaurant, cut off and the issue is the smoke.

“It is poisonous and it’s the smoke you need to get away from and it looks as if people were being cut off because of the fire.

“If there’s any fires around you you need to make sure you get away from them and not stay, and call the Fire Brigade because they can spread very quickly.”

He said the hot, dry weather in Britain meant that a similar wildfire could happen here.

Mr Chadbon, who has worked as a firefighter in London, Norfolk and Switerland, said: “It’s the same situation – we have large areas of heathland and gorse land and forests and we have people visiting these areas because a lot of them are in nice rural spots.

“It’s so hot here at the moment and it’s just a prolonged dry spell that has dried everything out so all it takes is a spark or a small flame just to set something alight and things like the fire in Greece will just spread rapidly.

“Because everything is so tinder-dry at the moment, the same as it is in Greece, it’s a fire that’s waiting to happen in a lot of these areas and the problem is we are not having the rain that we normally get in this country to dampen everything down.

“It definitely could happen today in Britain.”

He said coverage of the fire in Greece increases the risk of “copycat” arsonists starting wildfires in Britain.

He said: “Arson is antisocial behaviour and it’s one of those things that studies have shown that if people see there’s a fire there tend to be more because other disengaged youths think it’s a good idea to cause another fire. It’s copycat crime that can happen.”

He said rural homes were most at risk of wildfires: “The majority of them have been away from urban areas luckily where not so many people live.

“There’s obviously the chance if you live in a remote area near lots of fields and standing grass and corn and that sort of thing you are at a heightened risk.

“The longer the dry weather goes on, the worse the risk is going to be because everything is becoming more and more dry and it just takes a minor spark.

“At the moment the fire brigades around the country are absolutely stretched because of the prolonged dryness.

“A lot of the fires are started accidentally by people throwing cigarettes out of cars, people dumping things like bottles or glass which can then magnify sunlight and cause fires.

“But some of them are started deliberately by people who want to cause panic and major disruption to lots of people.”

Gerald Taylor, 54, area manager at Devon and Somerset Fire and Rescue Service, said: “I would urge people to gout and enjoy the country side but if you’re going out in order to avoid these major fires please be careful with how you discard cigarettes and BBQs and if you do break glass please do all you can to avoid these fires.”

A spokesman for London Fire Brigade said it had already attended six times as many large grass fires than the total number attended in 2017.

“We’re now asking people to stop putting lives at risk by carelessly chucking cigarettes or matches down on dry grass.

“There hasn’t been any rain for several weeks and I’ve never seen London looking so parched. All it takes is one act of stupidity and the whole lot can go up in minutes.

“If you drop a cigarette down on dry grass or leave your barbecue unattended you could single-handedly be responsible for starting a massive fire and that is not something you want on your conscience.”