Motorists have been warned as temperatures soar 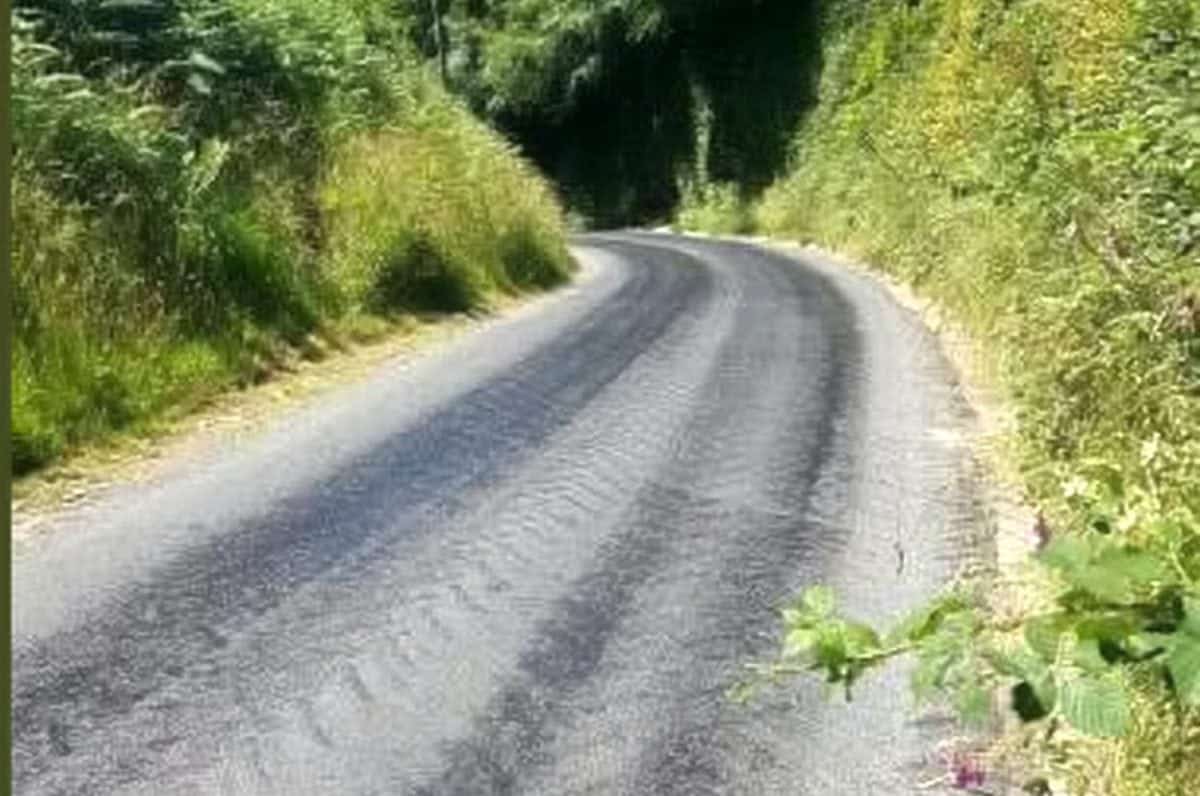 Gritters could be out on UK roads after these dramatic pictures show the tarmac actually melting.

The heatwave has caused the bitumen to melt as the surface temperature on the roads hit 50 degrees.

Councils are preparing to deploy gritters to spread sand – effectively a sunscreen for the surface.

Images of the melted roads have been shared by the staff of the Communication Workers Union as a warning to try and keep members of the public on the roads safe.

One was taken by a post office worker on Exmoor, which shows the current state of the road from Heasley Mill, near North Molton, Devon.

Other images show of roads in Woodbury Salterton, Devon, melting have also been circulated.

Up to eight heatwaves are forecast in July and August with temperatures set to hit 34C. 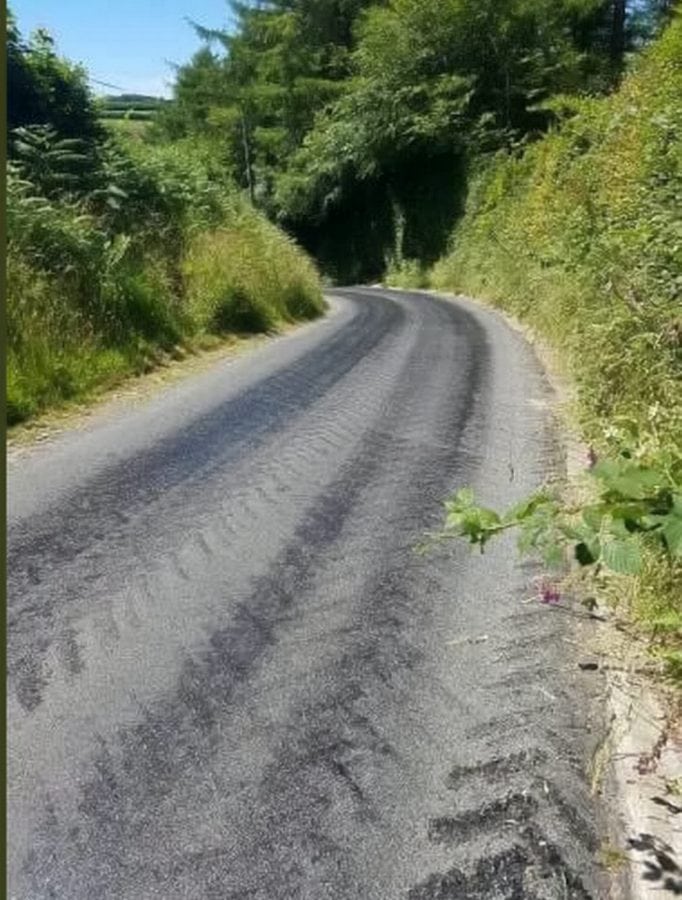 Tarmac becomes soft at 50C, and while the air temperature is much lower, the black roads can become that hot in direct sunlight.

Howard Robinson, chief executive of the Road Surface Treatments Association, said that when temperatures top 30C, the bitumen in some road surfaces may soften and rise to the top. 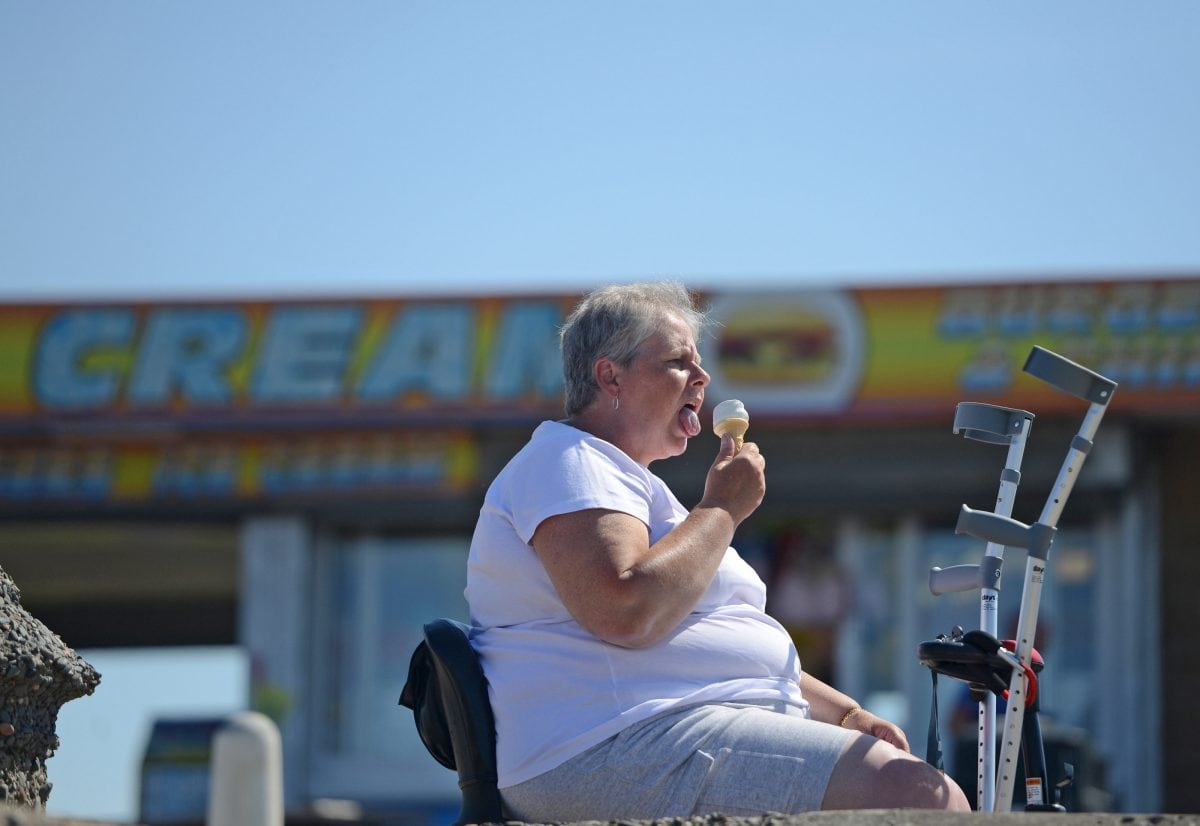 He said: “This makes the road surface sticky and more susceptible to pressure loads from heavy vehicles resulting in surface ridging and rutting.

“Most roads will not begin to soften until they hit a temperature of around 50C.

“However, even a sunny day in the 20Cs can be enough to generate 50C on the ground as the dark asphalt road surface absorbs a lot of heat and this builds up during the day.

“The response for local highway authorities is to send out the gritters to spread granite dust or sand to absorb the soft bitumen and so stabilise the road surface and make it less sticky.

“Drivers may be bemused to see the gritters out in the summer when they are usually spreading grit and salt during the winter.

“However, this is effective standard practice for keeping a road surface safe during extreme hot temperatures.” 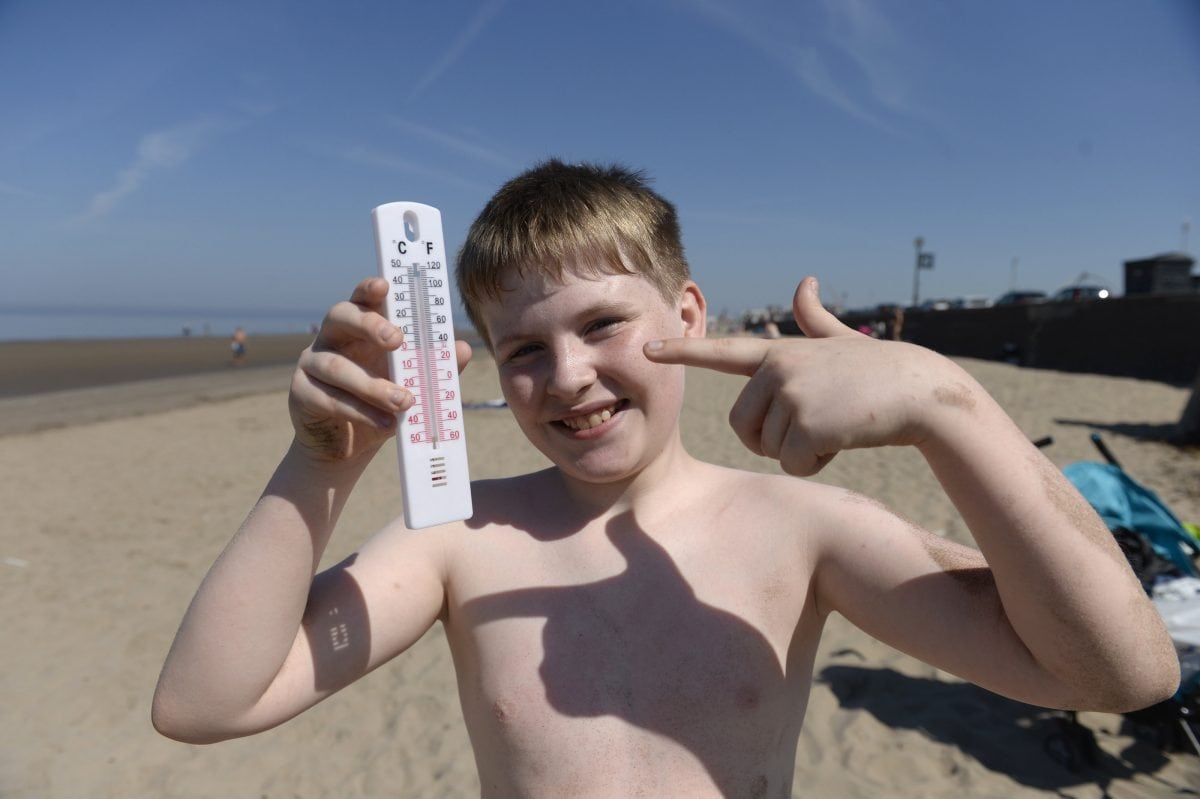 Scots have sweltered in the heat today with temperatures hitting 31C as the hottest June on record for more than 20 years continues.

Temperatures hit a scorching 31C in Glasgow and Aviemore, Scottish Highlands — topping the previous record of 29°C in June 1995

Several other hotspots around the country also saw mercury levels hitting highs with Balmoral and Braemar in Aberdeenshire basking in 28C heat. 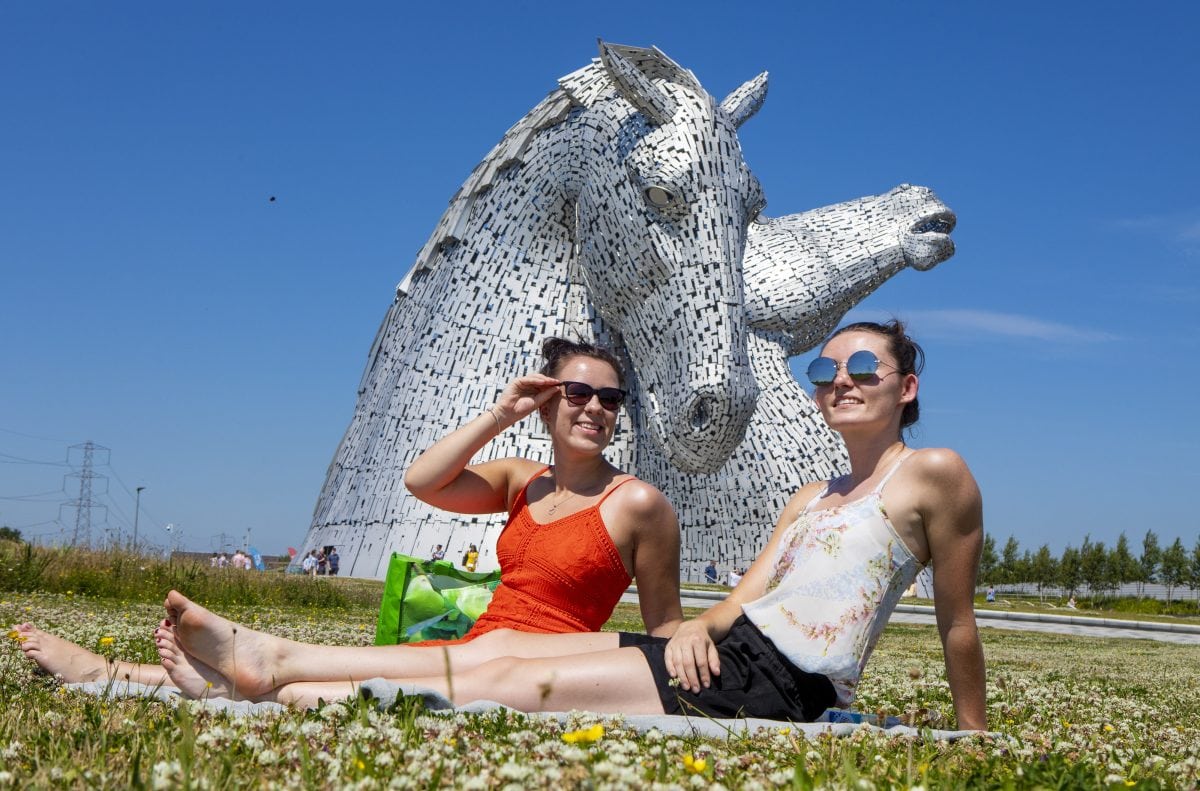 A spokeswoman for the Met Office said: “It is going to be dry and sunny across many places of Scotland and temperatures in some parts could potentially reach 31C.

“The weekend is expected to turn slightly cooler but temperatures will still remain in the mid-20s.”

Police Scotland have asked people stay away from quarries and to avoid leaving pets in the car.

Their statement on Twitter said: “Please do not leave your pets in the car, even if only popping to the shops – cars heat up very quickly.

“The temperature in a parked car, even in the shade with open windows can rapidly reach a level high enough to seriously harm or kill your pet.”

And one animal charity warned cat owners of the dangers of keeping windows and balconies open in hot weather after a kitten fell two storeys, breaking its legs. Fortunately its eight other lives appear intact. 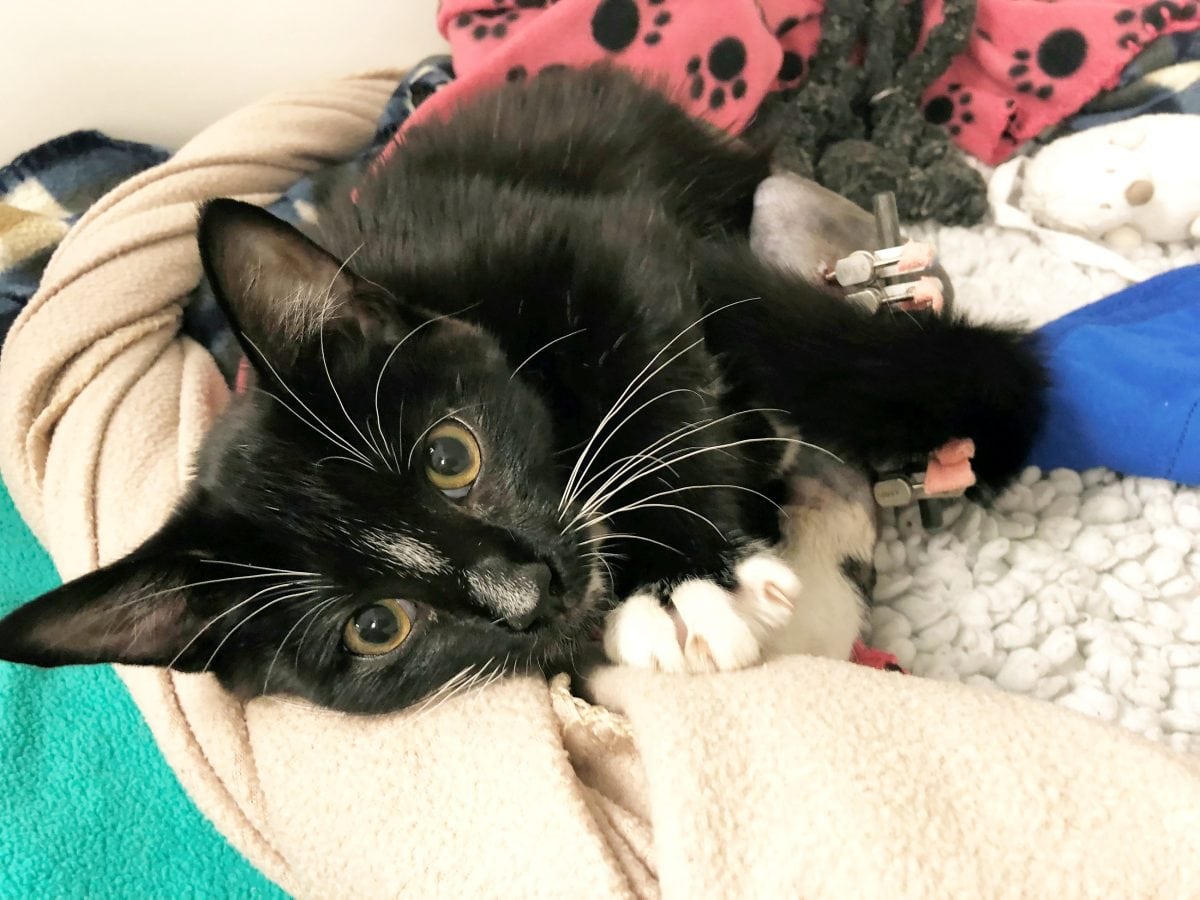