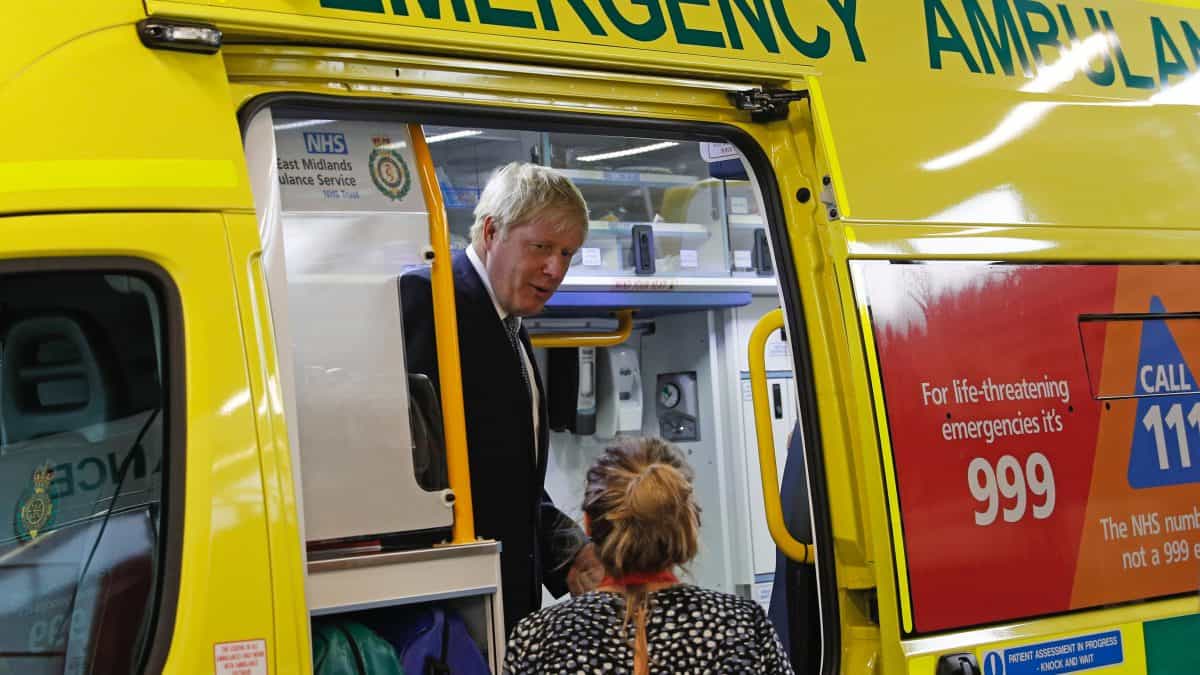 The Nuffield Trust, The King’s Fund and the Health Foundation will write to MPs on Tuesday warning of the implications for health and social care services should the UK leave the EU without a deal.

In a letter seen by the PA news agency, the independent think tanks say the NHS is already facing a workforce shortage, with nearly 100,000 vacancies in English NHS trusts, and a further 110,000 in social care.

Their warnings come a day after Cancer Research UK warned: “The Government’s inaction on staff shortages is crippling the NHS, failing cancer patients and the doctors and nurses who are working tirelessly to diagnose and treat them.”

Over 100,000 cancer sufferers missed out on early diagnosis in just one year, largely due to staffing pressures.

In a briefing paper published on Monday, the British Medical Association (BMA) also highlighted how a break from the European Union without an agreement on October 31 could ravage the NHS.

The BMA’s intervention followed last month’s major medical unions’ warnings to MPs of the devastating consequences to the NHS of the chaos of no-deal Brexit to access to essential medications and recruitment after a decade of Tory austerity.

Today’s letter from Britain’s influential health think tanks warns: “With 116,000 EU nationals working in health care and 104,000 in social care, even a small trend towards European migrants leaving the UK due to a fall in the pound or uncertainty around settled status will worsen this situation.”

It says the NHS needs an additional 5,000 internationally recruited nurses each year to stop the situation worsening, warning that a migration system which impedes this would have “serious implications”.

In regard to social care, the letter says that 90% of staff would not qualify for a permanent work visa under immigration reforms put forward by the last government, as they earn less than the proposed £30,000 salary threshold.

Meanwhile, the “large amount” of new paperwork and regulatory hurdles created by a no-deal Brexit for imports is “likely” to increase shortages of medicines and medical devices, the letter says.

It claims this is despite plans for stockpiling and the creation of new supply routes.

“We can be certain that these additional burdens will mean companies face higher costs to get their products into the UK,” the letter says. “Costs that will ultimately be passed on to the NHS.”

Expats returning to the UK for health treatment

The think tanks further claim that a no-deal Brexit will mean UK expats in Europe will not have guaranteed rights, resulting in them having to return to the UK to live and receive treatment if they become ill.

While £20.5 billion extra has been pledged to the day-to-day NHS budget in England, the letter claims it does not cover other areas of spending which have been reduced in recent years.

Analysis by the Health Foundation estimates that £1 billion is needed in 2020/21 to stabilise the adult social care system, with the figure increasing to £2.1 billion in 2021/22.

“There is a very real risk that leaving the EU without an agreement could exacerbate the workforce crisis in health and care, drive up demand for already hard-pressed services, hinder the supply of medicines and other vital supplies, and stretch the public finances which pay for healthcare,” the think tanks claim.

Yesterday Boris Johnson’s Leader of the Commons Jacob Rees-Mogg was drawn into an embarrassing spat when he insulted a senior doctor live on air on LBC.

Rees -Mogg called Dr David Nicholl a “Remoaner” and “fear-monger” when he rang in to ask what level of mortality the extreme Brexiteer would be an acceptable sacrifice in a no-deal Brexit.

The consultant neurologist pointed out that he had actually written the plan to mitigate the damage of no deal in the Government’s own Operation Yellowhammer report.