Marvyn Iheanacho was jailed for life for the murder of Alex Malcolm who was fatally beaten in a park after losing a shoe. 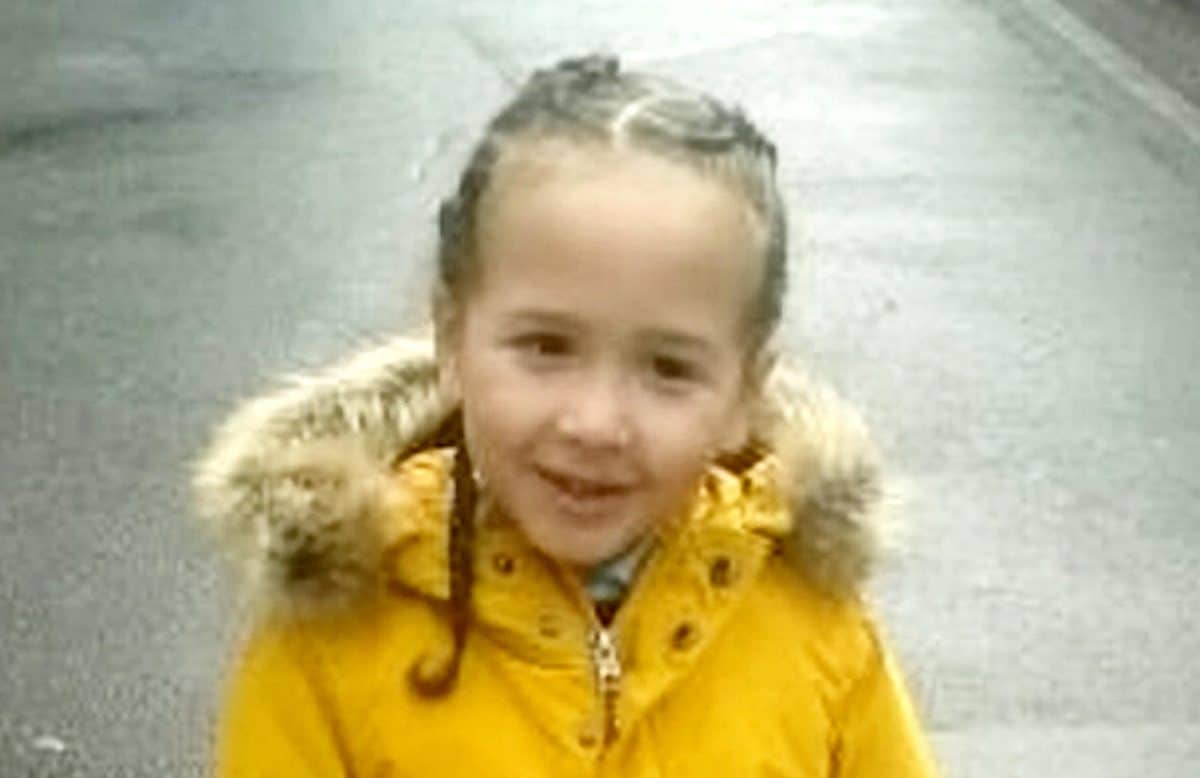 A “beautiful” five-year-old boy said he wanted his “mummy and daddy” back together before he was brutally murdered by his stepfather, an inquest heard on Monday.

Iheanacho, who had a history of physically abusing girlfriends, is currently serving a life sentence for the brutal murder of Alex who suffered fatal injuries to his head and stomach.

The killer flew into a violent rage when the youngster lost his shoe in a park in Catford, south east London, in November 2016.

Senior Coroner Dr Andrew Harris said: “This occurred about eight times and sounded to one witness as somebody was throwing metal items in a skip.”

Alex died in hospital two days later after Iheanacho lifted his “limp” body over his shoulder and got a taxi to Liliya’s home in Beckenham, south east London, instead of taking him to a nearby hospital in Lewisham.

Iheanacho then beat cleaner Ms Breha in her home and forced her to lie to the police and Alex was only was seen by ambulance after he turned blue two-and-a- half hours after the attack.

The killer committed the fatal attack just six months after being release on licence from prison. He had been jailed for a string of brutal assaults on previous girlfriends, dating back to 2001.

Southwark Coroner’s Court heard he had been using dating sites and targeting single mothers with children – despite being released on licence banning him from unsupervised contact with children under 16.

On Monday Ms Breha slammed a probation officer for a lack of “common sense” after they failed to tell her Iheanacho’s licence conditions.

Ms Breha also claimed the woman probation officer had been “lenient” with Iheanacho about rearranging appointments and had even joked with him over the phone.

Speaking of phone calls Iheanacho had with his probation officer and herself in June 2016, she said: “I can definitely remember there was some joking.

“She didn’t ask if I had any kids or if he stayed with me or anything like that. I heard how he spoke to her on the phone and he was never forced to come to his appointment.

“I can see how lenient they were with him, and it never struck me that there were any serious issues with him.

“I think if it was something serious, from my point of view, they would have told me or just asked questions, ‘do you have kids?’ That’s just common sense.”

Describing Alex, she said: “He was a beautiful five-year-old.

“He always made flowers for me. I miss him and his voice so much, I miss his cute smile.

“He was my world and I’m so angry someone took this boy from me. My son didn’t deserve this.

“Everyone loved Alex, he had so many friends. He was my best friend too.

“He was caring, kind, loving. He was perfect, he was smart with so much potential.

“He was the first person who truly loved me and the one I loved.”

She said a neighbour introduced her to Iheanacho and they wrote to each other while he was in prison before they first met in person in June 2016 a month after his release.

Ms Breha said: “I did trust him and I don’t judge people whether they’ve been in prison or not.

“At the time he only said he was sentenced for eight months and because he’s innocent he’s coming out.

“When I met his family, none of them I met said he was a danger to kids.

“He was around many kids and I never had any concerns or suspicions or anything that he could harm anyone.”

She said she didn’t remember him ever hitting her son before the fatal attack.

She said: “Alex had speech difficulties so I always pushed him to do the language therapy.

“The only thing he would always say was he wanted his mummy and daddy together.”

She said she later found a notebook of Iheanacho as she was clearing his belongings from her home a month after the killing, which detailed how “fake” he had been.

Ms Breha said: “I just remember finding the notebook. He was just really fake and manipulative and lying and I just don’t think he was nice to Alex behind my back.”

She confirmed “that’s right” when Dr Harris read a statement from her, saying: “You can say without a shadow of a doubt that had you been warned you would have stopped your relationship with him right away.

“There’s no way if you had would have been in a relationship with Marvyn if you had known his history of violence against women and children.”

She claimed she didn’t remember being hit by him before the incident, but the inquest heard Iheanacho had a string of previous convictions for assaulting girlfriends dating back to 2001.

Ms Breha told of her horror when she only found out about his convictions and prison licence by accident after he was convicted at Woolwich Crown Court in July 2017.

Reading from a serious case review, Dr Harris said: “He was assessed as high risk after being released from pison.

“He had been using dating sites targeting single mothers with children.

“One of his licence conditions after his release from prison in May when that wasn’t allowed to see previous victims or have unsupervised contact with children under 16.

“That must have been quiet a horrifying thing to discover.”

She replied: “It was. I only found about this randomly because I went there with my serious case worker.

“If I knew, there would be no point of this inquest that’s for sure.”

She accepted she said had told police Iheanacho had attacked her six months before the killing, but said she couldn’t remember if he had ever been violent to her before the day her son died.

The Coroner read from her statement: “He was just switched and he just kind of smacked you and don’t do it again.”

Three relatives of the father of Alex Malcolm, Leroy Malcolm, attended the hearing.

The jury inquest at Southwark Coroner’s Court was adjourned until Tuesday.