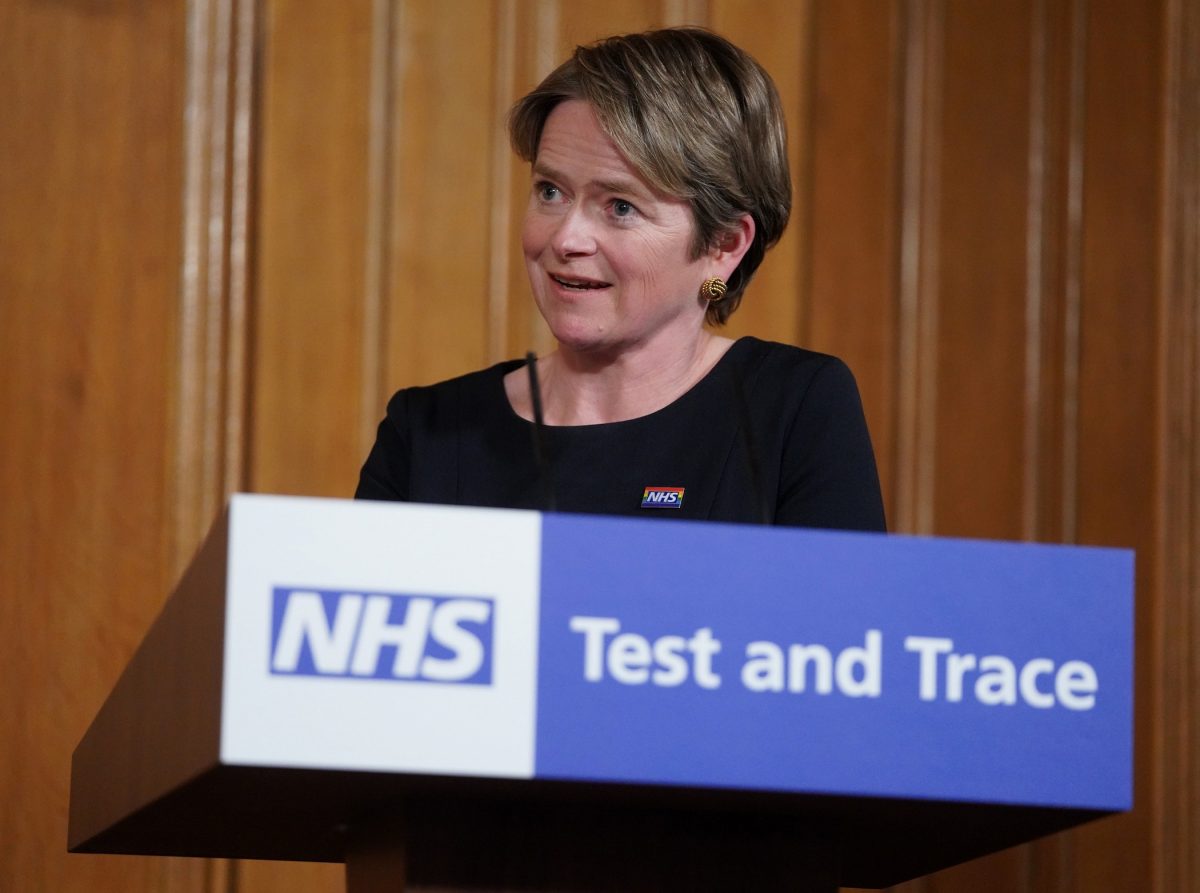 Shadow health secretary Jonathan Ashworth was left fuming this morning after Dido Harding hired someone for the Test and Trace system from a business background, and not someone with an actual infectious disease control experience.

He tweeted: “How about putting those trained in actual infectious disease control in charge of Test & Trace?

“Local public health teams should be leading contact tracing. That way we would have an effective Test, Trace & Isolate regime that helps control this virus.”

His anger comes as the former chief executive of Sainsbury’s is to take over as testing director at NHS Test and Trace, which is actually ran through private sector outsourcing.

Baroness Dido Harding, who runs NHS Test and Trace and is interim executive chairwoman of the National Institute for Health Protection, said in an email to staff that Mr Coupe “will bring a wealth of experience in large scale supply chains, logistics and digital transformation”.

It is understood he will be in the role until Christmas.

Baroness Harding said in the email, seen by the Health Service Journal (HSJ), that “Sarah-Jane has led the team with unparalleled drive, compassion, and humour” and the agency had been “incredibly privileged to be able to ‘borrow’ Sarah-Jane for the last five months”.

She added: “There will be plenty of time over the next month to say thank you for the extraordinary job she has done and in the meantime I am confident she will be pushing us all hard to ensure we hit our 500k target (of daily testing capacity at the end of October), just as the testing team have hit every other target that they have ever been set.”

In 2018, Mr Coupe was forced to apologise after being caught singing Broadway hit We’re In The Money in between media interviews about a merger with supermarket giant Asda.

Earlier this month, Ms Marsh issued an apology to the thousands of people unable to get a test for Covid-19.

“Local public health teams should be leading contact tracing. That way we would have an effective Test, Trace & Isolate regime that helps control this virus.”

The NHS is facing a “triple whammy” of issues from the Covid-19 pandemic, a report has warned.

The health service is dealing with local outbreaks of coronavirus and a second surge of cases alongside trying to manage a “huge backlog” of people needing care with “exhausted” staff and reduced capacity due to infection control measures, according to the NHS Confederation.

The organisation’s latest report, titled NHS Reset, sets out the challenges faced by the health service and how the system should move forward in the aftermath of the pandemic.

It says there must be a “reassessment” of what the NHS can realistically be expected to deliver and that the “road to recovery will be long”.

“The NHS went into the pandemic under significant pressure, with demand for care outstripping the service’s ability to meet key performance targets,” the authors wrote.

“The service is now facing a triple whammy.

“It must deal with local outbreaks and a second surge.

“It has to manage a huge backlog of treatment that has built up during the pandemic. And it must do this and restore services with reduced capacity as a result of infection control measures.

“On top of this, leaders are reporting that some staff who have been in the thick of this battle are exhausted. There is unlikely to be much respite before winter.”