An army of volunteers removed half a tonne of rubbish from Britain’s highest mountains over the weekend – including a massive ball of chewing gum. The haul from Ben Nevis – the country’s highest mountain – included a 30-year-old peanut wrapper and enough gum to form a 9lb gumball. Volunteers also made their way to […] 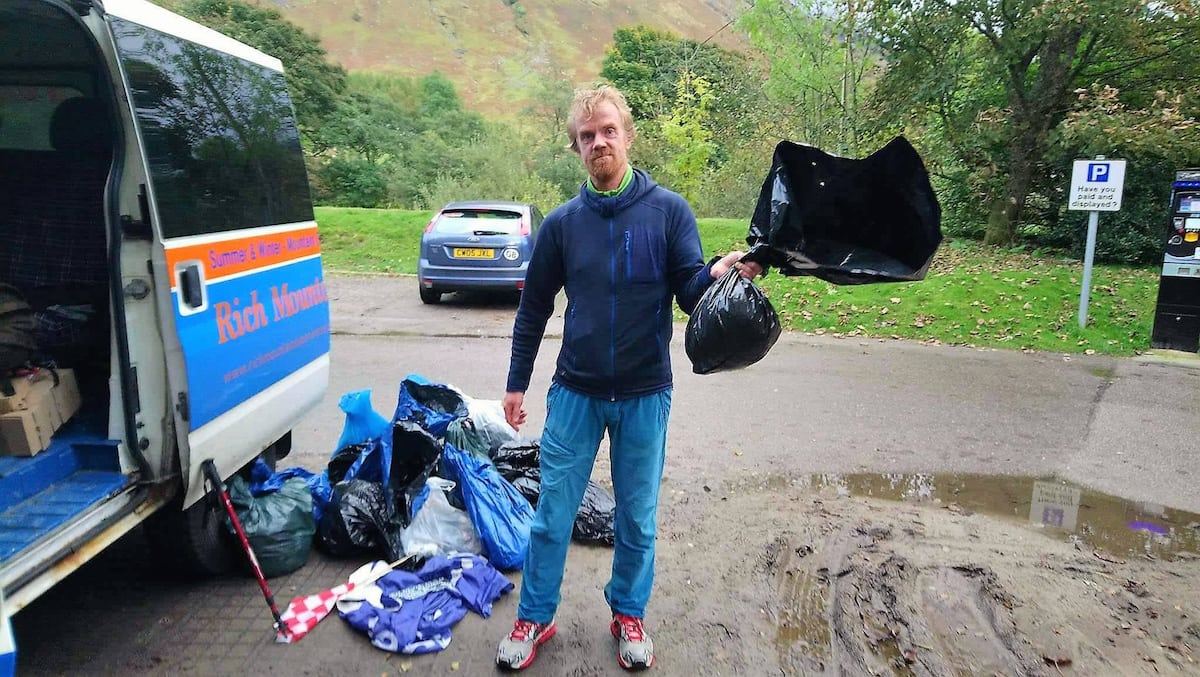 An army of volunteers removed half a tonne of rubbish from Britain’s highest mountains over the weekend – including a massive ball of chewing gum.

The haul from Ben Nevis – the country’s highest mountain – included a 30-year-old peanut wrapper and enough gum to form a 9lb gumball.

Volunteers also made their way to the top of Scafell Pike and Snowdon, clearing as much as they could from the summit areas and popular routes.

Other finds included flags, bits of walking poles, pasta pots, and some old tin can drinks.

Mountain guide and climbing instructor Richard Pyne, who is behind the ambitious project, titled the Real Three Peaks Challenge, said:

“It was a lot better than it was but we are still finding rubbish from back in the day.

“We are finding lots of chewing gum and filled a bag with a ball of about four kilos. It’s bigger than someone’s head.

“Ben Nevis had a markedly lower uplift this year due to a litter pick by The John Muir Trust the previous week.

“I am still trying to find out how much they took off the hill to give us a more accurate figure.

“But the trust, land management folks and hill goers, whether walkers, climbers or guides also pick up litter throughout the year.

“The amount of plastic bottles has gone down. But we are still finding peanut packets from 1987.

“We also found the horseshoe from a pony which was probably working on the track to service the observatory in the period of 1883 – 1904.”

The clean-up of 4,411-feet high Ben Nevis was part of a combined effort to tidy Scotland’s, Wales’s and England’s three highest peaks.

More than 264lbs of rubbish were removed from Ben Nevis after the mountain attracted 100,000 plus walkers this year.

The clean-up has in the past removed 1.8 tonnes of litter from the mountains.

This year, alongside the ‘Big 3’ peaks, seven additional areas got deep cleaned too.

Organisers said the figures were likely to increase as they are awaiting further results from the weekend.