Speaking on Steve Bannon’s show WarRoom, Ben Harnwell said there is a “direct causal link” between her activism and Russia’s invasion of Ukraine last week. 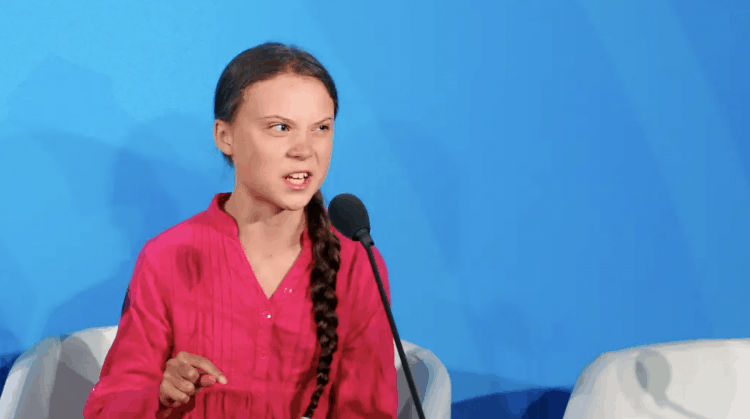 Greta Thunberg is guilty for the war in Ukraine, the partner of Trump’s former political adviser has said.

Speaking on Steve Bannon’s show WarRoom, Ben Harnwell said there is a “direct causal link” between her activism and Russia’s invasion of Ukraine last week, indy100 has reported.

He said: “There’s a direct causal link between Greta Thunberg at the UN podium with the tears down her cheeks saying ‘how dare you’, between that and all the damage she’s being doing throughout Europe and the world, pushing for climate fanaticism and Vladimir Putin’s dominance and being able to invade Ukraine last week.”

He was referring to the Swedish climate activist’s famous speech from 2019 at the United Nations climate action conference – where she criticised world leaders for not doing tackling the climate crisis.

She said at the time: “My message is that we’ll be watching you. This is all wrong. I shouldn’t be up here. I should be back in school on the other side of the ocean. Yet you all come to us young people for hope. How dare you!

“You have stolen my dreams and my childhood with your empty words. And yet I’m one of the lucky ones. People are suffering. People are dying. Entire ecosystems are collapsing. We are in the beginning of a mass extinction, and all you can talk about is money and fairy tales of eternal economic growth. How dare you!

“For more than 30 years, the science has been crystal clear. How dare you continue to look away and come here saying that you’re doing enough, when the politics and solutions needed are still nowhere in sight.

She added: “How dare you pretend that this can be solved with just ‘business as usual’ and some technical solutions? With today’s emissions levels, that remaining CO2 budget will be entirely gone within less than eight and a half years.”

Two and a half years later, Russia invaded Ukraine, with president Vladimir Putin ordering its military that nuclear deterrent forces are put on high alert, as western countries have moved to sanction his country for the conflict.

And a Russian convoy spreading across 40 miles is closing in on Kyiv, as Ukrainian president Volodymyr Zelensky accused Russia of war crimes for bombing Kharkiv city.

Speaking on TV on Sunday, Putin said: “As you can see, not only do Western countries take unfriendly measures against our country in the economic dimension – illegitimate sanctions that everyone knows about.

“But also the highest-ranking officials of leading NATO countries are allowing themselves to make aggressive statements in relation to our country.

“For this reason I order the minister of defence and the chief of general staff to put deterrent forces on special combat duty.”