Last week, they posted a meme comparing Putin to Hitler. 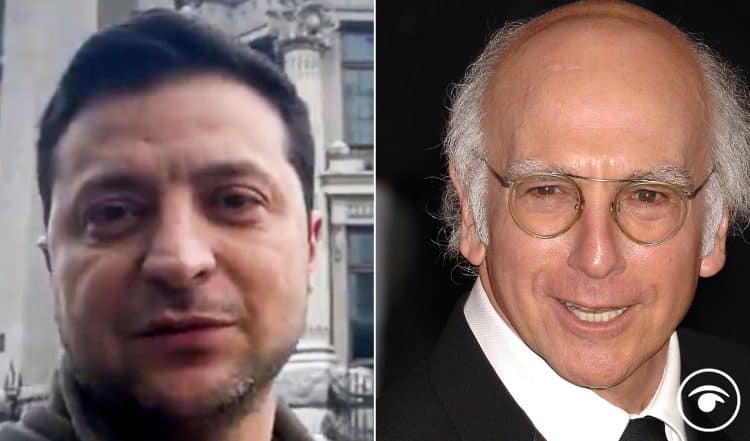 Ukraine is on the brink of a “humanitarian catastrophe”, Britain’s UN ambassador Dame Barbara Woodward has warned an emergency meeting of the Security Council.

However, the battle is also on-line, in the form of cyber-attacks and the PR battle. It is a long way from the battlefield, but swaying public opinion is a huge factor in this conflict, and the Ukraine official Twitter account was at it again.

As Russia continues its assault on the eastern European country, Dame Barbara was among those at the UN to accuse the Kremlin of launching “indiscriminate attacks against men, women and children” and violating international humanitarian law.

She said: “As a result of President Putin’s decision to launch a full-scale invasion of Ukraine, a country of 44 million people is now on the brink of humanitarian catastrophe.

“Missiles have rained down on Kharkiv, with cluster munitions hitting residential areas and injuring residents. Disruption to supply chains has caused food shortages in Kramatorsk.

“The reckless bombing of an oil depot in Vasylkiv, has unleashed toxic fumes in nearby communities.

“Violence in Kyiv has forced people to seek refuge underground, with many thousands, including the elderly and disabled, unable to evacuate.”

A video uploaded to a news report of Ukrainians preparing Molotov cocktails to fight Russians.

The tweet reads: “A group of Ukrainians was preparing Molotov cocktails to welcome Russian invaders. But one guy seemed dissatisfied. His regret: Russian armored vehicles may all get burnt by someone else before he can put his cocktail to practice.”

Then after the man speaks to camera Ukraine’s Twitter have account added the theme tune to Curb Your Enthusiasm and play the credits.

The bloody and bizarre war gets stranger and more deadly by the minute.