Greta always seems to have the last laugh. 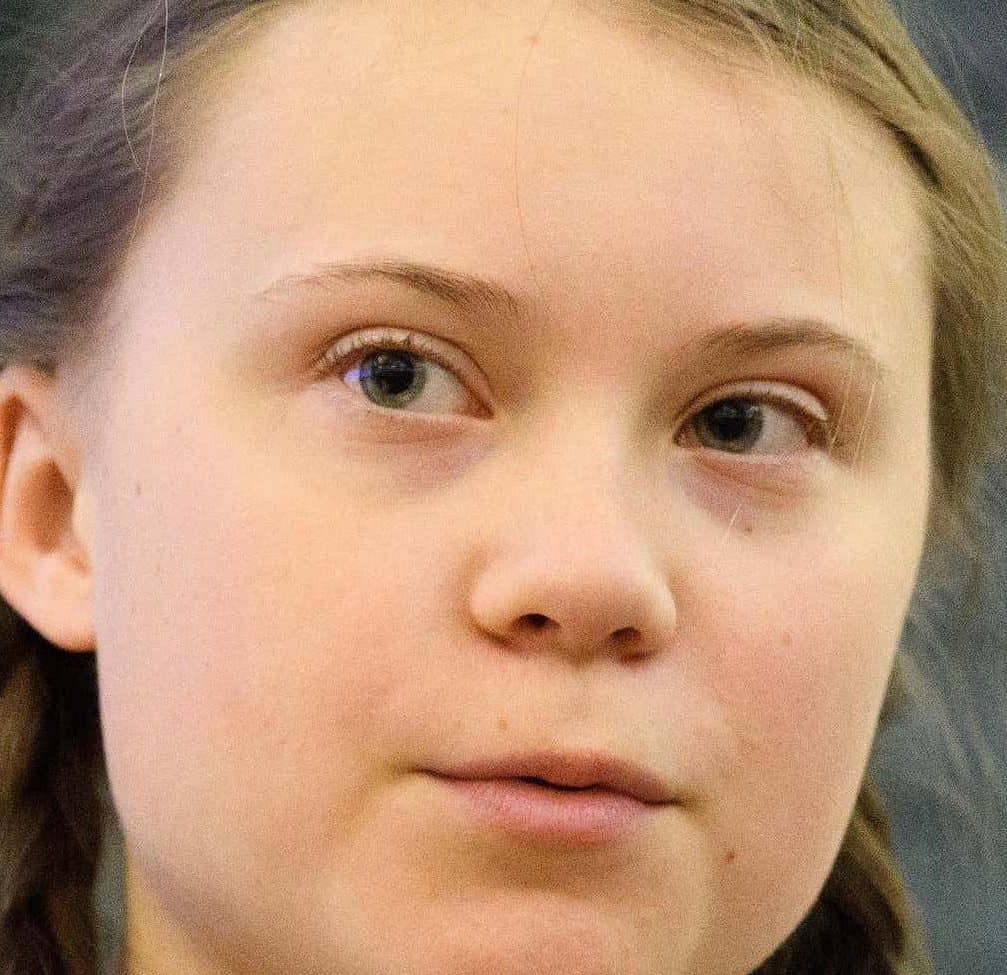 They keep coming for her, but Greta Thunberg always has the right response.

This time the China Daily newspaper, essentially owned by the ruling Communist Party, published a piece, that attempted to fat shame her and bizarrely called Thunberg the “environmental princess”.

It seems she has got the Chinese state in a state for calling out the country for its carbon emissions.

“Although she claims to be vegetarian, judging from the results of her growth, her carbon emissions are actually not low,” said writer Tang Ge.

The 18-year-old wasn’t having that though.

She tweeted: “Being fat-shamed by Chinese state owned media is a pretty weird experience even by my standards. But it’s definitely going on my resume.”

Being fat-shamed by Chinese state owned media is a pretty weird experience even by my standards. But it’s definitely going on my resume. https://t.co/VfSEHU5N1A

A lot of people came out on-line to support her.

Adults: the youth are not mature enough to understand politics.

Youth: an exponential rise in carbon emissions are causing the climate crisis and we need to take action to secure out future.

Adults: no ur fat

I remember in your I Am Greta documentary you laughing when you read a troll had called you an "Asperger cutie piglet".

Your ability to laugh like that is just one of many of God's graces in fashioning you as a role model for the world.

I love you @GretaThunberg , you are a rockstar! I'm old enough to be your mom, yet I've learned so much from you! ????? pic.twitter.com/otIFINVxlx

They're just resorting to insults because they're in the wrong and you're making a big difference. Keep up the fantastic job you're doing, Greta! You're a courageous hero.

It’s merely distraction. You have tremendous strength, Greta, and are admired by many world-wide for your willingness to speak truth that many do not wish to hear. As an older US citizen, I admire you. Keep the faith and keep up the good work.

Greta is not the only voice, and recognition is slowly building for other young activists the world over.

Here are just a few of them…

Still one of the youngest members of an already-young movement, Licypriya Kangujam makes Greta Thumberg look like a seasoned campaign veteran. She began advocating for climate action outside the Indian parliament in 2019 at just six years old, with an impressively specific set of demands, including climate education and air pollution laws.

She has already given multiple TEDx talks, spoken at the United Nations Climate Conference (COP25), founded ‘The Child Movement’, a young, global climate justice organisation, and travelled to 32 different countries to give speeches and raise support. What had you done, aged nine?

Kenyan teenager Lesein Mutunkei has two overriding passions: sport and the environment. After reading about the climate crisis in school aged 12, Mutunkei founded Trees4Goals, with the simple mission of planting 11 trees every time he scores a goal. Fortunately he’s a capable footballer, and has planted more than 1,000 trees so far, while also attending climate conferences across the world.

These schoolgirl sisters from Southampton were as surprised as anyone when their petition against plastic toys in fast food meals went viral, attracting over half a million signatures. The pair, then aged seven and nine, started their campaign after learning about the effects of plastics on the world’s oceans at school, specifically naming and targeting Burger King and McDonalds.

They won both battles, with Burger King calling time on plastic toys in 2019, saving around 320 tonnes of plastic per year, and McDonald’s going plastic-free in 2020. Their efforts earned them the Future Leader Award at the UK Climate Coalition’s Green Heart Hero Awards last year.

A fully fledged member of the Fridays For Future climate strike movement, Platt’s story starts way back in 2015, during a walk in the park with her grandfather. Then seven years old, she decided to count pieces of plastic on the ground, and totted up 91 bits of refuse in just 10 minutes.

She started Lilly’s Plastic Pickup, enlisting participants first from her school and then beyond, and has personally picked up more than 100,000 pieces over the years. She also holds an array of ambassadorial roles, for organisations ranging from Earth.org to the Plastic Pollution Coalition.

A powerful voice not only on the climate struggle, but also the struggles of indigenous communities, Xiuhtezcatl Martinez has Mexica heritage (the indigenous people of Mexico), and argues that climate action must be part of a wider struggle against injustice and inequality.

A hip-hop artist as well as a campaigner, sometimes known only by the initial ‘X’, he is youth director for global international activist organisation Earth Guardians, and one of 21 plaintiffs in Juliana vs United States, an ongoing attempt to sue the US government for its use of fossil fuels.

Now 21 years old, He has spoken at the United Nations on multiple occasions, giving speeches in English, Spanish and his native language Nahuatl.

One of the main one minds behind Germany’s Fridays For Future climate strike programme, and often hailed as ‘The German Face of the Movement’, Luisa Neubauer was involved in climate activism long before Greta Thunberg first held a sign outside the Swedish parliament. She earned her spurs in a long succession of advocacy groups through her teens and early 20s, and is now part of UN Secretary General Antonio Guterres’s new Youth Advisory Group on Climate Change.

Now aged 25, she’s been appointed to the judging panel of the Duke of Cambridge’s £50 million Earthshot Prize, alongside the likes of broadcaster Sir David Attenborough and actress Cate Blanchett. William praised the “inspirational” Neubauer, alongside fellow activist Ernest Gibson.