Trump has been permanently banned from Twitter so will not be able to respond. 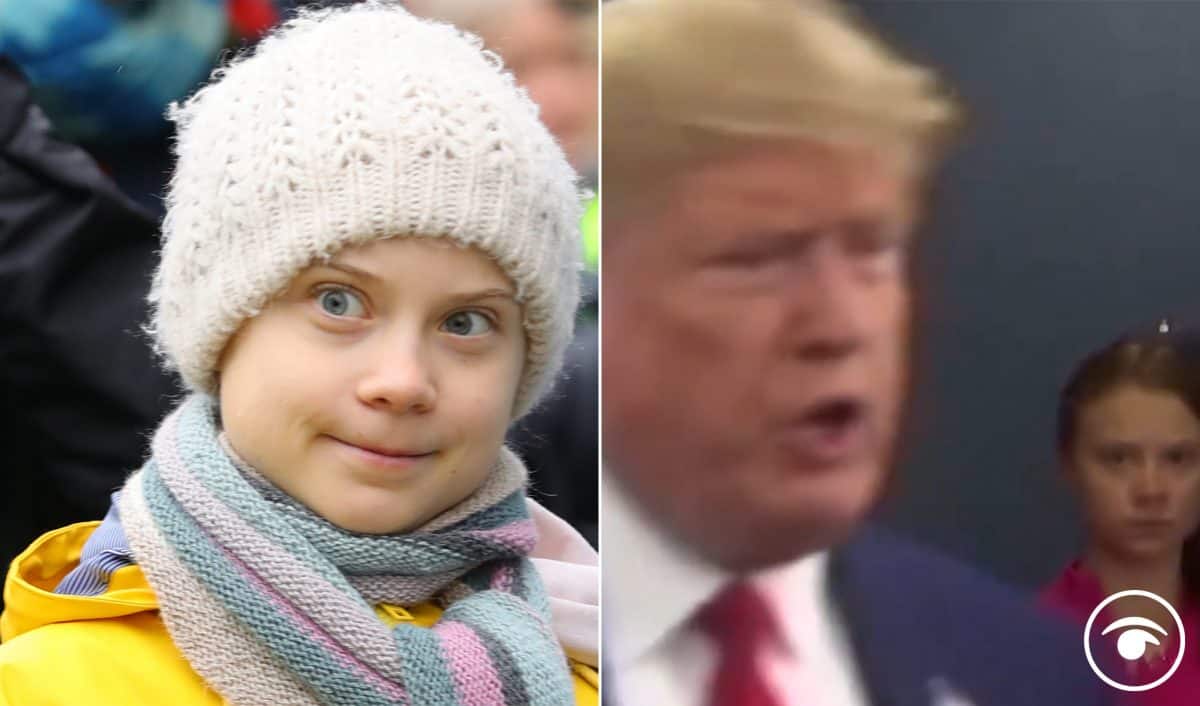 Environmental campaigner Greta Thunberg poked fun at Donald Trump as he left the White House for the final time as president.

The teenage climate activist tweeted an image of Mr Trump as he boarded Marine One, and said: “He seems like a very happy old man looking forward to a bright and wonderful future. So nice to see!”

The comment was a word-for-word parody of Mr Trump’s own remarks about her following an address to the Davos summit last January.

He tweeted at the time: “She seems like a very happy young girl looking forward to a bright and wonderful future. So nice to see!”

Mr Trump has been permanently banned from Twitter so will not be able to respond.

It is not the first time the 18-year-old has mocked the former president on Twitter, taking a jibe at his criticism of her.

After the election, she tweeted that he must “work on his Anger Management problem” in response to his continued call for vote counting to stop in the presidential election.

That tweet mocked Mr Trump’s words – telling Thunberg to work on her “anger management problem” – which he wrote in December 2019 after the environmental campaigner was named Person Of The Year by Time Magazine.

Mr Trump will be the first president in modern history to boycott his successor’s inauguration.

Related: Top reactions as Donald Trump announces who he will pardon