She was among hundreds of people who resumed anti-mining protests at multiple locations in the western German state of North Rhine-Westphalia. 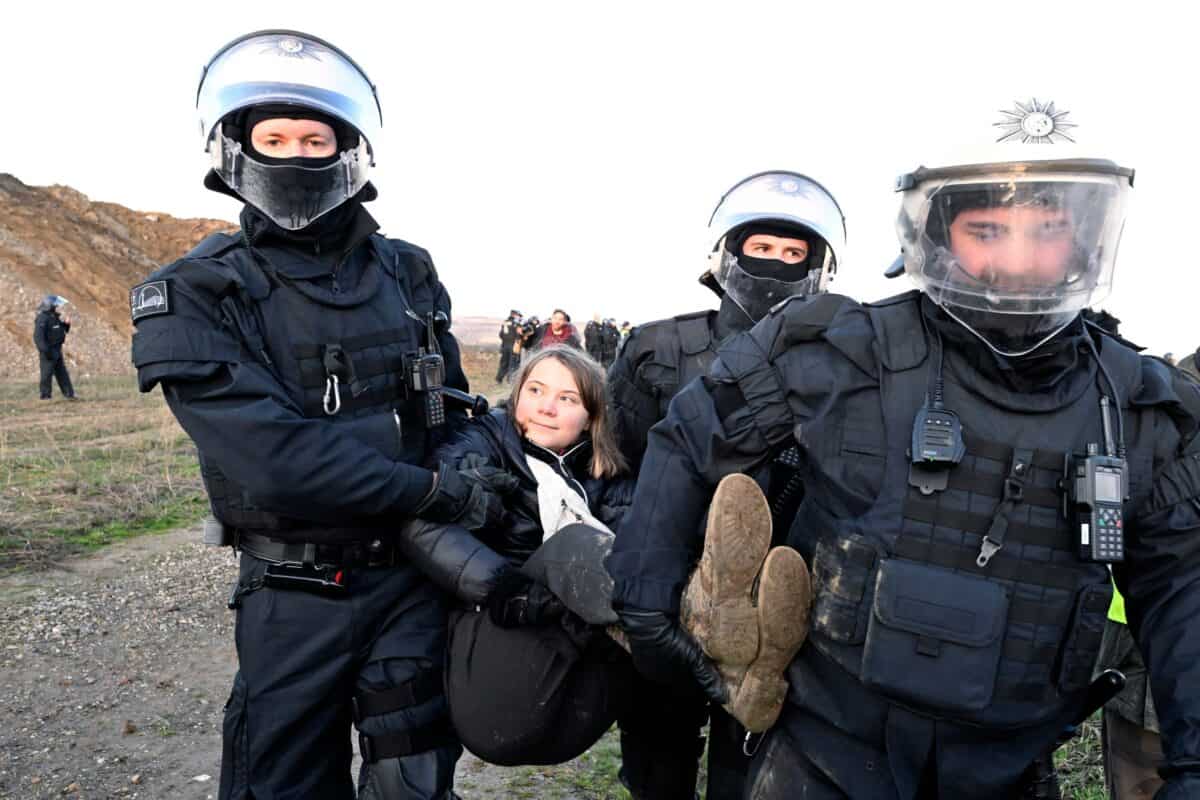 Police in western Germany have carried Swedish climate activist Greta Thunberg and other protesters away from the edge of an open coal pit mine where they demonstrated against the ongoing destruction of a village to make way for the mine’s expansion, German news agency dpa reported.

Ms Thunberg was among hundreds of people who resumed anti-mining protests at multiple locations in the western German state of North Rhine-Westphalia a day after the last two climate activists holed up in a tunnel beneath the village of Luetzerath left the site.

She was detained alongside other activists on Tuesday.

“There is no reason to hold them for days. It might take hours or they will go immediately,” a spokesperson for regional police in Aachen said, speaking about the whole group of demonstrators.

Elsewhere in western Germany, dozens of climate activists glued themselves to a main street in Germany’s western city of Cologne and to a state government building in Duesseldorf.

Near Rommerskirchen, a group of about 120 activists also occupied the coal railroad tracks to the Neurath power plant, according to police and energy company RWE.

Those who refused to leave the tracks were carried away, dpa reported.

In addition, several people occupied a giant digger at the coal mine of Inden, while hundreds of other protesters joined a protest march near Luetzerath.

The village itself was evacuated by the police in recent days and is sealed off.

Once again, there were a few clashes with the police.

Several activists ran over to the Garzweiler open pit mine, according to dpa.

They stood at the brink of the open pit, which has a sharp break-off edge.

Police said it was dangerous and people were prohibited from staying there.

Ms Thunberg had travelled to western Germany to participate in weekend demonstrations against the expanded mine and also took part in Tuesday’s protest near Luetzerath.

Police in nearby Aachen said a group of around 50 protesters got dangerously close to the rim of the mine and did not want to leave despite being asked to do so.

All the people in that group had to be carried away from the edge of the mine and were then temporarily held to determine their identities, police said.

Photos from the scene showed Ms Thunberg was one of those whom officers took away.

One protester was able to enter the mine, RWE said, calling the move “very reckless”, dpa said.

A police spokesman, who spoke on condition of anonymity as is customary in Germany, said he was not permitted to give out any details on Ms Thunberg or any other individuals who participated in the protest due to privacy rules.

Activists have cited the symbolic importance of Luetzerath for years, and thousands of people demonstrated on Saturday against the razing of the village by RWE for the expansion of the Garzweiler coal mine.