They spent most of their lives walking across the sea bottom of deep, offshore waters 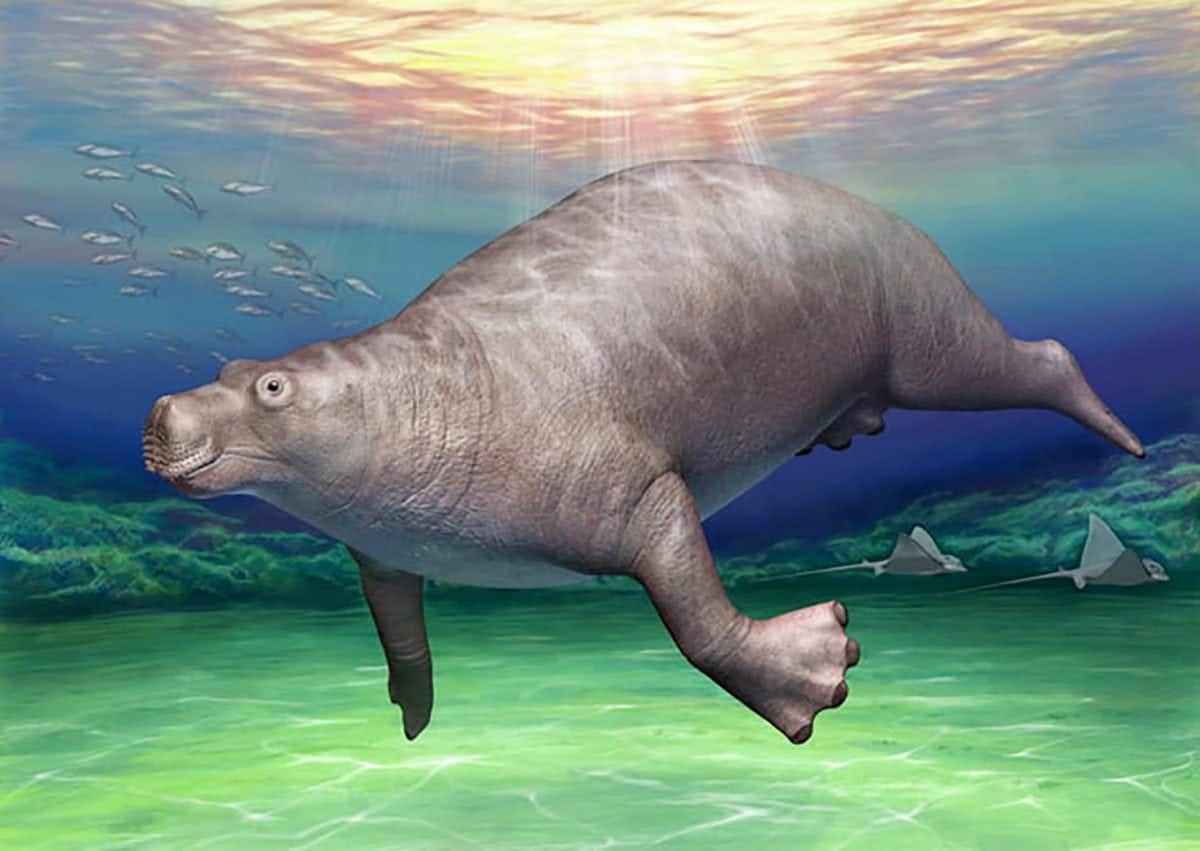 A ‘prehistoric hippo’ roamed seas off the coast of Japan 16 million years ago, say scientists.

The bizarre aquatic mammal was identified from a bone that had been gathering dust for more than 60 years – and was thought to have belonged to a dinosaur.

Now a study has revealed it came from an animal similar to a hippopotamus that existed long after the asteroid strike that wiped out the giant reptiles.

The fossilised thigh bone – complete with “muscle scars” – was dug up in the town of Tsuchiyu Onsen, Fukushima, in the 1950s during the building of a dam.

It was eventually put in a museum cabinet – where it lay forgotten, until now.

It was actually an early species of a plant eater called Paleoparadoxia, Greek for ‘ancient paradox’.

At more than seven feet long, it inhabited the Pacific coast during the Miocene, 20 to 10 million years ago, ranging from the waters of Japan to Alaska in the north and Mexico in the south.

Dr Kumiko Matsui, of the National Museum of Nature and Science, Ibaraki, said his team were able to track down the fossil site owing to the original hand-written note kept with the bone.

It was recognised as a ‘dinosaur’ bone among the locals and displayed in the Village Hall until the town experienced a ﬁre disaster in 1954. 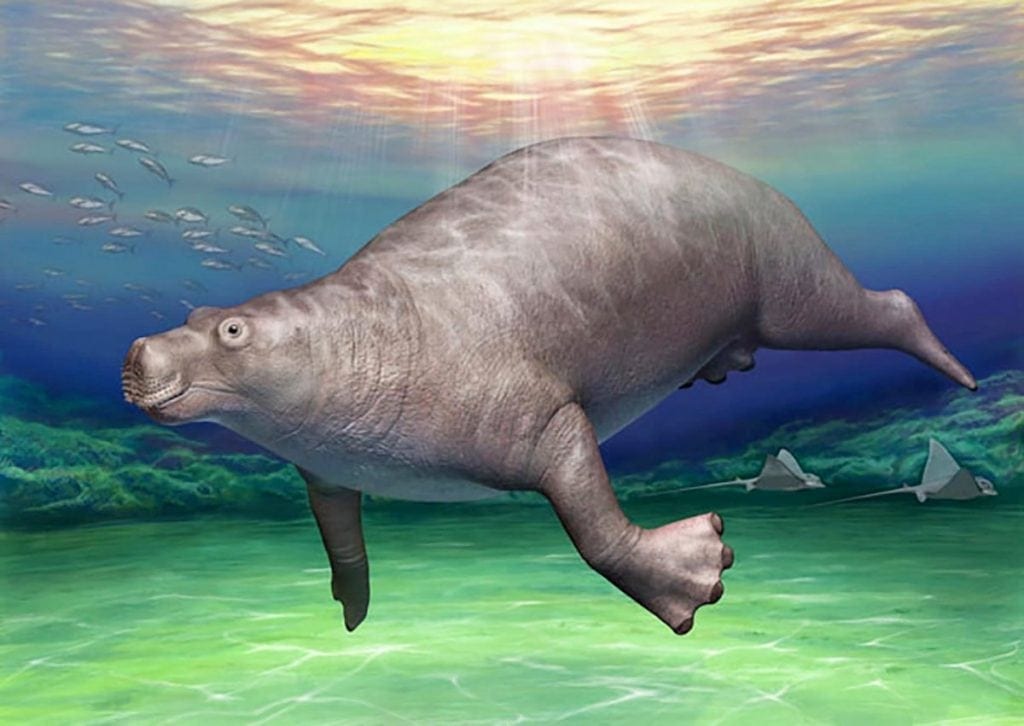 Dr Matsui said: “The fossil was identiﬁed to be a right thigh bone of Paleoparadoxia, which shows well-preserved muscle scars on the surface.”

Dating tiny crystals in rocks called zircons, his team estimated it to have lived 15.9 million years ago.

Paleoparadoxia would have survived on seaweeds and grasses. Its bulky body was well adapted for swimming and underwater foraging.

Originally thought to be amphibious, it is now believed to have been a fully marine mammal, spending most of their lives walking across the sea bottom of deep, offshore waters.

Dr Matsui said the study published in Royal Society Open Science underlines the importance of ‘treasures’ housed in museum collections with many waiting to be catalogued and described.

In the spring of 2017, one of his team happened to ﬁnd an old wooden box in the geological collection room at the museum, part of the University of Tsukuba.

Dr Matsui said: “A femur (thigh bone) was in the box with an old label that contains a person’s name, the date and a local address.

“It shows the best preserved femoral surface of all Paleoparadoxia specimens.”

From it they were able to assemble a 3-D model and the most accurate artistic impression to date.

Dr Matsui explained: “Over the course of the study, we found two people who knew about the fossil.

“One is Mr Kazusuke Tanno. When we showed the femur to Mr Tanno, he immediately recognised it.

“According to his memory, a large ‘dinosaur’ bone with a rib bone and some fragments were found by Mr Tadayasu Azuma during the construction of the Higashi Karasugawa River 1st Dam.

“Mr Tanno says the fossils were discovered at the intersection between the Higashi Karasugawa River and its mainstream river, Arakawa River, while they were digging the bedrock to make steps towards the mainstream.

“It is said that Mr Azuma kept the fossils in his house for a while, but the ‘dinosaur’ bones were later displayed in the Village Hall.

“Then, at some point, a university teacher took the well preserved ones, presumably a femur and a rib, with him. Mr Tanno remembers it to have happened around 1954.”

In February of that year a devastating ﬁre destroyed most of the city and caused damage valued at $2.7 million dollars.

But, remarkably, the small bones survived.