Paul Powlesland, a lawyer himself, visited James Stephen’s headstone after reading a book about the abolition of the slave trade. 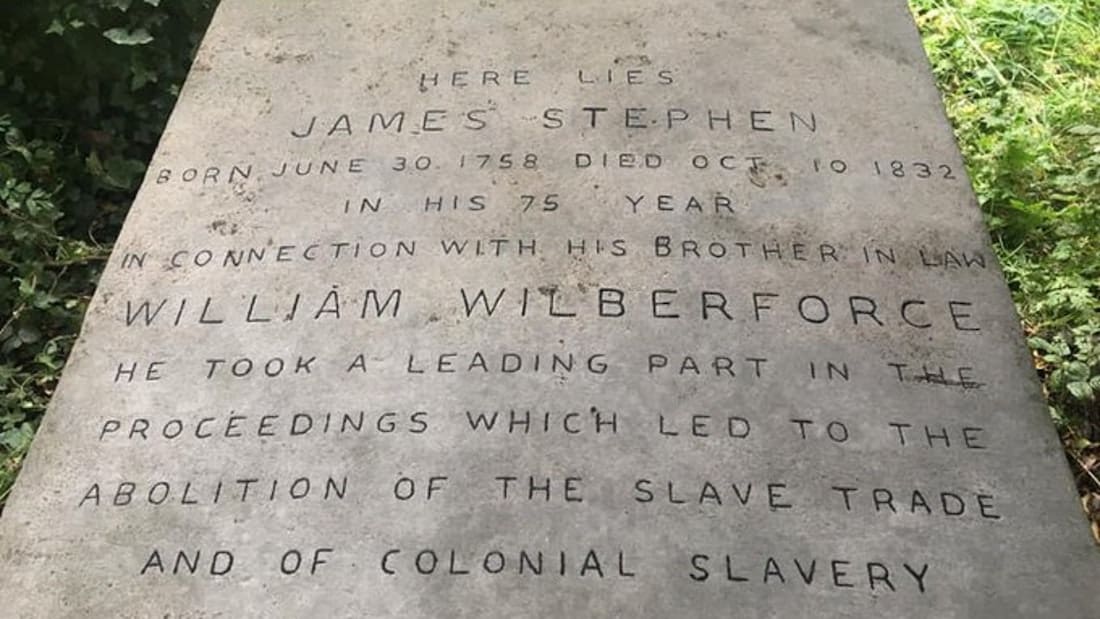 A lawyer has been single-handedly restoring the grave of one of the men behind the Slave Trade Act after discovering it overgrown and covered in moss.

Paul Powlesland, 34, visited the headstone of James Stephen in London after reading a book about the abolition of the slave trade.

The grave in St Mary Churchyard, Stoke Newington, directly references the role he played in helping to end colonial slavery.

Mr Powlesland said: “I found the grave online but I couldn’t read the inscription.

“So I thought I would come back and try and clean it off, and I came back on Tuesday and gently washed the moss away but the inscription was really faint so I painted it back in.

“I could only read it once I had written it back in.”

A barrister, working for Lawyers For Nature, Mr Powlesland said: “I think it’s really struck a chord at a time we are reconsidering what history we want to celebrate and why.

“I think people are liking the fact there are positive things to celebrate, as well as the reckoning which obviously needs to happen in relation to other parts of our history, where we celebrated people who didn’t deserve to be celebrated.

“I think it gets complex but I think there is a need for a national conversation around that or there is the risk it is going to turn into another culture war.”

Mr Powlesland said he felt inspired by the work Stephen did as a lawyer.

“We don’t have enough legal role models,” he said.

“Whenever I go into courts there are these bewigged older men who generally did awful things and upheld brutal systems which were oppressive to women, to people of colour, to many of my ancestors who were poor and working-class people.

“So to find a lawyer who saw the trials of slaves and then dedicated his life to the ending of that, against most people in his class and profession, it was very inspiring.”

An environment lawyer, Mr Powlesland has been researching the abolition of the slave trade hoping it will provide inspiration for his own environmental campaigns.

He said: “William Wilberforce had introduced the same Bill into Parliament that failed every year from 1790 onwards to try to end the slave trade.

“In 1805, Stephen introduced an Act that would make it illegal to assist foreign shipping because we were at one with France at the time knowing that would take down two-thirds of the slave trade.

“And that paved the way for the actual end of the slave trade in 1807.

“The lesson for me is that lawyers have a duty to listen to their conscience and do whatever they can in the service of justice – and many lawyers have lost their message in an avalanche of greed.”