There is some debate about whether Penny Lane was named after James Penny, but the evidence is not conclusive. 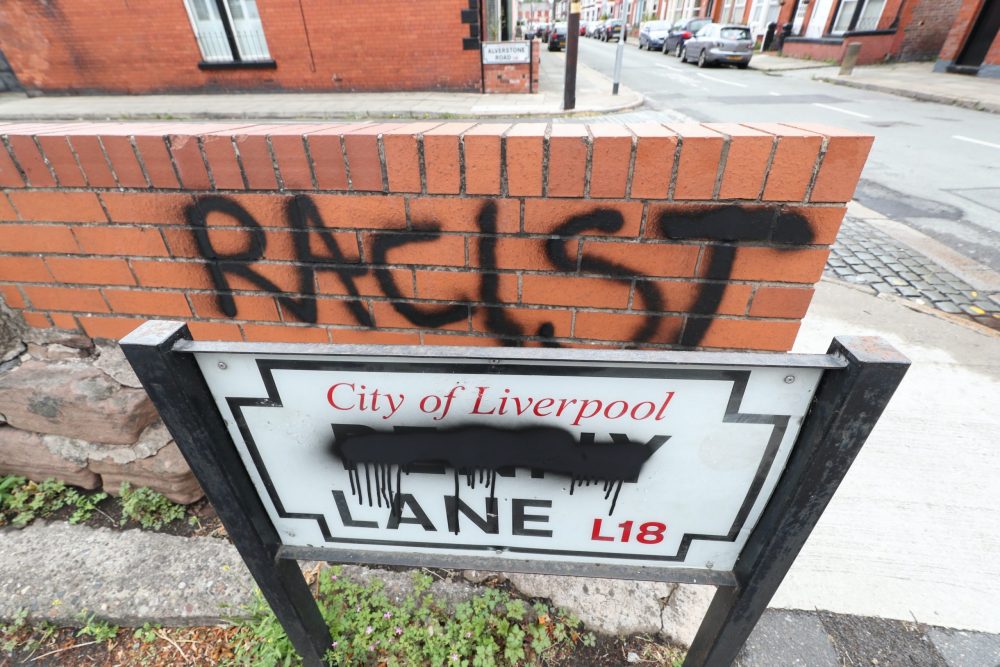 Road signs in Liverpool’s Penny Lane have been vandalised after speculation over whether it was named after a slave trader.

Four signs on the road, made famous by The Beatles song of the same name, were spray-painted over on Friday morning, with the word “racist” painted on the wall above one sign.

By midday, the graffiti had been cleaned off by residents Emmett O’Neill and Lucy Comerford.

One of the signs featured an autograph by Sir Paul McCartney, who signed his name when he visited the area for an episode of James Corden’s Carpool Karaoke in 2018.

A screen placed over the sign to protect the signature meant it was not damaged by the graffiti.

Mayor of Liverpool Joe Anderson said earlier this week there is no evidence that the road is named after slave trader James Penny, explaining its name instead refers to a toll.

The International Slavery Museum, based in the city, said research is being carried out into the origins of the name.

Mr Anderson said he would support moves to rename other buildings and roads in the city that have links to the slave trade.

Responding to a post on Twitter, he said: “We will have a discussion and debate with the black community and others to see what action we should take.”

Our thoughts on Penny Lane’s history, the research into its name and the need to be responsive to new evidence. pic.twitter.com/PAweUw2vCK

Following the vandalism of the signs, a spokesman for the International Slavery Museum said: “There is some debate about whether Penny Lane was named after James Penny, but the evidence is not conclusive.

“We encourage discussion on this topic and openly talk about this with our visitors.

“As a museum, we must be responsive and reflect on new evidence, adapting our displays and interpretation accordingly.

“We are actively carrying out research on this particular question and will re-evaluate our display on Liverpool street names and change if required.

“This is an extremely important subject to the museum and the city of Liverpool, and we want to encourage the public to share evidence and research on this topic if they have any.”

Related: Khan warns of ‘violence and disorder’ as far-right protest planned in London