"Ministers have struggled to get their story straight, but it's clear to us now why they have been so backward in coming forward. Has there ever been a Government so allergic to accountability?” 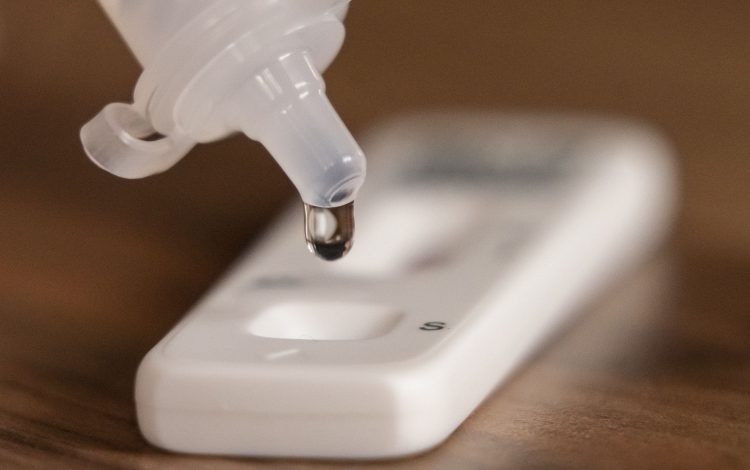 Civil servants described the Government’s shambolic Covid testing programme as ‘unlegit’ and ‘no way to do business’ in a series of explosive emails that will be revealed by Good Law Project at the High Court this week.

The not-for-profit organisation that uses the law to protect the interests of the public, is once again challenging the Department of Health and Social Care over its awarding of multi-million pound contracts during the pandemic. And once again it can be shown that the Government created a ‘VIP route’ for preferred suppliers, as it did for PPE contracts.

Lawyers for Good Law Project will show that medical diagnostic firm Abingdon Health was given preferential treatment when it was awarded several multi-million pound contracts to produce antibody tests which later failed to pass regulatory tests. Despite warnings from the Government’s own lawyers that these contracts could be unlawful as they bypassed the correct procurement process, emails show Ministers steamrolled the project anyway, with then-Secretary of State Matt Hancock exhorting his team to “go hell for leather” at it. The contracts were awarded secretly, without any advertisement or competition, and – Good Law Project will argue – without any lawful decision-making process.

The hearing will disclose several alarming emails highlighting civil servants’ concern at ministerial behaviour, including former health minister Lord Bethell, who is already mired in controversy over his use of personal devices and his deletion of WhatsApp messages relating to Government business.

At one point, Steve Oldfield, Chief Commercial Officer at the Department of Health asked David Williams, the accounting officer at the Department of Health to “have a quiet word with Bethell and explain to him that we could make this all a lot more legit if we just took two days to do a public call-to-arms to ‘flush out’ any other companies who might be able to play a role in this space, and remove the criticism that we haven’t given everyone a fair chance?”.

Mr Williams also expressed wider concerns about ‘how unlegit the entire testing strand is’ and wrote to Kathy Hall, formerly a Director in the Department of Health & Social Care, in April 2020, “I am concerned that in this area of our coronavirus response we are running at pace without any clear financial approvals and well outside departmental delegations. It [i.e. the Covid testing programme] is a clear outlier. It is important to regularise that partly for the audit trail, partly to protect you and your teams when things go wrong and partly to provide a framework against which decisions can be made at speed.”

The hearing will disclose further emails between senior civil servants discussing how they were told “don’t bother with HMT and rules, just buy the stuff and we can deal with it later” and another specific reference to “No 10” trying to push through a (separate) deal that was “dodgy”. Costs on testing procurement seem to have quickly spiralled out of control, with concern being expressed about the “lack of clarity on value being delivered against big contracts such as Randox”.

Gemma Abbott, Legal Director of Good Law Project said: “Our legal action has uncovered a secret VIP process for testing contracts, revealed persistent use of secretive back channels for important Government business, and exposed a shocking waste of public money on Covid tests that weren’t fit for purpose.

“Over the life of the case, Ministers have struggled to get their story straight, but it’s clear to us now why they have been so backward in coming forward. Has there ever been a Government so allergic to accountability?”

Not only did ministers throw caution and correct procedure to the wind, Government bought the tests knowing they weren’t fit for the original purpose – and hardly any of them were used. According to an email written by a senior civil servant in Test and Trace, just a couple of months after the Government agreed to buy the tests from Abingdon, they were reduced to “tart[ing] the [Abingdon Health test]… around for uses” and concerned that a proposed free donation of the Abingdon tests to Biobank (a UK charity) would fall through because the Government would then be “a bit stuffed and will look like we’ve bought a load of worthless devices”.