"I've got nothing left to sell. I've sold everything.I wake up crying and my heart's pounding." 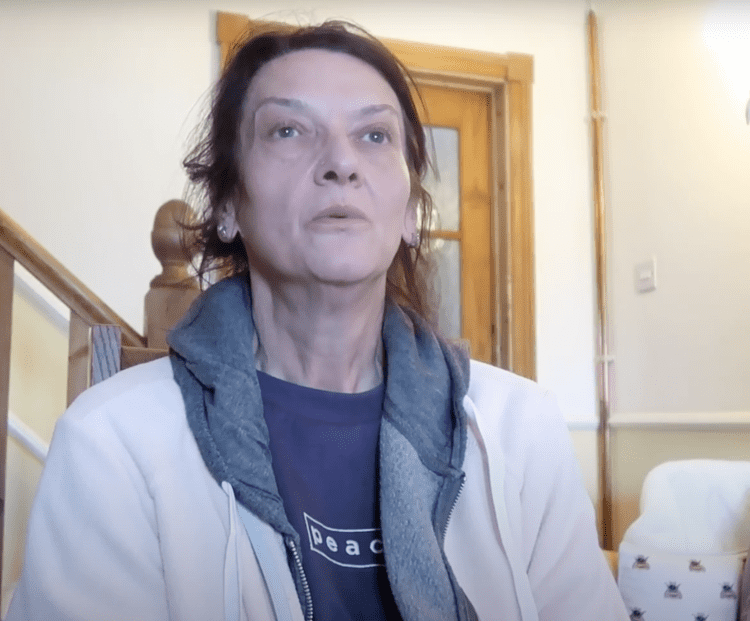 A disabled grandmother lives by candlelight and eats just one nutritious meal a day after her bills have spiked by hundreds of pounds due to the coat of living crisis.

Rita hasn’t turned on the heating since Christmas and keeps warm by wearing several jumpers and using a hot water bottle.

The 58 year old, who declined to give her surname now lives with the fear she will be made homeless if prices on rent and electricity continue to rise.

She said she has been forced to remove all light bulbs from her house and gets up at 5am to do housework to make sure of the Economy 7 cheap off-peak electricity.

Rita, who suffers from complex PTSD alongside other medical conditions like fibromyalgia, says she has also not turned on the heating since before Christmas.

She is unable to go to work as she has to care for her 23-year-old autistic son.

Rita says her rent for her three-bedroom home in Medway, Kent, has risen by £400 and that electricity jumped from £78 to £249 a month.

She said she has now been forced to use a food bank for the first time in her life and says she is replanting vegetables so she can grow her own in the future.

Rita said: “I remember we were driving somewhere when the pandemic first started. We went past Canterbury Street and we saw the queue for the Gillingham Street Angels ( a food bank).

“I’m one of them people now. I never thought that would be me.

“I remember the 70s when there was a three day week, there were strikes, there was an energy crisis, you’d have power cuts, but only one parent needed to go to work to support a family.

“You had school dinners. You had a bottle of milk at school. People were all in it together but it doesn’t seem to be like that now.”

She continued: “There is an us and a them – we are the bottom of the ladder. We are left. We’re left with the leftovers. We are the nothing.”

She added: “I wake up crying and my heart’s pounding.

“I’m constantly crying, I can’t eat and even when I do manage dinner I’m often sick because of the anxiety.”

The family also have a dog and cat, which could become another financial strain if they were to get sick.

Rita assures that if it came to it she would make sure their bills were paid before putting food on the table for herself, and explained how her son would give up everything he loves before letting go of his pets.

She shared: “We are with the PDSA and you do still have to pay for treatment but it’s not too expensive and luckily although they’re both old, they’re healthy.

“I’ve got nothing left to sell. I’ve sold everything.

“My son is autistic and doesn’t go out much but the one thing he likes are his games. He would sell them all, everything he has.”

Rita is very clear in her view that this crunch on finances is not new, and has been a slow and steady rise since October and said the fuel crisis in particular was there “long before the war in Ukraine”.

She is now fearful of the future not only for herself, but also for her 18-year-old daughter, 23-year-old son and grandchildren.

She added: “The malnutrition that’s going to affect the children in the future because they haven’t had the nutrition that they need will affect their bodies in later life.”