“In one of the richest societies in the world, this simply shouldn’t be the reality," said Rick Henderson, chief executive of Homeless Link. 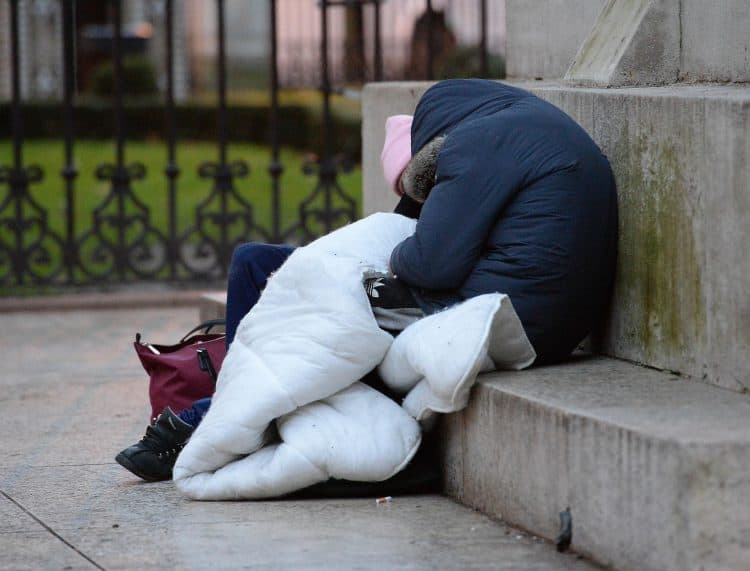 A total of 688 deaths of homeless people were registered last year in England and Wales, including 13 deaths involving coronavirus, according to new estimates.

It is the first time the annual number of registered deaths has fallen since 2014, the Office for National Statistics (ONS) said.

But it said the 11.6% decrease from 2019 was not statistically significant.

The estimated number of deaths is also 42.7% higher than it was in 2013, when the ONS started collecting this data.

The ONS also said the 2020 figures may underestimate the true number of homeless deaths.

It said the Everyone In scheme, which saw thousands of homeless people rapidly brought to safety at the start of the pandemic, had made it more difficult for it to identify homeless people in its records.

People were given emergency accommodation such as hotels to keep them safe and, with no centralised record of these locations, it “has made it difficult to identify deaths of homeless people housed under this scheme”, the ONS said.

The figures include the deaths of people sleeping rough or using emergency or temporary accommodation at or around the time of death.

The total figure includes identified deaths and an estimate of the most likely number of additional death registrations not identified as concerning homeless people.

Due to delays in death registrations, about half of the deaths registered in 2020 occurred before this year, the ONS said.

It said it is too early for it to comment on the impact of the pandemic, lockdowns and Everyone In scheme on the number of deaths due to these delays.

Deaths related to alcohol made up 12.1% of the total.

Almost nine in 10 deaths were of men and 19 deaths involved people under the age of 25.

London and the North West were the regions with the highest number of deaths registered.

The figures show that the death rate of homeless people has more than doubled in three regions since 2013: the North West, Yorkshire and The Humber, and the East Midlands.

Rick Henderson, chief executive of Homeless Link, said 688 deaths in a year is “clearly unacceptable” and these must be investigated to prevent people dying too early in future.

He said: “In one of the richest societies in the world, this simply shouldn’t be the reality.

“But the fact that the number of deaths has officially gone down for the first time in five years and that there were so few deaths from Covid, despite the increased vulnerabilities of many who experience homelessness, is important.

“From April 2020 onwards, the Government provided anyone sleeping rough with accommodation as part of the Everyone In scheme.

“This shows the impact of providing stable accommodation, whilst treating homelessness as a health issue. We must continue to harness this approach moving forward.”