Arctic infrastructure remains in the focus of the miner’s strategy. Russia’s Norilsk Nickel to keep investments flowing into continue expanded infrastructure and cleaner environment in the Russian Arctic, the company said on Monday. 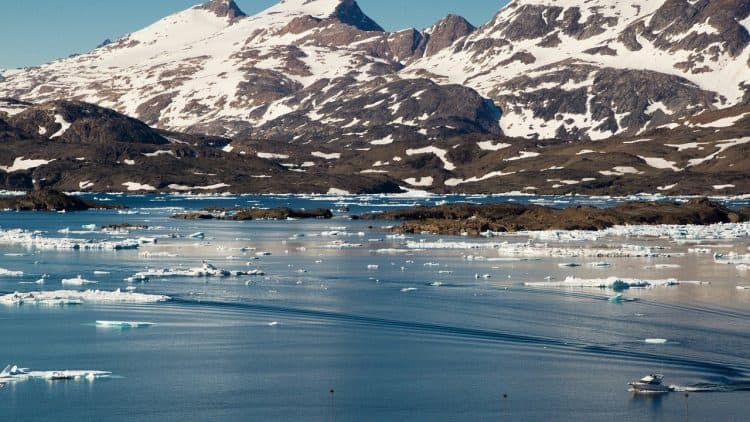 “The Company is naturally positioned to lead the debottlenecking of the Russian Arctic transportation routes and unlock the enormous geologic potential of Taimyr Peninsula. We are planning to expand our transport infrastructure and improve our competitiveness in attracting and retaining the best talents in Norilsk,” the mining company said in the press release.
Nornickel’s newly elected chief operating officer Sergey Stepanov, speaking at the presentation of the company’s long-term strategy, noted that more than 40 buildings in Arctic Norilsk, including those related to urban infrastructure, were decommissioned in 2021 due to damage related to global warming.

Stepanov said that at the beginning of this year Norilsk Nickel set up a special monitoring center where it collects information on the impact of climate change on infrastructure and business.
“We look to see if the temperature is rising or not, whether there is an angle of inclination of the foundations of buildings, or not, and so on. We measure the temperature in the soil, we measure the geometry of buildings, and this can be done by various methods. All information flows to the center. As a result we have taken out more than 40 buildings and structures, that is, we decided not to work there anymore, “Stepanov said.

Some of these buildings are related to urban infrastructure, he said, since the company analyzes, among other things, the state of the city’s facilities. In particular, according to the top manager, in this way the building of the cultural center in Norilsk was recently closed.
“As you know, global warming is already here. Let it be insignificant so far, but, nevertheless, we see certain progress, changes in the soil system. Therefore, we are now looking at our energy infrastructure,” Stepanov said.

In addition to technical audit and infrastructure replacement, where necessary, Norilsk Nickel began to implement long-term investment projects in this area. For these purposes, the company plans to allocate a total of about $ 8 billion.

The company believes that “in order to lead the transition to a ‘green economy’, Nornickel has to settle all legacy environmental issues such as sulphur dioxide emissions and legacy pollution. Managing climate change has become a separate item on the strategic agenda, with the focus put on the management of physical risks of operating in permafrost conditions, but also on opportunities for our commodity basket offered by the global decarbonization trend.”

Achieving zero fatalities has been put on top of the strategic agenda alongside reduction of negative impact on local communities and a major revamp of the city of Norilsk residential and social infrastructure. The KPI system is being aligned with new ESG long- term priorities, concludes the Russian enterprise in a press release.

Earlier, Norilsk Nickel announced a megaproject for the development of Norilsk may become an example for other cities in the Arctic zone of Russia. The strategy bears the ambitious name “Norilsk – 2035” and contains various paragraphs to improve all points of the infrastructure.