Some Tory MPs complained the support package was “throwing red meat to socialists” and would damage investment in the sector. 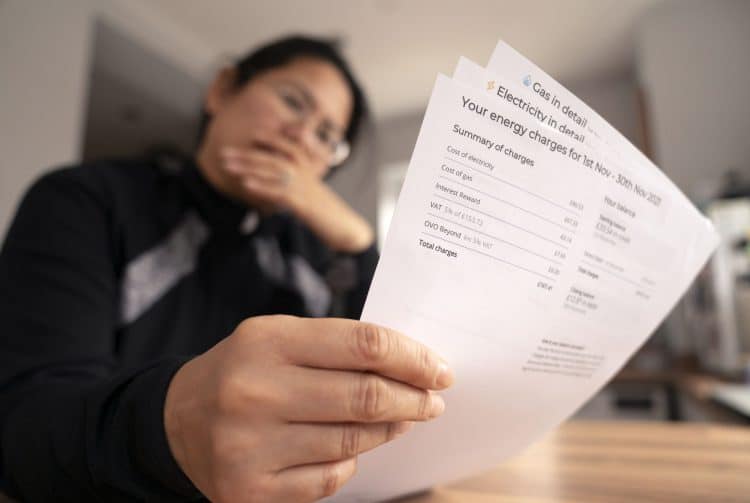 Labour has accused the Government of having to be “dragged kicking and screaming” to take action on the rising cost of living “at the last minute”.

It comes as Angela Rayner, Labour’s deputy leader, said: “Boris Johnson is behaving like a tin pot despot and is trampling all over the principles in public life.

Her comments follow accusations Boris Johnson had watered down the rules for ministers after the code was amended to make clear they will not automatically lose their jobs for a breach.

Party chairwoman Anneliese Dodds criticised what she described as a “frustrating” lack of measures from the Conservatives to tackle the causes of rising prices longer-term and not just the symptoms.

Appearing on Sunday’s morning broadcast rounds, the Oxford East MP welcomed the new windfall tax announce by Chancellor Rishi Sunak on Thursday but pointed out Labour had been calling for such a measure for “five months”.

“It seems that this Government, they tend to be dragged kicking and screaming to action at the last minute,” she told Sky News’s Sophy Ridge On Sunday programme.

Speaking later on the BBC’s Sunday Morning programme, Ms Dodds added: “The really frustrating thing is yes, we’ve finally seen some action from the Government on the symptoms of the cost-of-living crisis… but we’re not seeing any action on the causes.”

The former shadow chancellor was pressed by presenter Clive Myrie on the Government’s decision to offer worst-off families £1,200 to help with rising costs, as opposed to Labour’s proposed £600.

“Are you embarrassed that actually the Conservatives are way more generous than you would have been?” the broadcaster asked.

Ms Dodds insisted Labour’s policies, including a home-insulation programme that would cut household bills every year, offered longer-term support and not just an emergency fix.

She added: “They (the Conservatives) also haven’t taken action to grow our economy. Labour’s saying we need to buy, make and sell more in our country.

“Why is that important? Because we’ve had lower growth under Conservative-led governments than under Labour-led – it’s a big problem.”

The Government’s measures were defended by Richard Walker, managing director of the Iceland supermarket chain, who said Mr Sunak had “stepped up” and “pulled the right levers” to help struggling families.

The supermarket boss told Sophy Ridge he thought ministers were doing a “good job,” despite revealing later in the same programme some of Iceland’s customers are “disappearing into food banks”.

Cashiers at the supermarket, which serves “some of the poorer demographics”, have been asked by some shoppers to alert them when the price of their shopping hits £40 so they can abandon the rest of their items at the checkout, he said.

“There is a tonne of stuff I would like him (Mr Sunak) to do for business, I don’t know how he is going to afford it or we are all going to pay for it but, I think at the moment they are doing a good job,” Mr Walker said.

Labour’s comments come after the Government bowed to months of pressure this week to help households facing soaring bills by announcing a levy on the profits of energy companies.

Some Tory MPs complained the support package was “throwing red meat to socialists” and would damage investment in the sector.

There were also concerns that a £400 discount on energy bills for every household in the country, regardless of how well off they are, would further fuel inflation which is already heading towards 10%.

Under Mr Sunak’s plan, almost all of the eight million most vulnerable households could receive at least £1,200 of support, including a previously announced £150 council tax rebate.

The measures include a one-off £650 payment to low-income households on benefits, paid in two instalments in July and the autumn, at a cost of £5.4 billion.

Mr Sunak said £5 billion of the package would be paid for by a levy on the profits of oil and gas giants, and around £10 billion will be covered by extra borrowing.

Announcing the measures in the Commons, he told MPs the package was worth £15 billion, but officials later conceded there was a hidden £6 billion cost to the announcement, taking it to £21 billion.

That is because over the next five years the original £200 rebate for energy bills, which was announced in February and doubled and turned into a £400 grant by the Chancellor on Thursday, will no longer be paid back by consumers as originally planned.