Schools across the country have been shut, "but only after allowing them to be open for one day so everyone could infect each other and take the virus home." 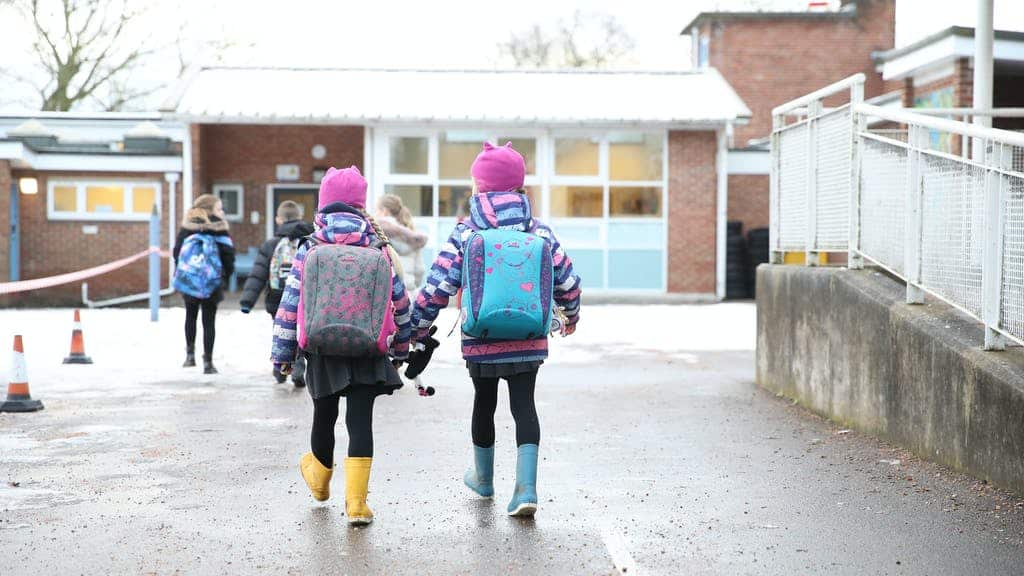 England is in its third national lockdown after Boris Johnson shut schools to most pupils and imposed the toughest restrictions since March in an attempt to prevent the NHS being overwhelmed by surging coronavirus infections.

In a televised address to the nation on Monday evening, the Prime Minister pinned hopes on the rollout of vaccines to ease the restrictions in mid-February.

He ordered the country to stay indoors other than for limited exceptions and bowed to significant pressure to order primary schools, secondaries and colleges to move to remote teaching for the majority of students from Tuesday.

His move followed Nicola Sturgeon imposing a lockdown on Scotland for the rest of January, with a legal requirement to stay at home and schools closed to most pupils until February.

Schools and colleges in Wales will also remain closed until at least January 18 and move to online learning, while in Northern Ireland – which is already under a six-week lockdown – “stay at home” restrictions will be brought back into law and a period of remote learning for schoolchildren is to be extended.

In a bleak statement, Mr Johnson said the new variant of coronavirus, which is up to 70% more transmissible, was spreading in a “frustrating and alarming” manner and warned that the number of Covid-19 patients in English hospitals is 40% higher than the first peak.

“The weeks ahead will be the hardest yet but I really do believe that we’re entering the last phase of the struggle, because with every jab that goes into our arms we’re tilting the odds against Covid and in favour of the British people,” the Prime Minister said.

He said people in the top four priority groups would be offered a first vaccine dose by mid-February “if things go well and with a fair wind in our sails”, to allow restrictions to be eased.

Labour leader Sir Keir Starmer said the measures are “necessary” and his party supports them, meaning that although Mr Johnson will want to minimise the scale of any Tory rebellion the Government is almost certain to win the vote.

But elsewhere there has been dismay over the government’s handling of the situation, particularly in regards to education.

Here’s ten tweets which seemingly sum up the reaction on social media:

So, just hours after Boris Johnson assured us schools are 'safe' and will stay open, he shuts them all.
But only after allowing them to be open for one day so everyone could infect each other & take the virus home to their older relatives.
This is scandalously bad government.

So, to be clear, we just sent 3 million children into primary school FOR ONE DAY, so they could all mix around the virus, and *then* go into lockdown? That's what's actually just happened, right? My brain isn't making this up?

It’s really hard for a school to switch to online learning for a sustained period, especially in deprived areas. Lots of kids still don’t have tablets or computers and even if they don’t have internet connections. Kids end up using parents phones but they don’t have enough data.

The U-turn on school closures is "a really big political failure" as kids are being "let down yet again", says LBC presenter Andrew Pierce, predicting that the PM could be in "a lot of political trouble" if Covid is not trumped by the summer.@NickFerrariLBC | @toryboypierce pic.twitter.com/zJqI3reZk2

Anyway with all this misery the PM needs to give the nation something enjoyable to get us through the next few weeks and I think that thing should be firing Gavin Williamson out of a cannon.

There used to be a #BBCSchoolsChannel to help children with their lessons. Perhaps because of the pandemic we need channels like these back again to help educate children who don’t have access to a laptop or broadband @GavinWilliamson @bbcpress #BBC #Teachers

The government has announced that summer exams will be cancelled – but nothing has been said about January BTEC exams that begin this week and affect over 135,000 students.