It comes as Andrew Neil Tweeted: "But there a number of diehard Remainers who would quite like the UK to break up, if only only to vindicate their claims that Britain would pay a terrible price for Brexit." 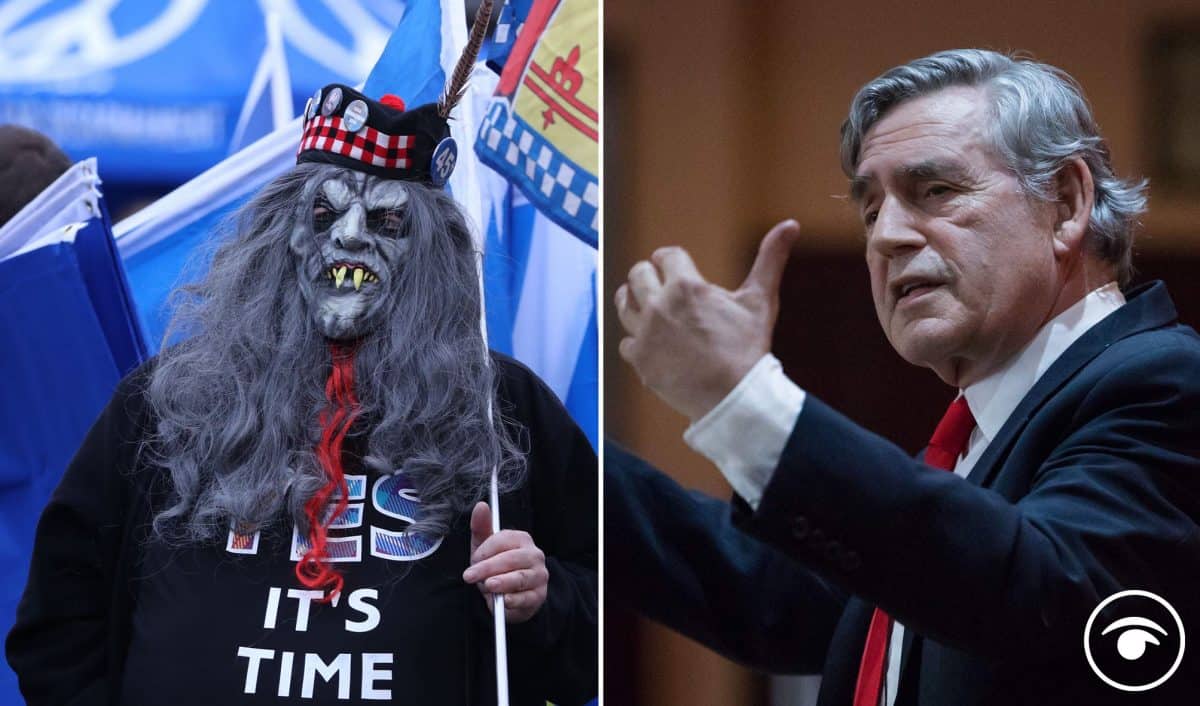 The UK risks becoming a “failed state” unless it makes reforms to the Union, former prime minister Gordon Brown has warned.

Mr Brown urged Prime Minister Boris Johnson to consider ideas like replacing the House of Lords with a “senate of the regions” and to review the way the UK is governed.

It comes after the Sunday Times published the results of opinion polls in the four nations of the UK, which found a majority of voters think Scotland is likely to be independent in the next 10 years.

In Scotland, the poll found that 49% backed independence compared with 44% against – a margin of 52% to 48% if the undecideds are excluded.

It comes as Andrew Neil Tweeted: “But there a number of diehard Remainers who would quite like the UK to break up, if only only to vindicate their claims that Britain would pay a terrible price for Brexit.”

Writing in the Daily Telegraph, Mr Brown said “the choice is now between a reformed state and a failed state”.

He added: “It is indeed Scotland where dissatisfaction is so deep that it threatens the end of the United Kingdom.

“For the first time, a majority of Scots now feel, according to recent polls, that Scotland and the rest of the UK are moving inexorably in opposite directions and nearly half of all Scots who have a view believe – against all the evidence – that Scotland would be better off economically independent, and they feel that the Union undermines Scotland’s distinctive identity.

“While the crisis is deepest in Scotland, it is far from alone.

“Regional metro mayors – from Newcastle, Manchester and Liverpool to Sheffield, Bristol and London – are demanding more powers from what they see as an insensitive, out-of-touch and overcentralised centre.

“And in Wales it is not nationalists but the pro-Union First Minister Mark Drakeford who is leading calls for change.

“But perhaps for too long we have left unstated the shared purpose and values that bind the UK together, and we have said too little about what we have in common: our shared beliefs in tolerance, liberty, civic responsibility and fairness, and our conviction that all benefit when we pool and share risks and resources across the country.”

He also called on the Prime Minister to set up a commission on democracy which would review how the UK is governed.

Mr Brown wrote: “The commission will discover that the United Kingdom urgently needs a forum of the nations and regions that brings them and Boris Johnson together on a regular basis.

“No country can have national integration without political inclusion, and the commission might start by learning from the experience of countries like Australia, Canada, Germany and America where, partly because of British influence in times past, second chambers are senates of their regions, and minorities who can easily be outvoted are guaranteed a stronger voice.”

Mr Brown also said the Prime Minister should use the armed forces and the NHS to demonstrate the “everyday benefits” of the Union.

A Cabinet spokesman said the public in Scotland want to see the UK’s politicians “working in partnership to focus on defeating coronavirus”.

“That remains the top priority of the UK Government, which has supported jobs and businesses across all four nations throughout the pandemic,” he added.

“The question of Scottish independence was settled decisively in 2014, when Scotland voted to remain part of the UK.

“Now, more than ever, we should be pulling together to strengthen our United Kingdom, instead of trying to separate it”.

The Sunday Times poll found that, in Northern Ireland, 47% still want to remain in the UK, with 42% in favour of a united Ireland and a significant proportion – 11% – undecided.

However, asked if they supported a referendum on a United Ireland within the next five years, 51% said yes compared with 44% who were against.

In Wales, where support for independence is traditionally weakest, 23% still backed leaving the UK while 31% supported a referendum.