"But there a number of diehard Remainers who would quite like the UK to break up, if only only to vindicate their claims that Britain would pay a terrible price for Brexit." 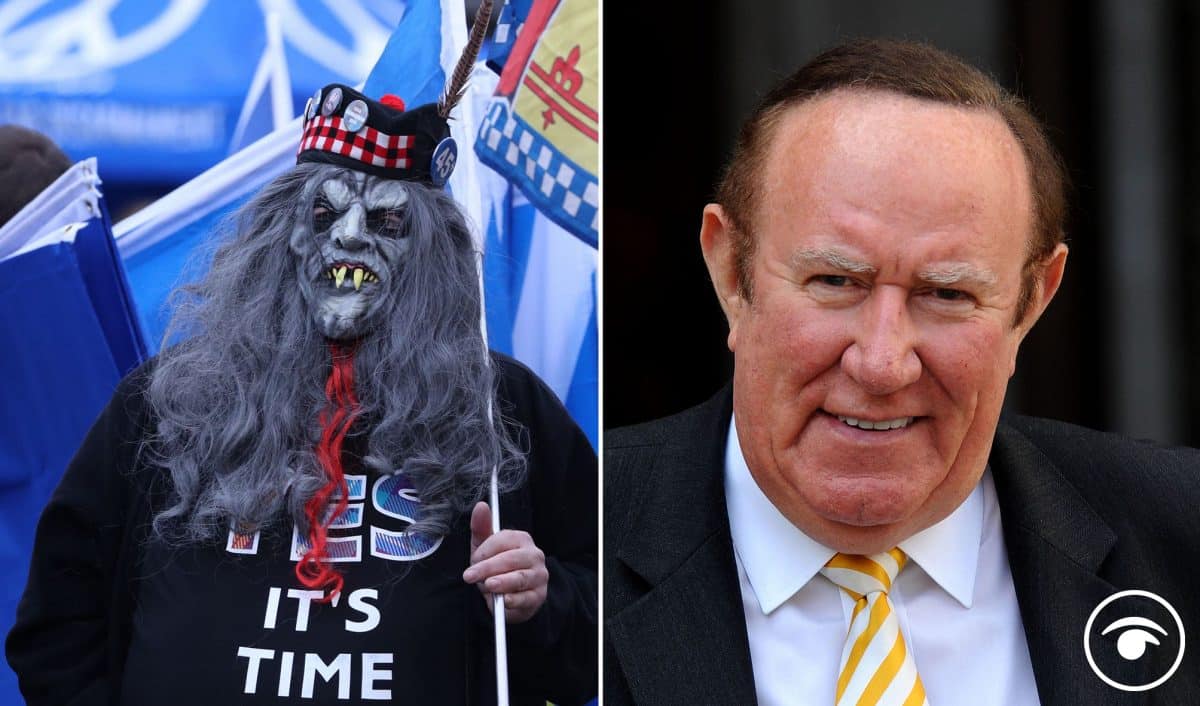 The UK risks becoming a “failed state” unless it makes reforms to the Union, former prime minister Gordon Brown has warned. His comments come as Andrew Neil claims a number of Remainers want to see the UK break up.

Mr Brown urged Prime Minister Boris Johnson to consider ideas like replacing the House of Lords with a “senate of the regions” and to review the way the UK is governed.

It comes after the Sunday Times published the results of opinion polls in the four nations of the UK, which found a majority of voters think Scotland is likely to be independent in the next 10 years.

In Scotland, the poll found that 49% backed independence compared with 44% against – a margin of 52% to 48% if the undecideds are excluded.

He wrote, on the Daily Telegraph: “It is indeed Scotland where dissatisfaction is so deep that it threatens the end of the United Kingdom.

“For the first time, a majority of Scots now feel, according to recent polls, that Scotland and the rest of the UK are moving inexorably in opposite directions and nearly half of all Scots who have a view believe – against all the evidence – that Scotland would be better off economically independent, and they feel that the Union undermines Scotland’s distinctive identity.”

Nicola Sturgeon has vowed to hold a referendum on independence if the Scottish National Party wins a majority in May’s Holyrood elections – regardless of whether Boris Johnson allows it.

With the SNP polling very strongly ahead of the upcoming balls, Sturgeon’s party is setting out an 11-point roadmap for taking another vote – which will be presented to members of its national assembly on Sunday.

Veteran broadcaster Andrew Neil has also made he feelings felt about then potential break up of the union. He Tweeted: “But there a number of diehard Remainers who would quite like the UK to break up, if only only to vindicate their claims that Britain would pay a terrible price for Brexit.”

Mr Neil, who left the BBC earlier this year, is also preparing to launch his own television news channel.

In a statement last year, he said GB News “will champion robust, balanced debate and a range of perspectives on the issues that affect everyone in the UK”.

He added the television news channel is “aimed at the vast number of British people who feel underserved and unheard by their media”.

According to the Standard among the presenters it is courting are Nick Ferrari and Rachel Johnson (both regulars on Sky News’s The Pledge, which McAndrew oversaw) and TalkRadio host Julia Hartley-Brewer.

Northern Ireland’s First Minister Arlene Foster has said a border poll on a united Ireland would be “absolutely reckless”.

The Sunday Times commissioned a series of surveys across the four nations of the United Kingdom to gauge attitudes towards the union.

It found voters across the UK believe Scotland is likely to become independent within the next decade, but in Wales and England support for independence is low.

Related: Sturgeon vows to hold indyref2 if SNP wins in May – whether Boris likes it or not