"Gobsmacking sum to have spent on a PR stunt. It sounds like something that PM came up with at 2am at Downing Street party.” 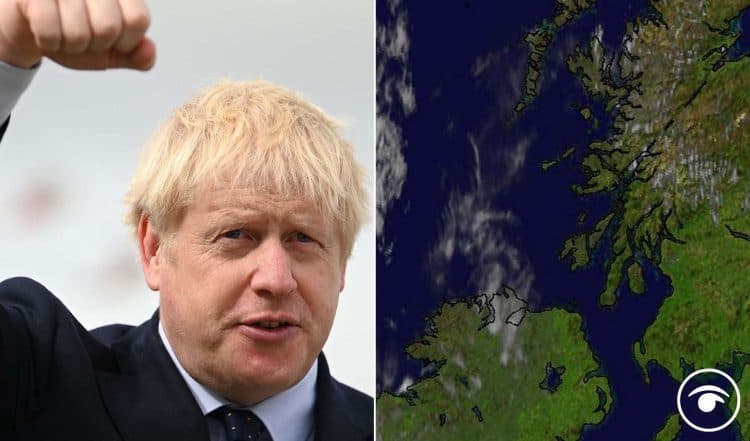 Nearly £900,000 of taxpayers’ money was spent on a study commissioned by Boris Johnson which found it would be too expensive to build a bridge or tunnel between Scotland and Northern Ireland.

The Department for Transport (DfT) said the research into the feasibility of a fixed link cost £896,681.

Network Rail chairman Sir Peter Hendy led the investigation, which found that a bridge would cost £335 billion, while a tunnel would require a budget of around £209 billion.

His report concluded that the project “would be impossible to justify” as “the benefits could not possibly outweigh the costs”.

In addition to the huge expense, the inquiry also noted that the necessary work would be incredibly challenging.

The report described how Beaufort’s Dyke – an underwater trench on the most direct route between Scotland and Northern Ireland – would need to be “carefully surveyed” due to a million tons of unexploded munitions being dumped there between the First World War and the 1970s.

Mr Johnson previously talked up the creation of a fixed link but accepted the conclusion of the report.

The research was carried out alongside a wider review of connectivity in the UK, which cost £1,102,525.

The DfT said the total of £1,999,206 for both studies was the amount spent on consultancy fees and department staff costs.

Sir Peter led the review alongside his role at Network Rail, and did not receive additional pay.

“This just shows the Tories’ sheer disrespect for public money.

“While the Tories waste public money, Labour will focus on everyday practical priorities and tackling the cost of living crisis facing families. And we will establish an Office for Value for Money to ensure public money is spent wisely.”

Willie Rennie, economy spokesman for the Scottish Liberal Democrats, said: “This is a gobsmacking sum to have spent on a PR stunt. It sounds like something that the Prime Minister came up with at 2am at a Downing Street party.”

He added: “This is money that could have been spent on health, education and support for businesses. This bridge stunt is yet another example of Boris Johnson having fun at the expense of the taxpayer. He’s totally unfit to be Prime Minister and should step aside.”

SNP MP Mhairi Black said the bridge was an “unworkable, doomed from the get-go idea”, and added: “This just goes to show the Tories’ warped spending priorities. How many lateral flow tests could this have bought, or nurses’ salaries paid, or PPE purchased for those on the front line in this pandemic?

“However, as daft as this idea was, it still promised to put £20 billion of investment into the Scottish and Northern Irish economies. The Prime Minister must honour the spending commitments he made and deliver that money to Scotland and Northern Ireland so they can use it for worthwhile infrastructure proposals.

“The UK Government said it was ‘deadly serious’ about these proposals – it’s time to come good on its words and deliver the investment.”

A Department for Transport spokesperson said: “The purpose of the Union Connectivity Review was to examine, in detail, all aspects of transport connectivity between the nations to boost and deliver further opportunities for people, families and communities.

“As part of this detailed review, we consulted with the best engineers and technical consultants and undertook extensive social and geographical research to carry out a comprehensive study. This has informed our approach to rail, road and air, including making travel cheaper for all parts of the UK by reducing Air Passenger Duty by 50% for domestic flights.”