He screwed up the written warning he had received from the captain and threw it across the cabin. 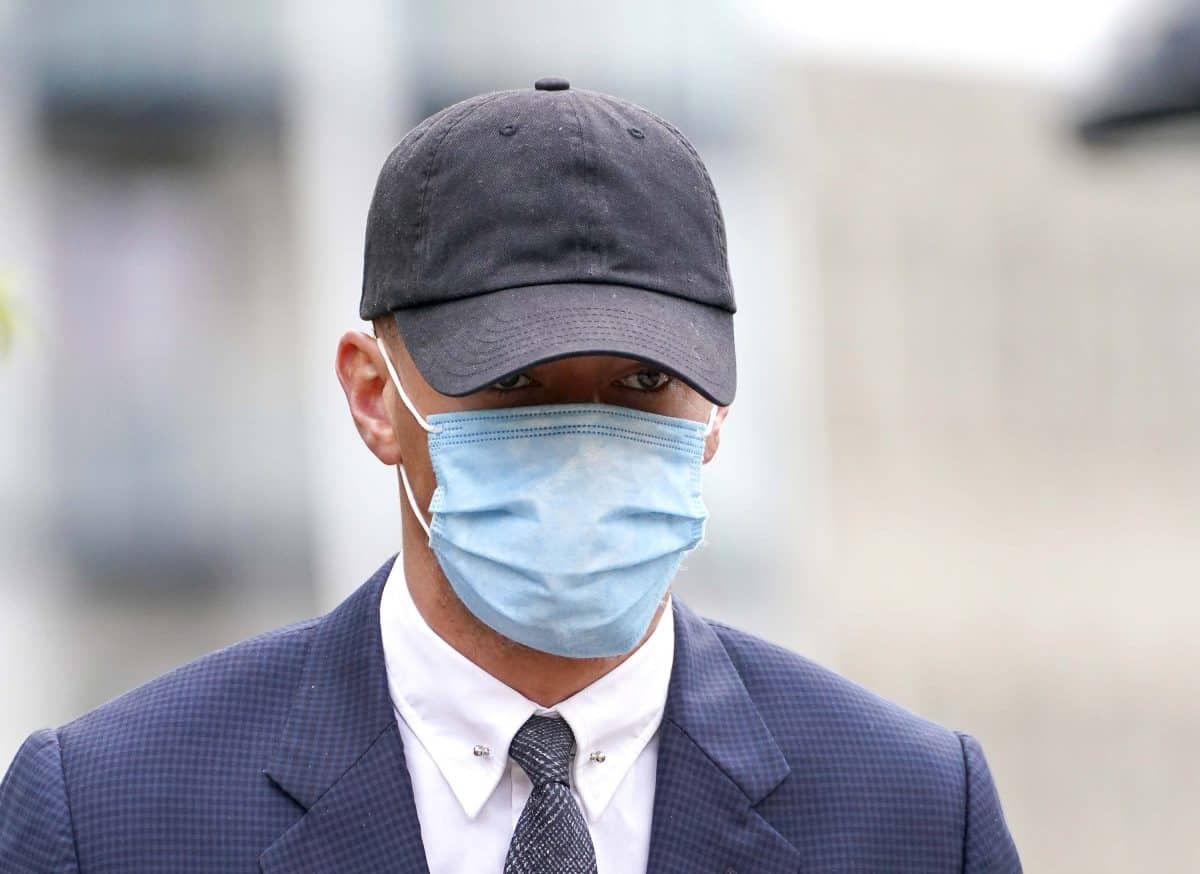 The star of a Netflix reality TV show and son of a former attorney general has been fined nearly £3,000 for being abusive to cabin crew on a flight.

Matthew Mawhinney, 29, became rowdy on the flight home from filming the second series of Netflix dating show Too Hot to Handle in the Caribbean on February 7.

He was arrested alongside fellow contestants Harry Johnson, 28, and 23-year-old Beaux Greenslade.

The trio had been filming on the Turks and Caicos Islands before flying to Miami, where they were spotted downing margaritas as they waited for their connection to Heathrow.

Cabin crew on the British Airways flight asked Johnson and Greenslade to tone it down after they were seen “kissing and behaving intimately” in their seats.

One witness reported they were worried the pair were about to perform a sex act.

The defendants became abusive after being repeatedly told to put facemasks on and being informed that the captain had decided they should not be served any more alcohol.

In a hearing at Uxbridge Magistrates’ Court on Friday, prosecutor Christelle McCracken told the court that stewardesses Heather Wenn and Sophie Griffiths had been the target of most of the abuse.

When Ms Wenn told Mawhinney he would not be getting any more drinks, he told her: “Go and f* look up who my mum is – Baroness Scotland, I’m a gold card holder – go and get me a drink.”

He screwed up the written warning he had received from the captain and threw it across the cabin.

Mawhinney’s mother served as attorney general between 2007 and 2010 after being appointed by Gordon Brown, and was the first woman to hold the post.

She has served as secretary-general of the Commonwealth since 2016.

At one point during the flight, Mawhinney climbed into the aisle and started performing press-ups while the seatbelt sign was on, the court heard.

Greenslade, a legal secretary, also became abusive when she was told she would not be getting any more booze.

She told the stewardesses: “Take my f tray away, don’t you know I’m a f** secretary, I will take your job away from you.”

When a passenger asked her to stop giving the crew a hard time, Greenslade replied: “Shut up you f* c.”

Johnson, a tree surgeon, called Ms Wenn a “bitch” when he received a letter from the captain saying he was also barred from being served alcohol.

Greenslade was heard saying “F these people and f* the captain”, telling the stewardesses “look at me when I am talking to you” and telling everyone how rude she thought the crew were.

When they were told the police might be called upon landing, Greenslade replied: “Call the police, they won’t f do anything.”

Mahwhinney, of Mayfair, Westminster, admitted being a person on board an aircraft failing to obey the lawful commands of a pilot for refusing to put on a facemask.

He admitted a further count of using threatening, abusive or insulting words and behaviour.

Johnson, of Darlington, County Durham, and Greenslade, of Bexleyheath in south-east London, admitted the same charges.

In a letter to the court, Mahwinney apologised, saying he was “deeply ashamed” of his behaviour on the flight, adding: “This is the most shameful and embarrassing thing that has ever happened to me. I make no attempt to excuse what happened.”

The court heard that he had been prescribed anti-anxiety medication and sleeping pills before taking part in the show, which may have affected his behaviour.

District Judge Deborah Wright said the three defendants behaved with a “profound sense of entitlement without any regard for the crew or any of the other passengers on the flight”.

Mohamed Reza Ally, for Johnson and Greenslade, said: “This was the opportunity of a lifetime, and you are quite right when you say that they had this sense of entitlement that they probably never had before as a result of the TV programme.

“It was youth, naivety and stupidity – they’ve involved themselves (in the row) and made it much worse by escalating it into a group situation.

“They are aware that things are not going to be easy in relation to the publicity.

“This behaviour on any view is wholly out of character, and in my submission that should be born in mind.”

Passing sentence, Judge Wright said: “You were at the end of a prolonged period of social confinement and that might have had some psychological impact on you and might have been the reason each of you behaved out of character.

She added that their behaviour was exacerbated by the fact they refused to wear masks in a confined space at the height of the pandemic, among other passengers trapped with them at 30,000ft.

Each defendant was fined £1,500, ordered to pay £500 each to Ms Wenn and Ms Griffiths, and ordered to pay a victim surcharge of £150 and £85 costs for their abusive behaviour.

They were ordered to pay a further £100 for refusing to put on their masks when told to by the captain.