Psychology could explain why Johnson is still ahead in the polls, despite his unprecedented contempt for voters. 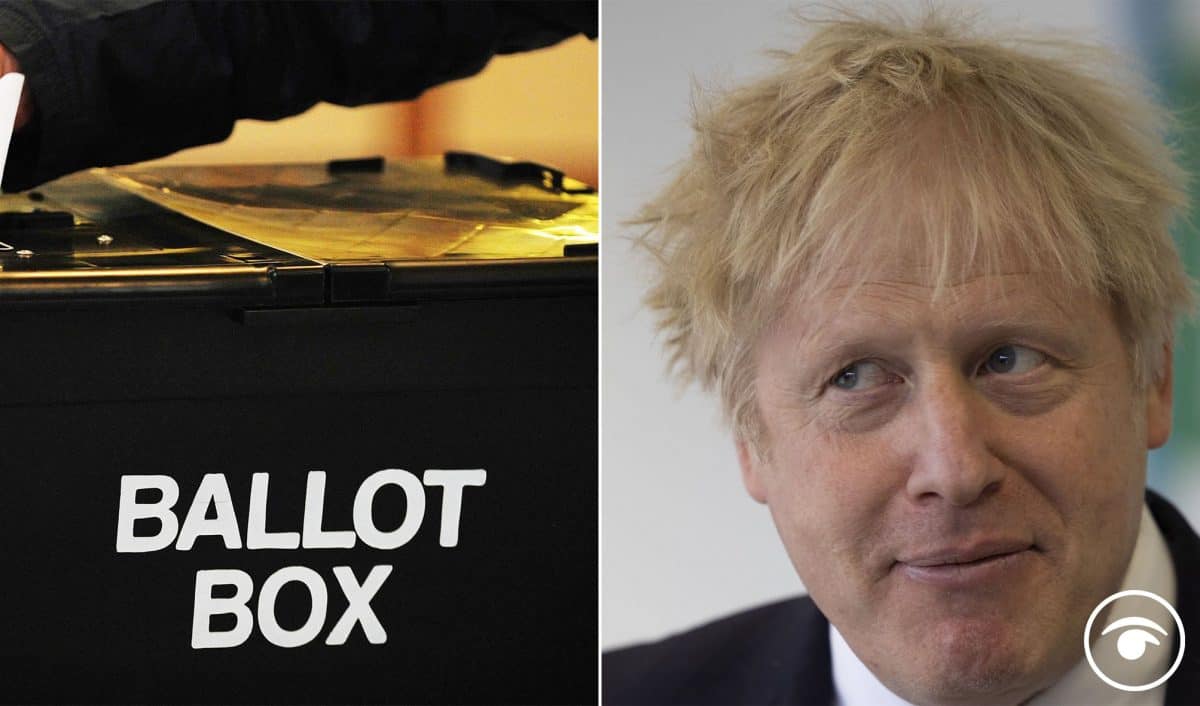 It seems like Johnson can do no wrong: the security risk of his phone number being public for 15 years, his likely breaking of the ministerial code, even his alleged remarks about letting “the bodies pile high.”

A YouGov poll puts Labour 11 points behind. Survation has Labour a single point behind, but the Tories are expected to gain 90 council seats in the Labour Red Wall: even though most voters believe that Johnson made the “bodies” remark, while six in 10 deem him untrustworthy.

There’s the “vaccine bounce” and the “rally-round-the-flag” effect that often boosts poll numbers in times of crisis. But it seems like only a deeply traumatised public could include so many people who actually want a leader that rips them off, lies, and knowingly pursues lethal policies.

What makes the Tories “the nasty party,” in Theresa May’s infamous words? Besides the huge amounts of money poured into their coffers by private donors and billion-pound corporations to implement their political will, many of the leading Tories, including Johnson, were separated from their parents at a young age. Mental, physical, and/or sexual abuse often occurs at boarding school.

Johnson’s sister, Rachel, wrote about the kind of treatment she and her brother endured (though, in great disservice to abuse victims, she says that it did her no long-term harm). Not every child who attends boarding school is abused or ends up with psychological disorders, but many do. Emotions are considered bad for leadership, so they are discouraged, suppressed, and beaten out of potential leaders. This partly explains Johnson’s callousness.

Future politicians are institutionally conditioned to be leaders at all-boys’ schools like Dulwich, Eton, and Harrow. The most interesting thing about Nigel Farage’s Dulwich letter, for instance, is not that the youngster had alleged Nazi sympathies (many already suspected that), but that his adult educators brainwashed the children to believe they are better than the rest of us:  “our senior boys … are the nation’s future leaders.”

These abuses can manifest as “boarding school” and “wounded leader” syndromes. Having had zero or solely predatory experiences with members of the opposite sex, grown leaders can end up like emotionally arrested children burdened with the responsibility of leadership. Many in business and media went through the system and share similar traits. The result is a toxic blend of psychopathy, sexism, and ruthless selfishness.

With the financial crisis 2007-09, the Tory-Liberal coalition imposed brutal austerity on the public. They projected their own internalised abuses onto the most vulnerable. PM David Cameron’s mob began a massive propaganda campaign to dehumanise disabled people. For new claimants, the social security system made them feel like criminals. Tabloids and television daily reminded us of “benefit cheats.” The voices of struggling people were suppressed.

Britain’s highly concentrated and privately-owned media piled on the attacks, creating an alternative reality in which most Britons thought that annual Job Seekers’ allowances totalled £74bn, when in fact it was less than £5bn, that benefit fraud was 34 times higher than it actually was, and that capping household benefits would save the most money, when in fact stopping child benefit for wealthy families would have saved more (£290m compared to £1.7bn).

The social and cultural results were devastating. By 2012, more than seven in 10 thought that the government spent too much on social security. The more savage the Tory cuts, the more the public approved. On the eve of the 2015 general election, when the Tories won a slight majority, 44 percent of respondents “liked” David Cameron compared to 38 percent who “liked” then-Labour leader, Ed Miliband.

In June 2015, 59 percent of the public thought that pensions and winter fuel payments should be protected, i.e., benefits that help older, more right-wing voters, but 58 percent thought that child benefit should be reduce, i.e., social security that helps younger, struggling left-leaning voters.

BREXIT: A NEW RELIGION FOR AN AGE OF DESPAIR

After the London Riots of 2011—an initial violent reaction to institutional racism that escalated into general rage against greedy bankers and austerity—the majority of voters came to internalise the idea that industry will never return, that everyone is out for themselves, and that “fiscal responsibility” trumps the public ownership of services.

Voters dealt with their pain destructively. Middle England continued voting Tory. The Labour grassroots failed to push for an anti-austerity candidate to lead the Party. Four million voters swung to the racist, nationalistic policies of UKIP in the hope that isolating Britain from the world would somehow improve their lives. Many simply gave up. So-called “diseases of despair” became normal, as suicide, alcoholism, and drug-related mortality increased.

Then came Brexit: a new religion. Because Brexit hurt the “liberal” sensibilities that half the public blamed for their despair, they clung to Brexit even if it caused harm. Many voters were self-harming anyway through diseases of despair. At a time when communities had been destroyed and party loyalty reached an all-time low, Brexit gave people a tribe in which to belong. The “us and them” dialectic inflamed passions that they had not felt in politics before. It was excitingly destructive.

The Lord Ashcroft polls suggested that Brexit voters consisted of some of the most economically-abused Britons. When asked what had gone wrong in their lives, Leavers were more likely to blame immigration, feminism, and the green movement—i.e., things that make life better. Education was another factor. As Boris Johnson personally demonstrates, education does not necessarily correlate with intelligence. Yet, higher education often correlates with better life outcomes. Britons without a degree, i.e., those who had little in their lives, were more likely to vote Leave.

SEND IN THE CLOWN

By 2017, just 13 percent of Britons had high levels of good mental health. The Mental Health Foundation said at the time: “We have a long way to go before we can say that we are a thriving nation.” A decade of austerity and media assaults on the poor acted as a voter suppression technique. Even though Labour leader Jeremy Corbyn was offering social care, wealth redistribution, and a brighter future, the public thought that either they didn’t deserve it (low self-esteem) or it was impossible (the tyranny of pessimism).

By the time Corbyn came along, the damage had been done. The spectre of nationalism had not only been normalised by Brexit, it had been necessitated. Leave voters felt cheated by the political elites whose deadlocked Parliament was robbing them of their moment: hence 54 percent support for a “strong leader who is willing to break the rules.” Johnson’s unlawful attempt to prorogue Parliament signalled that he was their man: the prophet of their Brexit god.

The public have a complicated relationship with politicians, as people often do with their abusers.  On one level, they feel that politicians are necessary to keep order and protect them from disaster. But on the other, they hate “the establishment” and the political class because it treats the public like children. The result of this cognitive dissonance makes many people susceptible to the demagogue who will both attack the system (the cause of the much of public’s woe) and attack the public (many of whom have been conditioned to masochism).

WHAT LABOUR CAN DO

Policies aren’t enough. Labour needs to help large numbers of the public break free of their conditioning by building a Labour family, a Labour community, and a strong Labour brand in the Red Wall. It needs to give people a stake in the society and a clear motivation for voting Labour. Given that Johnson’s polling numbers remain high, despite everything that’s happened, a renewed outreach programme that focuses on local needs may be necessary