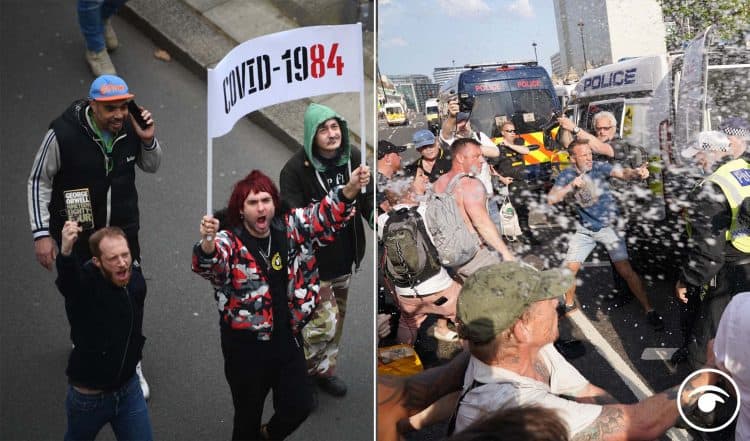 Covid conspiracy theorist, and poo inspector, Gillian McKeith’s attempt to push her anti-vax views has backfired and left many people to revel in her stupidity.

Posting on Twitter she shared an image of a van with an advert for a funeral on its side, saying “Don’t get vaccinated.”

“The funeral director knows something …… are you listening?” she wrote on the social media platform.

But McKeith doesn’t know “something”.

The van and advert, which was spotted in Charlotte, North Carolina over the weekend is actually a stunt to actually get people vaccinated not the other way around.

Traffic to the fake “Wilmore Funeral Home” website are then redirected to a landing page instructing them to “Get vaccinated now” along with a warning that says, “If not, see you soon”, to those who don’t want to get the jab.

The ad agency behind the plot said: “We wanted to do something that saw it from a different perspective and kind of shocks people into thinking, ‘Holy moly, man.’”