Andy Street, the West Midlands mayor, has a long-standing policy of not taking part in all-male panels. 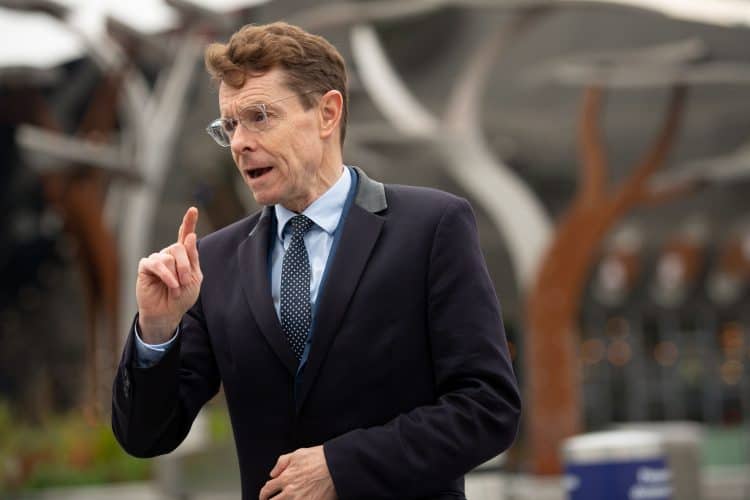 Andy Street, the Conservative mayor of the West Midlands, walked out of a slot at Tory party conference after discovering he was part of a male-only panel.

Street, a former John Lewis executive, had been due to participate in an event called “2022: a year of celebration” – where he would have spoken about the Commonwealth Games, which are taking place in Birmingham next year.

His co-panellists were Lord Mendoza – the government commissioner for cultural recovery and renewal – and Nigel Huddleston, the sport minister.

But when Street, 58, discovered no women were involved he told organisers he would not take part, the Birmingham Mail reported.

Meanwhile at Tory conference on Monday, Michael Gove made light of his nightclub dancing exploits before insisting levelling up means helping everyone “live their best life”.

The Communities Secretary was caught on camera throwing shapes on the dancefloor during a summer visit to the Pipe club night in Aberdeen.

With Abba’s Dancing Queen played in the auditorium before he arrived on stage at Conservative Party conference in Manchester, Gove opened by saying: “Here we are – bright lights, great atmosphere, enthusiastic young people.

“It reminds me of my last night out on the town in Aberdeen – dance like nobody’s watching they say. Well I did, but they were watching.

“And I know many people have recently been asking why a middle-aged man spent more than an hour non-stop unleashing a series of wildly unco-ordinated gestures in front of a bewildered audience, who were left wondering if this was some sort of bizarre attempt to go back to the ’80s.

Gove then made an attempt to explain what the “levelling-up” slogan actually means.

Gove, who leads the new Department for Levelling Up, Housing and Communities, told party members: “Never let anyone claim that levelling up and wanting all our children to grow tall is a left-wing idea.

“The left want to keep people in their place so that minorities can be patronised, the country can be polarised and ambition is paralysed.

“We want everyone to have the chance to choose their own future, to own their own home, to walk the streets in safety and to live their best life.”

He said: “We want to strengthen local leadership to drive real change. We will raise living standards, especially where they are lower.

“We will improve public services, especially where they are weaker.

“And we will give people the resources necessary to enhance the pride they feel in the place they live.

“And if you want to see all four in action and see levelling up in reality come to Teesside.”