The druidic demonstrator has become a global phenomenon after taking on police at climate change protests in North Rhine-Westphalia. 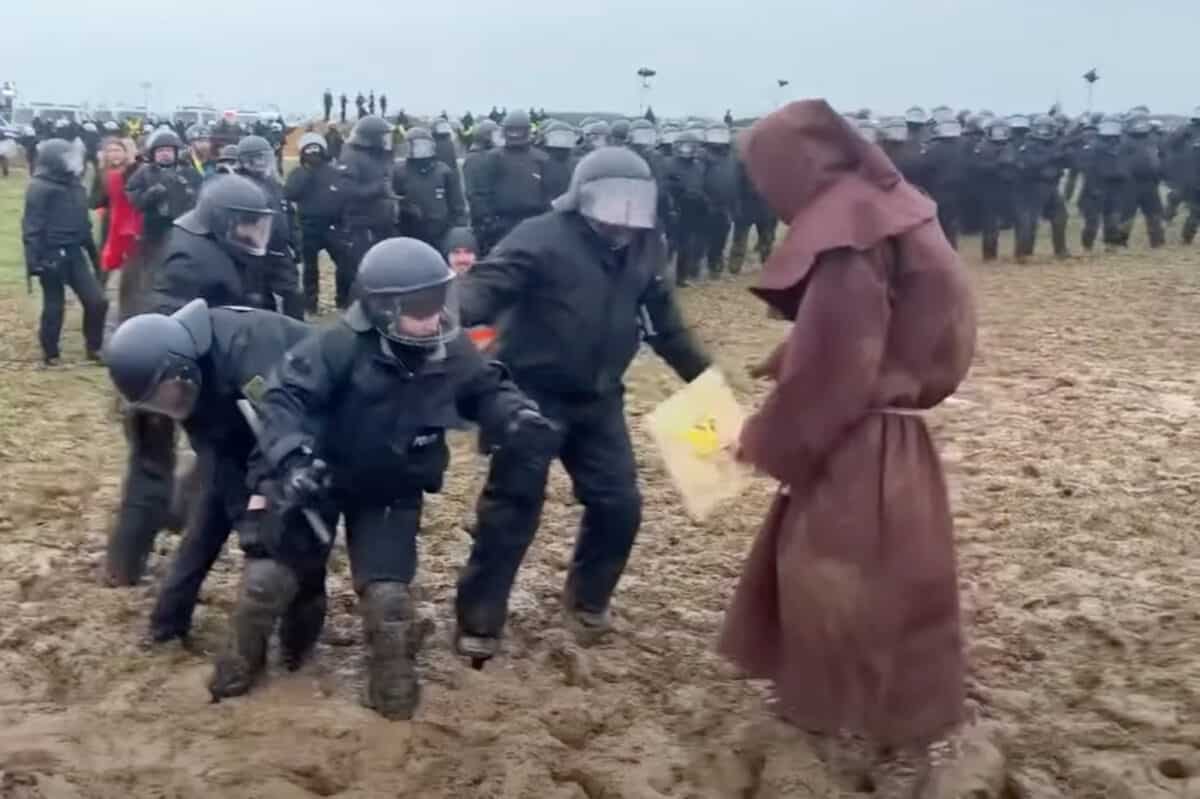 German police were embroiled in a hilarious mud battle with a man dressed as a wizard at a climate change protest in North Rhine-Westphalia.

Officers in riot police gear managed to get themselves stuck in the mud and were taunted by protestors, including one man in what appeared to be a monk’s habit.

The druidic demonstrator mocked one officer, whose foot was deeply enmeshed in the mud, as his colleagues tried to pull him free.

Despite his best efforts to reach his tormentor, the officer, one of at least two to become stuck and several to tumble into the dirt, was stuck fast and couldn’t move.

Elsewhere,  Swedish climate activist Greta Thunberg and other protesters were carried away from the protests and detained by police.

Activists have cited the symbolic importance of Luetzerath for years, and thousands of people demonstrated on Saturday against the razing of the village by RWE for the expansion of the Garzweiler coal mine.