"At least the Tories are consistent. 'Freedom' (as here and as with Covid) means removing all restrictions on their privileged and powerful friends." 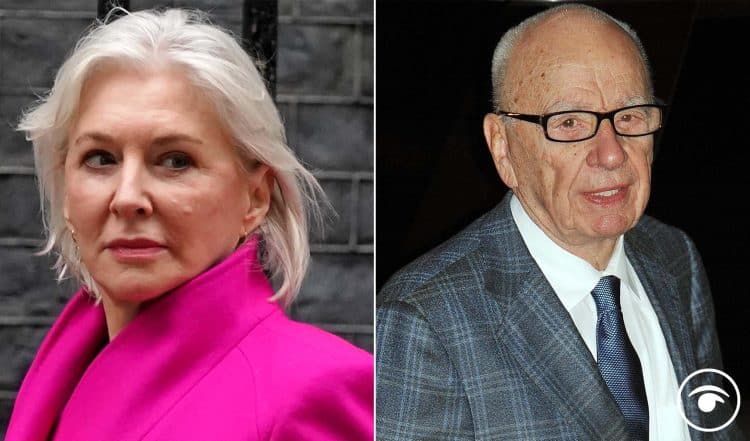 Nadine Dorries has ended legal restrictions keeping the The Times and The Sunday Times separate.

The Culture Secretary announced she has formally released News UK, which publishes both newspapers, from legal undertakings to keep the two publications as separate entities.

It comes after News UK submitted an application requesting the Secretary of State to release the company from the arrangement, which stated the newspapers must be kept separate and editorially independent under the supervision of six independent directors.

The requirements were designed to protect media plurality when Rupert Murdoch bought the titles in 1981, when he already owned The Sun and the News of the World.

Changes were made to the arrangement in 2019 to allow for sharing of journalistic resources between the two publications and to strengthen the arrangements relating to the independent national directors.

Ms Dorries said she received no objections after announcing in November she was “minded to” allow the remaining restrictions to end.

A written statement made in the Commons on Thursday said: “I therefore confirm that I am satisfied that there has been a material change of circumstances since the acceptance of the undertakings in 2019 and that, having considered the public interest considerations applying to newspapers, the undertakings are no longer appropriate or necessary for the purpose they were intended to achieve and so should be released.”

Related: Rees-Mogg asks Sun readers for help with his new job – but it backfires