Biden's parents were Irish - and his mother wrote poems "about her hatred of the English", an autobiography claimed. 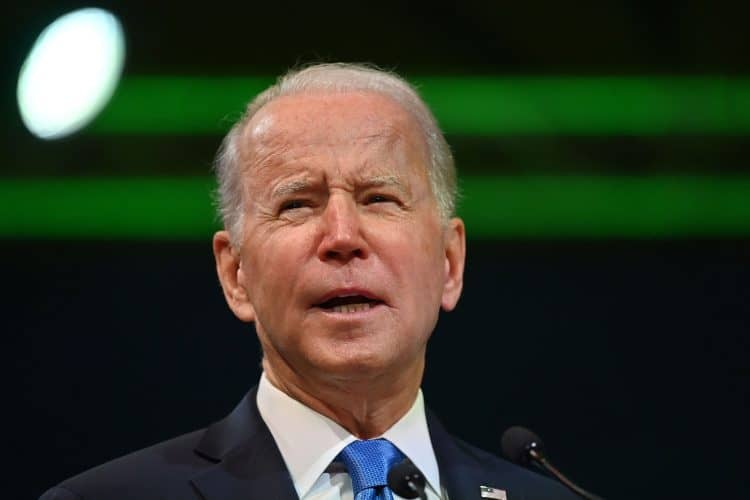 Joe Biden’s mum hated England so much she chose to sleep on the floor rather than in a bed in which the Queen had previously slept, a new book has claimed.

Georgia Pritchett – a comedian and writer – claims the US president made the revelation when they met in the White House while he was serving as Barack Obama’s vice-president.

The pair met because Pritchett was conducting research for hit comedy Veep, on which she was a co-executive producer.

Pritchett – a Brit who is also a writer on Succession – said that her initial conversation with Biden was about Ukraine, from which he had just returned, but his minders shut it down.

She wrote: “He changed the subject to how much his mother hated the English. His parents were Irish and she had written several poems about her hatred of the English. He went off to find them and returned with hundreds of poems describing how God must smite the English and rain blood on our heads.”

Biden also recalled how his mother, Catherine Finnegan – known as Jean – visited the UK and spent a night in a hotel where, she was informed, the Queen had once stayed. “She was so appalled that she slept on the floor all night, rather than risk sleeping on a bed that the Queen had slept on,” Pritchett wrote.

Biden’s strong sense of Irish identity has been well-publicised. Speaking to a BBC reporter asking for a “quick word” after securing the Democratic presidential nomination, he responded with a smile: “The BBC? I’m Irish.”

The juicy detail can be found in Pritchett’s autobiography, My Mess is a Bit of a Life, which has been in circulation for more than a year.

Biden this week urged Americans in Ukraine to leave the country immediately, stressing that “things could go crazy quickly” as the threat of a Russian invasion looms large.

“American citizens should leave, should leave now,” Biden said in an interview with NBC News. “We’re dealing with one of the largest armies in the world. This is a very different situation and things could go crazy quickly.”