"Nah. Stick him in Uranus!" wrote one person in response. 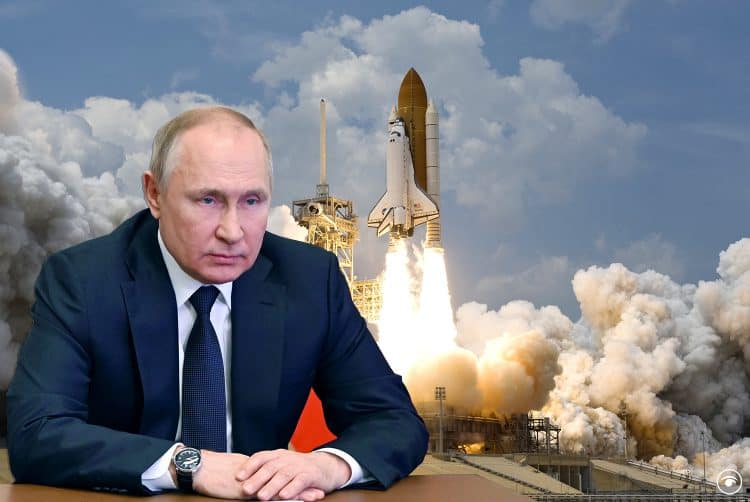 A fundraiser set up to send Vladimir Putin to Jupiter has raised over $2 million after it was boosted by space entrepreneur Elon Musk.

Russian attacks on Ukraine continued today as large explosions thundered across Kyiv as forces pressed their advance on multiple fronts.

A series of Russian strikes hit a residential neighbourhood in the capital, igniting a huge fire and a frantic rescue effort in a 15-storey apartment building. At least one person was killed and others remain trapped inside.

As Russia stepped up its assault of Kyiv, the leaders of Poland, the Czech Republic and Slovenia planned to travel to Ukraine’s capital Tuesday on a European Union mission to show support for the country.

Elsewhere, a convoy of 160 civilian cars left the encircled port city of Mariupol along a designated humanitarian route, the city council reported, in a rare glimmer of hope a week and a half into the lethal siege that has pulverised homes and other buildings and left people desperate for food, water, heat and medicine.

Now an online fundraiser has been set up to “help us build a rocket that will send a bloody dictator far far away”.

“100 million good citizens of the Earth can send the one Evil to Jupiter. Why Jupiter? It is a gas giant and the largest planet in the solar system,” the webpage reads.

The ‘joke’ fundraiser has already raised over $2 million.

But don’t worry the money isn’t going to be wasted trying to launch the lunatic dictator into space, the cash will actually be used to “help [the] armed forces of Ukraine and rebuild the destroyed infrastructure of Ukraine”.