“The approach of our friends and neighbours in Europe has been disappointing, with the leadership in France in particular showing a mean and rather childish attitude to any future relationship," the restaurant owner argued. 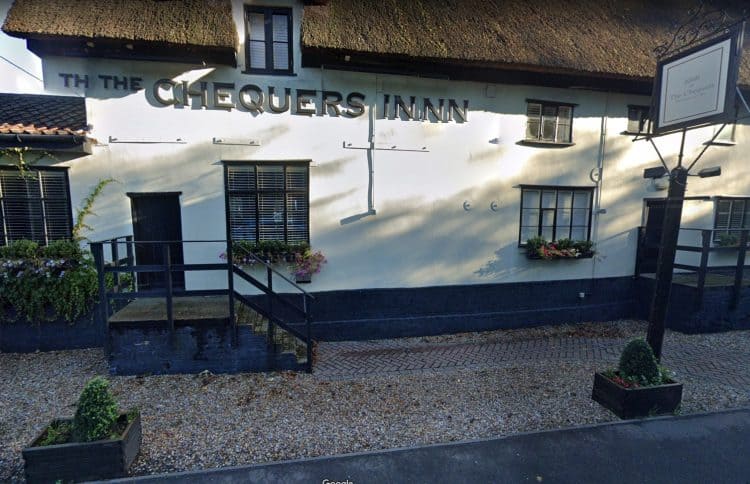 A restaurant owner has taken all the French food and wine off its menu to protest against France wanting from the UK “more than what has been agreed” after Brexit.

The owner of the 1066 At The Chequers is Bressingham, Norfolk, vowed to stop stocking anything from France until the country shows “a more amenable approach” towards the UK.

Seemingly overlooking Boris Johnson’s insistence last November he would not make concessions to France over fishing rights, Michael Knox-Johnson said his business decision is based on the French approach to fishing rights after Brexit.

‘Disappointed with their approach’

“It’s something I feel quite strongly about,” he told Diss Express.

He added: “I’m not anti-French – I’m just disappointed with their approach and the situation the country is now in.

“Take the approach on fishing – we sell a lot of fish and we specialise in it, but I feel that France wants more than what has been agreed and what’s sensible, and our fishermen are suffering.

“We have always had a good relationship with the French but I don’t think it’s fair. We don’t get the same problems from Norway or Holland.

“I’m not trying to offend anybody, and I’m not excusing aspects of our own government, but this is my little way of saying ‘this is wrong’.”

His restaurant has been serving French wines since its opening in 2017, but now customers will see a message signed by him attached to the wine list.

Customers ‘very supportive’ of the move

He said: “This has been a very difficult year for the hospitality sector with Covid-19, frequent lockdowns and also our departure from the European Union.

“The approach of our friends and neighbours in Europe has been disappointing, with the leadership in France in particular showing a mean and rather childish attitude to any future relationship.

“It is now essential that we show support to those who have supported us now and in the future and we will, therefore, no longer purchase French wine and food until the French politicians show a more amenable approach to us.”

Knox-Johnson insisted his customers have been very supportive of the move: “Without question, people have said ‘we are entirely with you’.

“It’s given our guests a chance to try other wines, which has been quite interesting. People are trying more wines from Chile and South Africa, and it’s given the opportunity to promote more British products, too, which is great.”

Earlier this month, fishermen in Cornwall lamented their situation post-Brexit, and said the West Country boats have been “sold a dream”.

New fishing rules came into force at the start of 2021, which the National Federation of Fishermen’s Organisations labelled a “sell out”.

Paul Trebilcock, manager at Ocean Fish, a 300-year-old Cornish fishing firm, remembered when senior people from the government came to the area and made Brexit promises.

“We had Michael Gove standing here on the harbour telling us we would have greater control of our seas, and a greater share of fish. Nothing has changed. We’re pretty much in the same position as we were before. Maybe we’re a little worse off,” Trebilcock said.

Related: Farmers to have £1.8 billion pre-Brexit cash removed amid warning many will go bust