"We had Michael Gove standing here on the harbour telling us we would have greater control of our seas, and a greater share of fish. Nothing has changed. We’re pretty much in the same position as we were before. Maybe we’re a little worse off." 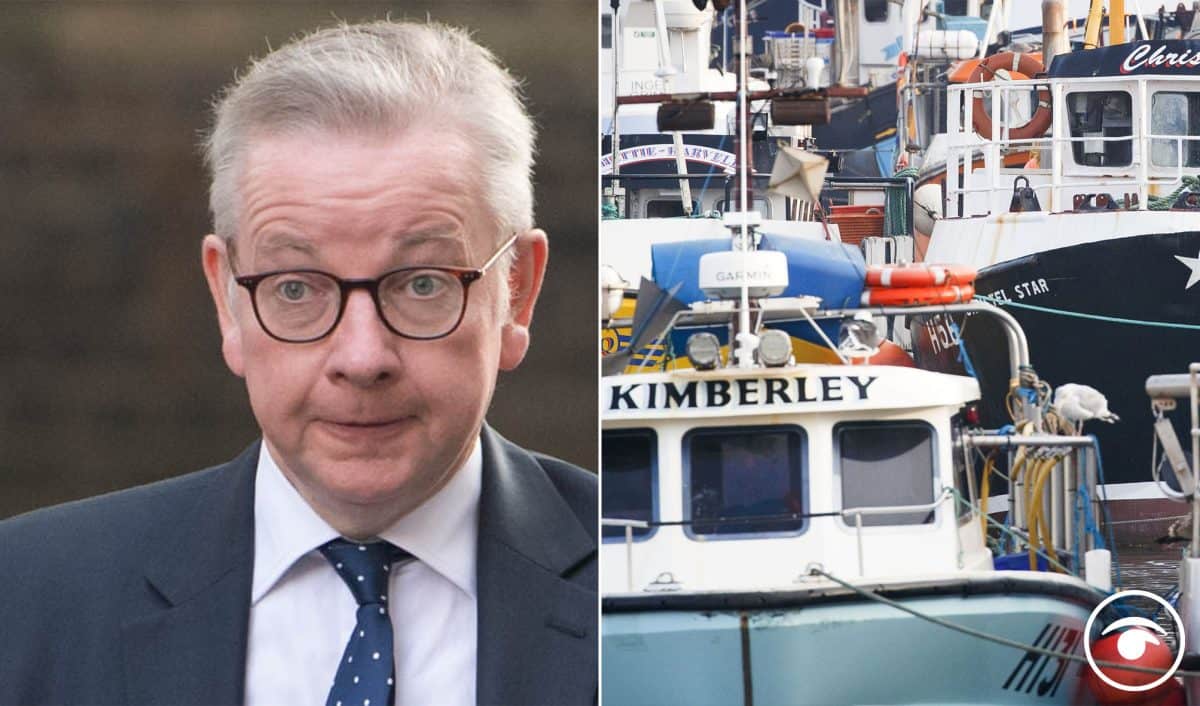 Fishermen in Cornwall are lamenting their situation post-Brexit, and say West Country boats have been “sold a dream”.

The comments come after new fishing rules came into force at the start of 2021, which the National Federation of Fishermen’s Organisations labelled a “sell out”.

Despite 92 per cent of the UK’s fishing industry voting for Brexit due to promises of “taking back control” of “British waters”, they are now suffering from huge red tape.

‘The French enjoy post-Brexit rules but we faced complications’

“It takes time and it costs money,” Newlyn Harbour skipper James Chown told the i.

He added:  “The French seem to enjoy these new regulations.

“The first time we tried to land pollock in Roscoff, Brittany, we were told to go over to Brest [a port further South], apparently for no reason whatsoever.

Chown recalled being the first boat to land in France after Brexit, and said “complications were immediately there” and the French “can be very militant” and set fish on fire if they “don’t get their way”.

And he complained about the lack of freedom UK fishermen now have: “Changing between pollock and hake is more sustainable but we can’t do that now. We get a very good price for hake here, so we’re doing okay financially, but I think things need to change long-term. I want to catch pollock too.

“We’d also like to see different ports open up. Why do we have to go through France? I’d like to land straight into Santander (Spain). That would make life far easier.”

Meanwhile, Paul Trebilcock, manager at Ocean Fish, a 300-year-old Cornish fishing firm, remembered when senior people from the government came to the area and made Brexit promises.

“We had Michael Gove standing here on the harbour telling us we would have greater control of our seas, and a greater share of fish. Nothing has changed. We’re pretty much in the same position as we were before. Maybe we’re a little worse off,” Trebilcock said.

And, while he thinks the Scottish fishing industry has benefitted from Brexit, he believes the West Country boats have been “sold a dream”.

One example Trebilcock gave is fishermen being told they would have 12 miles from land reserved for UK boats post-Brexit, but they currently only have six.

He said: “We have been massively short-changed and it does seem like boats down here have been hung out to dry.

“The increase in quota share for various species has been marginal. There’s also the issue of the six-12 mile limit, which we were told would be ours, but that hasn’t happened.”

Related: Farmers to have £1.8 billion pre-Brexit cash removed amid warning many will go bust