The Lib Dems have urged Boris Johnson’s government to close a loophole which peers fear would let illegal cash from Russia and other parts of the world into the UK. 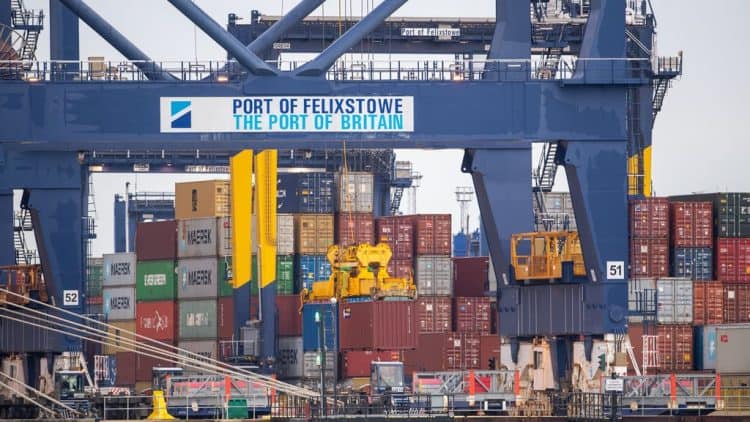 Fears are mounting that tax breaks to be given to eight English freeports after Brexit would allow the areas to be used to launder money, it has emerged.

The Lib Dems have urged Boris Johnson’s government to close a loophole which peers fear would let illegal cash from Russia and other parts of the world into the UK.

The party fears that the government move, which is meant to boost trade after Brexit, would extend money laundering beyond London.

An amendment proposed by Lib Dem peer Susan Kramer to be voted on by peers on Monday would only allow freeports to benefit from tax breaks if they publicly declare the business owners involved with them, The Independent has reported.

She said: “We risk opening our doors even further to Kremlin-linked oligarchs at the moment when we should be putting a stop to this interference.

“The sunlight of transparency will act as a deterrent to Russian oligarchs and others who want to flood their dirty money into this country.”

Kramer urged the government to back up her amendment, saying politicians across parties support the policy.

“Freeports must not become a hotbed for criminal activity and money laundering,” she added.

Meanwhile, Labour asked the government to put a stop to unlawful cash and asked the Tories to give back donations from “those who have made money from Russia or have alleged links to the Putin regime”.

‘Money-laundering capital of the world’

Shadow Foreign Secretary David Lammy and shadow Chancellor Rachel Reeves argued it is “shameful” that the UK is labelled as “the money-laundering capital of the world”.

Labour under leader Keir Starmer demands a new registration process for foreign agents, tightened up law around donations made to UK parties and Companies House registration reforms to avoid fraud.

But Tory ministers said only people who have British citizenship can donate to UK parties, and insisted they are registered with the Electoral Commission.

“No-one has taken money from the Russians. Let’s be very clear about this. One needs to be a UK national to make a donation. Any such donations are declared and properly scrutinised,” Clarke said.

Last June, a Brexiteer who is one of the UK’s most influential free trade campaigners and has advised the government on the topic made front page news in Honduras.

The company Singham works for wanted to make it easier to start a business, pay taxes or import goods in the area.

But the Honduran Supreme Court ruled in 2012 that this type of administration is invalid, because it would violate the national sovereignty of the Central American country.

Rosa Danelia Hendrix, president of the Bay Islands Federation of Village Councils, slammed the freeport libertarian philosophy as showing an “aversion towards states, their laws and regulations”.