The announcement has prompted calls for similar moves to be made in the UK. 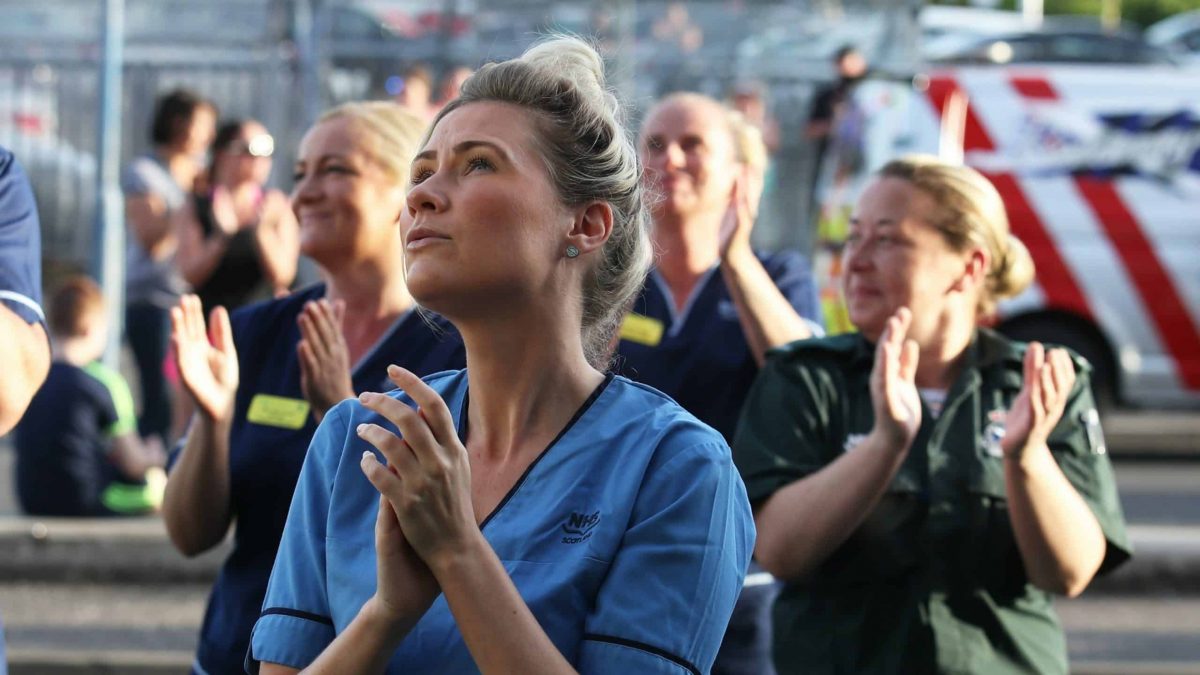 Health workers in France are set to receive €8 billion-worth of pay rises for the role they have played in fighting coronavirus.

The French government signed a deal with trade unions on Monday after seven weeks of fraught negotiations.

Much like in the UK, health workers have been revered as heroes during the pandemic with regular displays of public appreciation.

But they wanted more than recognition and have held protests to demand pay rises and better funding for hospitals.

The government reached an agreement on pay that will see the wages of health workers rise by €183 a month on average.

The deal, which most trade unions have signed up to, was hailed by the new French Prime Minister, Jean Castex, as a “historic moment for our health system”.

“This is first of all recognition of those who have been on the front line in the fight against this epidemic,” Mr Castex said at a signing ceremony.

“It’s also a way of catching up the delay for each and every one – including perhaps myself – has their share of responsibility.”

The move comes amid similar calls in the UK, with Sir Keir Starmer leading the march for “meaningful action” for NHS workers.

At the start of the month the country united in a clap to celebrate the 72nd anniversary of the health service.

The Labour leader said: “The pride and the thanks that we have for the NHS which is always there, is reinforced this year by everything that all the staff in the NHS have done in relation to the Covid crisis.

“Of course, we’re not through that, and it will be our NHS heroes and the bravery of what they do which will get us through whatever comes next.

“That’s why it’s very important that we don’t just say thanks, but recognise in a meaningful way what the NHS has done.

“And that’s why Labour supports those calling on the Government today to make an immediate commitment to talks on a pay rise for NHS workers.”

We can’t just thank our NHS heroes: we must properly recognise what they have done.

That’s why Labour is supporting those calling on the Government to make an immediate commitment to talks on a pay rise for NHS workers.