The seizure was made under the proceeds of crime act as it was being transported from the Cayman Islands to Switzerland, via Venezuela. 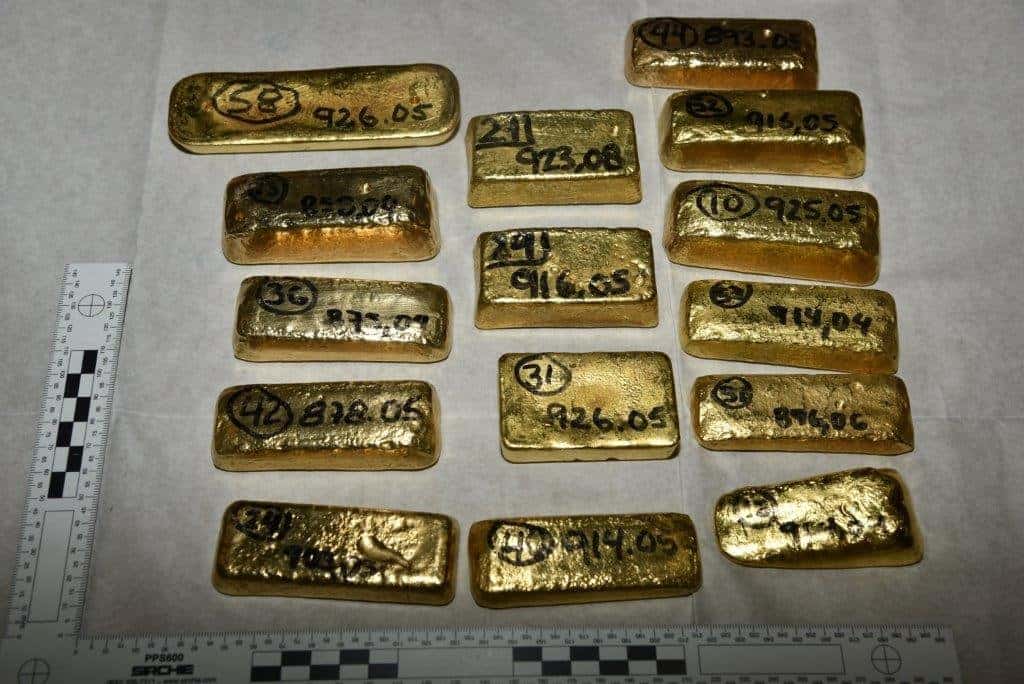 Four million pounds worth of gold has been seized at Heathrow by officers investigating a south American drugs cartel.

The gold, weighing around 104 kilos was on its way to Switzerland from the Cayman Islands when it was seized.

It had previously arrived in the Caymans from Venezuela on a private jet.

The shipment was seized last month but magistrates have now allowed the National Crime Agency to hold it under the Proceeds of Crime act.

The gold is now being treated as money laundering in an investigation by the Cayman Islands with the help of the NCA.

NCA Heathrow branch commander, Steve McIntyre, said: “We believe that this shipment was linked to drugs cartels operating out of South America.

“Working with partners overseas and in the UK we were quickly able to identify it and stop its onward movement.

“The business model of many organised crime groups relies upon the ability to move money across borders, to fund further investment in criminal activity.

“If we can stop that it not only causes disruption to the criminal network involved and prevents them benefiting from crime, it also stops that re-investment.”

“Officers from Border Force, acting on intelligence from the NCA, moved in to detain the shipment at Heathrow on 1 June.

“It was being transported from the Cayman Islands to Switzerland, having earlier been shipped to the Caymans on a private jet which had arrived from Venezuela.

“The gold is now the subject of a money laundering investigation being run by the Cayman authorities, with the assistance of the NCA.

“The bars and pieces of gold, which together weigh around 104 kilos, have now been seized under the Proceeds of Crime Act, following a hearing at Uxbridge Magistrates in London.”

Nick Jariwalla, Border Force Heathrow Director, said: “Taking large amounts of money or gold out of the control of criminal networks hits them where they feel it most, in the pocket.

“This was a substantial seizure and demonstrates how effectively Border Force works with law enforcement partners, both at home and abroad, to combat organised crime.”