This clip of one of the Conservative Party’s biggest bankrollers, former Tory Party Treasurer Lord Ashcroft being chased by intrepid Panorama reporter Richard Bilton across the Conservative Party conference floor until he hides in a toilet is going viral. While ordinary Brits pay their full taxes and government peers were under pressure to pay their […] 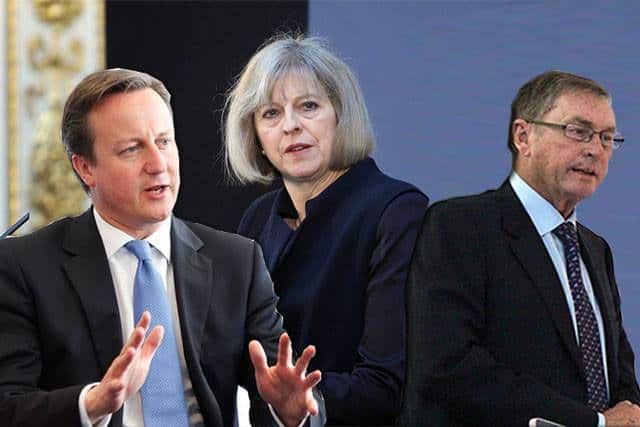 While ordinary Brits pay their full taxes and government peers were under pressure to pay their proper share of taxes, leaked documents show that between 2000 and 2010, Lord Ashcroft received payments of £150 million from a Bermuda offshore trust.

The BBC documentary revealed that the Tory peer sat in the House of Lords while making the most of his non-dom tax exile status.

He was nicknamed the “PigGate peer” after publishing an unauthorised wart and all biography of David Cameron by Elizabeth Oakshott with stories of drugs taking and obnoxious Bullingdon Club hijinks including a sexual act with a pig’s head.

But he has started donating to the Tory Party again under Theresa May’s premiership.

Lord Ashcroft’s spokesperson told the Guardian newspaper that he had never taken part in tax avoidance or evasion.

However the Paradise Papers tax haven leaks reveal that the Conservative peer ignored rules with an offshore trust, squirrelling away hundreds of millions.

We chant stop watching this clip of Lord Ashcroft fleeing questions about his tax avoidance, muttering “dear, dear, dear” repeated until he finds a toilet to hide in:

Posted by The London Economic on Monday, 6 November 2017