It is quite possible, and beyond that most satisfactory, to lose one’s thoughts in consideration of the idea that the turbulently shifting great moments of history produce or recognise precisely the artists required to frame those occasions for present and future generations to understand and appreciate. Without Homer, ancient Greece would be but a rubble […] 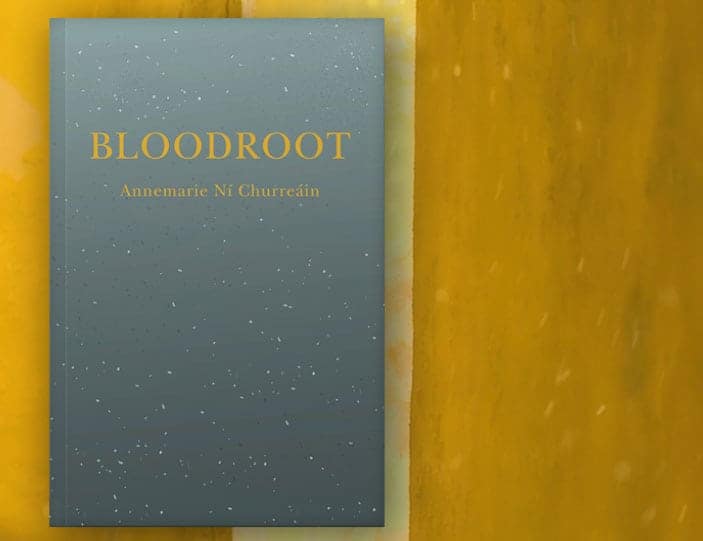 It is quite possible, and beyond that most satisfactory, to lose one’s thoughts in consideration of the idea that the turbulently shifting great moments of history produce or recognise precisely the artists required to frame those occasions for present and future generations to understand and appreciate. Without Homer, ancient Greece would be but a rubble of interesting statuary and quite likely without Homer it all would have been paved over decades ago. Our knowledge of the clashing fortunes and misfortunes begotten of the industrial age begins (or at least should begin) with Dickens, just as the rise of America and the roots of its present fall from grace are all in the works of Fitzgerald, Faulkner and Sinclair Lewis. What are the dire lessons of Fascism without a viewing of Picasso’s Guernica, and so on and so forth. The Earth breeds the brilliant children that its peoples need. You can muse on this and at the end think, that was great fun.

Now, I have thrown around some rather heavyweight names there and perhaps that is a trifle bit unfair to the subject of this review; rather like a sportswriter comparing any thin youth who kicks a ball with decent accuracy to George Best or Leo Messi. However, I truly do believe that the Irish poet Annemarie Ní Churreáin is up to it. She and her first major poetry collection Bloodroot are the artist and art of our times.

For where are we in these late days of 2017, this moment of Trump and Brexit, all things unsettled and ill at ease? Well, just as every cloud must have its silver lining (or so the raindrops do report) there is one great social movement that has arisen with all the sudden burst of a volcanic island announcing itself to the disturbed sea. After centuries spreading into millennia of oppression of women and women’s thoughts, the women of Earth have finally said to the world, Enough! That all ends here, it all ends now, all the harassment, the abuse, the whole notion of second-class citizenry. Whether one chooses to believe that this great rising borne of the sexual harassment by the execrable Harvey Weinstein and the abominable American  President will in fact last – and I do – is a subject we can debate another day in a different essay. For our purposes here, women have always had a voice … it just hasn’t been listened to as often as it should have. And now the voice that protests the silencing of women in these days of protests belongs to a young Irish poet.

And why not? As Annemarie Ní Churreáin refers to in several of the forty-three poems in Bloodroot, Irish cultural history and legend fairly bursts with stories of fantastic women – Queen Maebh, Brigid, and Sadhbh to name three. Indeed I feel quite comfortable in suggesting that the women of Irish history are much, much more interesting than the men who generally only have an outstanding record in back-stabbing one another.

However, I should not mislead. While  Ní Churreáin mentions these figures, she doesn’t dwell on them. Hers is not the poetry of dwelling on the ‘auld times and auld ways’ where every roof is thatched and piglets are toted about like handbags. This is not what I would term theme pub poetry written for wide-eyed tourists. Nor is it the poetry of a forelock tugging Ireland attempting to beg its approval by the world beyond the Atlantic and Irish Sea. In fact, the Irishness of Ní Churreáin’s verse is a function of the fact she was born on this lovely moss-covered island. Had she been born in Quebec she may well have referred to maple syrup and hockey rinks, but only because that’s what happens to be there. You see what I am getting at? Bloodroot is not about cultural environment, not about history, not about politics; rather it is about women quite literally from birth to death existing, striving, surviving within cultural environments, flawed histories and ignorant politics. Each woman’s voice is unique to herself, yet there is a commonality of experience that makes those unique voices come together as a harmony.

All right, there’s all the theoretical folderol dispensed with. You’d probably like to know the answer to, ‘So how’s the writing?’ Well there’s the easiest question I’ll ask myself this year. The writing is goddam exquisite.

For a poem to really work as a piece of art it must perform a certain sleight of hand. The words and phrases must be chosen and arranged with the planning and minute precision of a neurosurgeon’s scalpel while (and here’s the trick of it) seeming just as natural and off-the-cuff as placing one’s usual order at a Chinese takeaway. Whether it is Shakespeare in iambics, Emily Dickinson’s short and pristine stanzas, or Ezra Pound lolling all over the page in free verse, the written voice of a great poet never seems forced and the reader never, ever should detect the riffled pages of a Thesaurus creating static within the lines. To put it bluntly, the words should support the thoughts and not the other way around.

As evidence, here are the first five lines of Annemarie Ní Churreáin’s poem Rita of Cascia, who by the way is the Roman Catholic Saint of Impossible Cases:

Each Friday fresh figs and roses from the market

When we make love I say his name.

But soon he prefers me only in the wool dress.

No longer am I sweet-pot of honey.

That is all clean, ‘normal’ language yet that is much of its beauty. Such lovely sweet things that we all recognise instantly: figs and roses, pots of honey. But then, there’s that wool dress right in the middle and we feel a bit itchy all of a sudden. Then this brief quintet ends with the honey turned to bees; the woman once wooed with fruits and flowers is now re-labeled as … a worker bee, a producer of honey (and presumably children), an annoyance. Shakespeare’s Ariel may have crooned, ‘Where the bee sucks, there suck I’ but to a modern woman being a bee just sucks.

Bloodroot’s poems are divided in three sections. The first is, broadly speaking, about girlhood and adolescence, friends and family. Yet do not think that these poems are all skipping across fields with wildflower tiaras. Yes, there is some of that innocence; I quite loved the images  in The Lane of ‘a stream of girls,/wet hair trailing/a scent of apples’ on their way to the school bus. The problem with innocence though is that it is inevitably lost and usually in the most horrific way, as in Penance where the cold, cold fate of a girl who became pregnant out of wedlock in 1951 is described. That poem’s first word is ‘Shame’ and it’s last two lines, ‘Say aloud:/”in this life I am drowning.”’

The second section moves the collection’s perspective outwards to a degree. Whether it is The Kerry Foot about the true-life mystery of a human foot drifting up on shore, or how a typical village ignores any disruption ot its scheduled activities in The Scandal, Ní Churreáin’s narrative voice is now speaking of a world and to it. The highlight of this section is Newborn, 1984. It is a brilliant poem regarding one woman’s protest against a doctor who took it upon himself to amputate a baby’s extra finger.

In the third and final section there are travels beyond home and beyond Ireland, to India and Florida in particular. Water becomes a vivid symbol in these poems, particularly that of rivers. Rivers in poetry are usually rather passive things; something that is traveled on yet not truly carrying the traveler as an active force itself. So I therefore quite enjoyed the river in Florida Wedding being given a consciousness ending with, ‘the river declares/finally you may swim.’ In the very next poem, Weir View, a truly lovely verse about a same sex marriage, the river reappears at the very end as a partner itself. I love Weir View’s closing line, ‘When we dream of the river, the river comes.’

We began this review with big names and grand pronouncements so symmetry alone demands that we end in much the same way. I am going to tell you an honest, personal truth. Annemarie Ní Churreáin is the finest poet I have encountered for the first time in damn near forty years. The previous one was Leonard Cohen. It’s been worth the wait. These are the poems the world, and particularly its women, have been waiting for. I guess we all dreamt of the river, and the river came bearing a poet.