He has also suggested demonstrators calling for racial equality should be targeted with water cannons while he also referred to illegal immigrants as a 'swarm'. 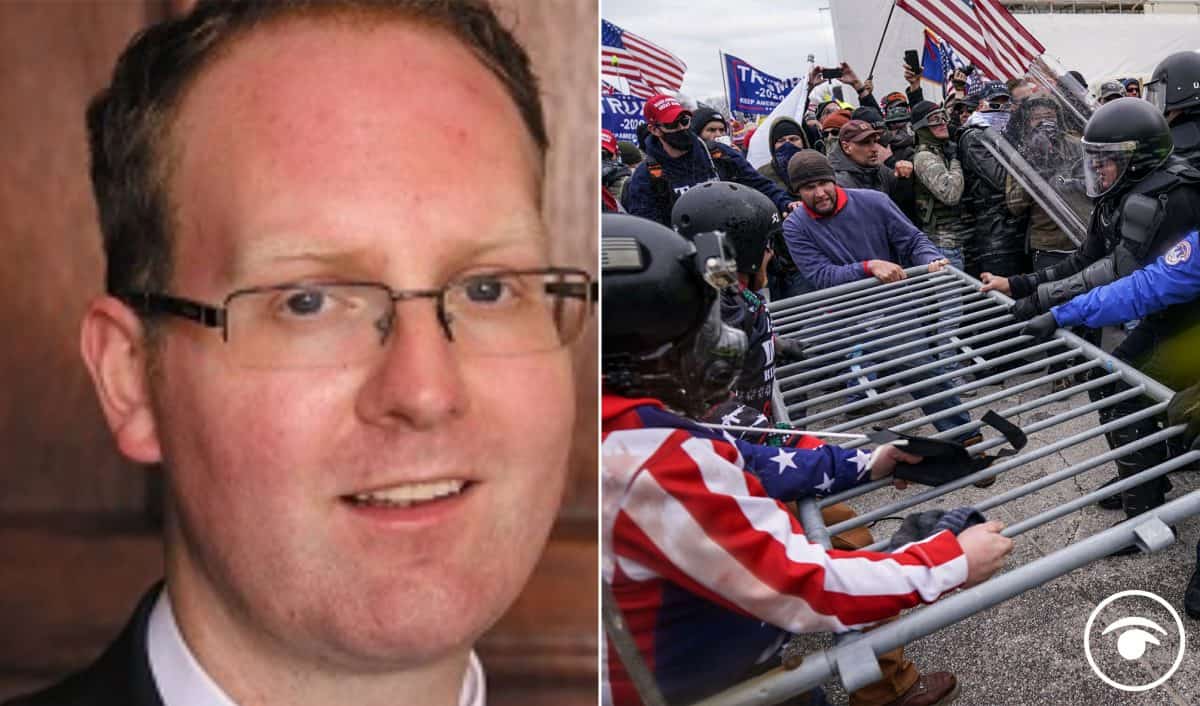 A former Tory councillor has sparked outrage after coming to the defence of outgoing US President Donald Trump following last night’s riots in Washington DC.

His comments come as former Welsh Conservative Party leader,Andrew RT Davies, has been criticised for equating protesters at the US Capitol to those who supported a second referendum on Brexit.

He is an Independent councillor for Bablake area of Coventry, after resigning from the Conservative group in 2016 after stating non-English speaking were “taking over” the country and should “go home”.

Williams was reprimanded by an ethics committee over Twitter posts he made in relation to Black Lives Matters and illegal immigrants.

He suggested demonstrators calling for racial equality should be targeted with water cannons while he also referred to illegal immigrants as a ‘swarm’.

Trump told his supporters via a video message on social media “I love you” and “You’re special”, while also repeating false claims about election fraud. Twitter has since locked the president’s account. The video under his tweet is no longer available.

Glenn Williams said in a Tweet: “Very statesmanlike from the REAL President. He won but the deep state want a puppet not a man who is for the people. He stands for PEACE. Thank you Mr President.”

Coventry MPs did not share his opinion. Labour MP Zarah Sultanta Tweeted: “Jacob Blake got into a car with his kids; police shot and paralysed him. Armed far-right vigilantes are currently storming America’s Congress; police watch and do nothing. These are not signs of a healthy democracy.”

Labour MP Taiwo Owatemi Tweeted: “Donald Trump is an enemy of democracy. The frightening scenes at the US Capitol are a culmination of his hate-filled agenda that has sought to erode the rule of law and common decency. I stand in solidarity with DC residents and Capitol staff in condemnation of these rioters.”

A former Welsh Conservative Party leader has been criticised for equating protesters at the US Capitol to those who supported a second referendum on Brexit.

Andrew RT Davies, now the Welsh Conservatives health spokesman, responded to a tweet by Sir Keir Starmer, in which the Labour leader described the “horrendous scenes” in Washington DC as “a direct attack on democracy and legislators carrying out the will of the American people”.

Quoting the tweet, Mr Davies wrote: “To be honest I’m not sure you’re in the strongest position right now given you campaigned to overturn democracy and the will of the British people.”

His comments were condemned by former Conservative MP Alistair Burt, who described the tweet as an “appalling and completely unworthy analogy”, adding: “Have you taken leave of your senses equating the two?

“If you are an office holder of any sort in the Conservative Party, resign now.”