The i says Donald Trump incited protesters by instructing them: “We will never concede”. 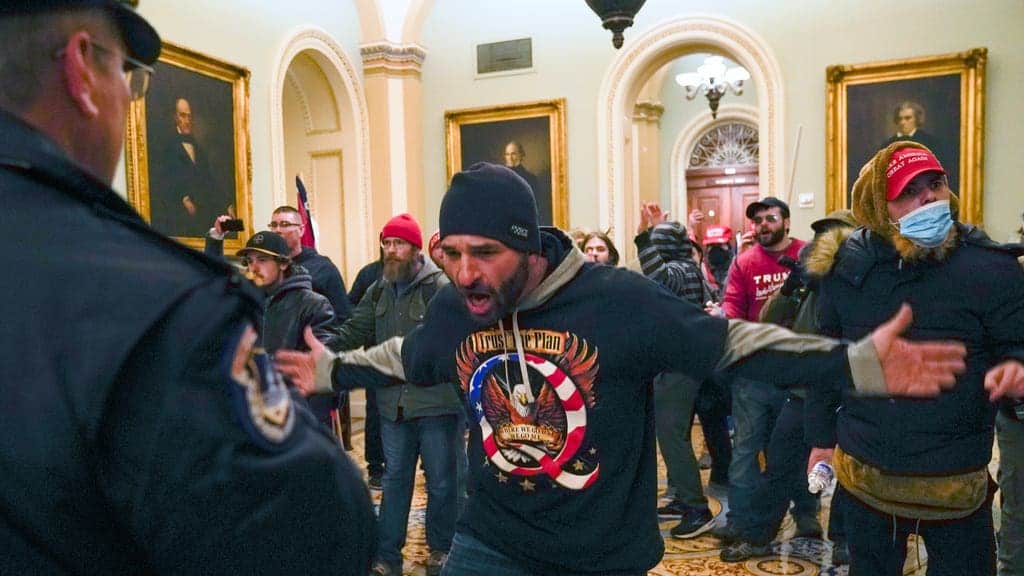 Metro calls it “Anarchy in the US”, in a story also covered by the Financial Times, The Daily Telegraph as “Democracy under siege”, and The Guardian.

ANARCHY IN THE US ??

The i says Donald Trump incited protesters by instructing them: “We will never concede”, which The Independent calls an “Assault on democracy”.

Thursday's front page: Anarchy in the USA as Trump incites thousands of protesters to storms the Capitol #TomorrowsPapersToday pic.twitter.com/MoCj0PNnhO

The Times, the Daily Mail and the Daily Mirror promise millions more doses of coronavirus vaccinations, with the latter saying the “historic push” promises “a force for good”.

The Daily Express says regarding the vaccination drive that “The big push starts today” and The Sun implores members of the public to “roll your sleeves up”.

And adding a degree of positivity, the Daily Star uses the headlines “The clap’s back” as it says members of the public are being asked to congratulate NHS workers.

– The clap’s back! 8pm every Thursday and this time it’s for all of our heroes #NHS #covid19