'If Boris was a Christmas Lunch,' tweeted one horrified social media user. 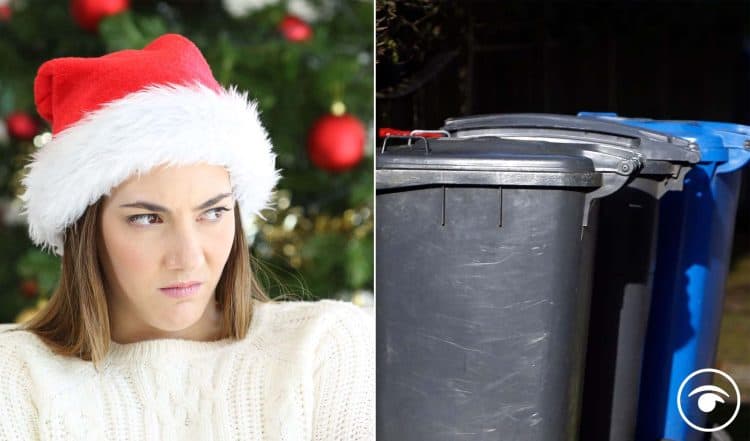 Remember school dinners? I’ll be honest, I’m so old I barely can. Getting Covid and losing my sense of taste can’t be blamed for that though.

My parents were worried about BSE so I wasn’t allowed beef. It was the 80s, in Newcastle, and vegetarians didn’t really exist around mine. Thus I was viewed with suspicion by the dinner ladies, not to mention my fellow pupils.

A burger without a bun is hardly fair, is it? OK, now I’ve got that off my chest, let’s see whether the standard of food has improved over the years.

From one viral tweet, it seems not. Dad Ciaran Walsh shared the offering served up to one of his daughters who attends Steyning Grammar School and Sixth Form College in West Sussex.

Walsh is quoted in The Guardian as saying: “The impression I got was that most of this stuff went in the bin. For most of the kids, there was this sense of disbelief that that’s what they got.

“You want your kids to have the best and Christmas is a time when a special meal is part of that, and this wasn’t special in the right way.”

He then tweeted: “Weird how this blew up. Just for the record, it’s a decent school, my kids are happy there (and no they didn’t ask me to say that). This lunch was obviously not their finest hour but we all get things wrong sometimes, please don’t be too harsh!”

Another pic from the same school was shared to a local Facebook group, where the food was called a “foreskin on a dry bap”, “Soylent Green and something left over from A level anatomy”, and “lichen on dry bread”.