Gripping romantic thriller The Leopard’s Daughter: A Pukhtun Story by David Raeburn Finn is an original and eye-opening anti-war novel shedding new light on the 20-year war in Afghanistan. 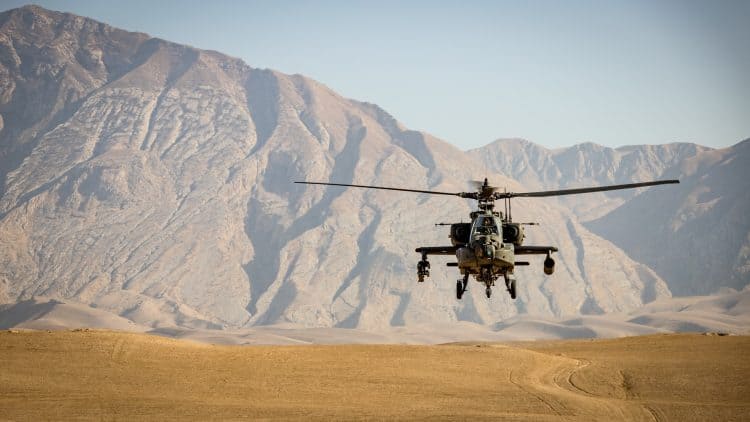 Written by a Canadian, David Raeburn Finn, The Leopard’s Daughter: A Pukhtun Story is a thoughtful and timely anti-war novel set during the Afghan war.

Its male protagonist, Mohammed, is a skilled Denver surgeon who joins the US Special Forces as a frontline medic in Afghanistan. As a Muslim of Pashtun descent he is followed by the CIA’s racist OWL program (Others Watch List).

Once posted, he struggles with the role he has taken on. He is horrified by the actions of some American troops and is drawn deeper to his roots as he engages and interacts with local Afghan people.

A key turning point comes when he defends a local Pashtun family from a violent attack—an ambush set up specifically to target him.

Mohammed agrees to be a guest in the home of Shahay’s father in Bajaur, on the frontier between Afghanistan and neighbouring Pakistan. While he tends to his patient he is unaware of the threats he has brought upon his hosts.

OWL managers hire private contractors in a bid to uncover his true allegiances, brought into question first because of his background, then by his evident sympathies for the Pashtuns and now, his extended visit to a Pashtun village.

Thereafter follows a game of cat and mouse with potentially fatal consequences, both for Mohammed and the Pashtuns, not least Shahay, he has befriended.

The Leopard’s Daughter: A Pukhtun Story is a compelling read, with the tense arc concerning Mohammed’s fate magnified by the nascent romance blossoming between him and his patient.

But more than this, it also provides an intelligent enquiry into the realities of the War in Afghanistan, dismissing the Western propaganda to ask who are really the heroes and villains in this brutal conflict.

Flipping the traditional view of the Americans being the ‘good guys’, the novel opens readers’ eyes to a new narrative based on documented fact—the harrowing and horrific persecution of the local Pashtun civilians who showed no allegiance to the Taliban yet were still ruthlessly targeted.

In stark contrast to received wisdom about the ‘enemy’, it highlights not only the generosity of the Pashtuns but also their value systems and desire for religious and social tolerance.

It also underlines—again, completely grounded in reality—how the US military intervention had a devastating impact upon a noble people, with more than a million casualties through to illegal torture, killings and classic military incompetence.

As the novel makes clear, this is in no small part because of the inherent xenophobia that is left unchallenged among the troops. If anything, this gung-ho, woefully misinformed attitude is encouraged:

Mohammed noticed it first. Outside his platoon conversations regularly stopped as he passed. Muttered slurs floated from the midst of muted conversations. ‘Dune coon’, ‘haji’, ‘racoon’, ‘kebab’. It was crude logic. His acceptance by Afghans meant he was Afghan. Since Afghans didn’t want Americans around, he was suspect, possibly a traitor. Meanwhile, his platoon mates griped about countless cups of villagers’ tea. He dealt easily with their grumbles. “Their code demands generosity. They have nothing else to offer. They’re embarrassed that they can only offer tea.”

While making for uncomfortable reading, full credit should go to author David Raeburn Finn for using his novel to raise awareness of these troubling issues.

It is, however, worth adding that while undoubtedly an anti-war novel, The Leopard’s Daughter: A Pukhtun Story is not just a polemic against American military policies and attitudes.

In fact, the author’s sensitive mapping of identity, love, trauma, and grief, this gripping romantic thriller engages both the heart and mind.

Personally, I was particularly impressed by the vivid representation of the Pashtun people, and of the majestic landscape they inhabit.

Between the war-torn ruins and explosions a light is shone on the fabric of a living, rich culture and the values of the Pashtun people.

I love the scene, for example, where Mohammed is speaking to Shahay after she awakens from surgery, where he explains what has happened to her.

“I bound your leg to stop the blood, then used a small piece of vein from your leg to close the wound.” He avoided mention of cutting her clothing. Nya forewarned him. Family honour, namous, is founded on women’s purity. Women were never to be made vulnerable to men’s predations.

Just as Mohammed—with unspoken feelings towards Shahay—begins a journey of self-discovery, so do we, learning alongside him the codes and expectations of Shahay’s ancient culture.

In writing the novel—the first I’m aware of that covers the War in Afghanistan with consideration of the Pashtun point of view—author David Raeburn Finn has drawn extensively on his background in Islamic studies.

Not only did he spend the best part of a decade researching this novel, speaking with Pashtun elders to better understand their culture and experience of the war, but also  drew upon a book he co-authored, A Brief Introduction: Believing Women In Islam, which considers the Quran’s teachings about patriarchy and women.

This is why The Leopard’s Daughter is bursting with such vibrant detail and authenticity concerning the Pashtun culture, and likely why the female characters, particularly Shahay, are so well-drawn and engaging.

In conclusion, this is a moving and powerful story that will keep readers hooked from start to finish. Finally it is, in my humble opinion, worthy of cinematic adaptation.

The Leopard’s Daughter: A Pukhtun Story by David Raeburn Finn (Lemahouse) is out on Amazon in hardcover, paperback and eBook priced at £26.95, £17.99 and £9 respectively. For more information, visit www.davidrfinn.com.

Canadian author David Raeburn Finn spent more than a decade researching and writing his moving anti-war novel The Leopard’s Daughter: A Pukhtun Story. While he cannot be seen as a spokesperson for the Pashtuns or an official expert on their culture, he has many valuable insights into the War in Afghanistan, as we find out.

Q. What inspired you to write The Leopard’s Daughter: A Pukhtun Story?

A. From the beginning of the Afghan War in 2001 the Western media uniformly described Pashtuns as the enemy. But a Christian Science Monitor article describing a suicide bombing in Batmalai, Bajaur in November, 2008, paints a different story. The Pashtun Tarkanri Salarzai and Utmankhel tribes were meeting to organised a lashkar, a militia, to defend against the TTP, the Tehrik e Taliban of Pakistan. Why would Pashtun tribes need to defend against the Taliban if Pashtuns were uniformly Taliban sympathisers?

Q. The novel has a strong anti-war theme. Do you think the War in Afghanistan was unjustified?

A. Justification for the war? None. It was ‘WMDs Afghanistan’. Jane’s Defence noted in April 2001 that the US was preparing the Afghanistan invasion.

As for 9/11, it was perpetrated by individuals: 15 Saudis, two Emiratis, and one from each of Lebanon and Egypt. No Afghans. No Afghan state involvement. A video allegedly showing bin Laden dancing a jig after 9/11 and boasting of the success was miraculously found by SAS (in an abandoned compound). It permitted the US to argue, post hoc, that Afghanistan hosted a terrorist mastermind who organized 9/11. The tape was a fraud, universally laughed at by the whole subcontinent.

Q. Having developed good contacts with the Pashtun community in Afghanistan, how would you sum up their view on the war, and the lasting impact of military intervention?

A: The best estimates of deaths—mostly Pashtuns—in Afghanistan and Pakistan is 1.2million (Nicholas Davies and Medea Benjamin study). If 10% were combatants, over one million were civilians. Western soldiers tended to call in air power when the fighting got tough. Pashtuns regard this as cowardice.

The Pashtun code reveres an honour for which truth and courage are requirements. Since Western nations are seen as liars and cowards they are seen as incapable of honour. The West as a whole has been stained by the war.

Q. What was the most challenging aspect of writing the novel, and how did you overcome this?

A. The most challenging aspect was my technical ignorance of narrative fiction’s demands. Without brilliant and demanding editors from the UK’s Cornerstones Literary Agency and the Literary Consultancy I doubt the novel would have survived!

Q. Many readers have commented that there is a cinematic quality to the novel. Did you strive for this effect when writing it?

A. I had no sense that The Leopard’s Daughter: A Pukhtun Story might be amenable to cinematic adaptation. I imagined soldiers under fire, a surgeon/medic treating wounded in the field, the impact on him of losing comrades; I imagined a young child learning to care for a leopard cub, to be its companion, and imagined that five-year-old girl, now become an adult, fighting fiercely for her honour and her life.

Q. The United States has a tendency towards unilateral military intervention. On balance, has this been a force for good or bad, and if the latter what would you propose to counter such action in the future?

A: Unilateral US military adventures have exposed it to military humiliation and international reputational damage. The planet will benefit enormously.

The motive force for US military misadventures lies with a cadre of US-crazed ideologues perennially close to power. Similar ideologues occupy positions of power amongst America’s ‘allies’. Post-Afghan war, America’s continued blundering narcissism and desperate economic nationalism already encourage disintegration of allied support for all but those English-speaking poodles leashed to a nation which has long lost its way.

Q. The novel’s two central characters are Muslim. What has the response of readers been to this?

A: Muslims have welcomed Muslim heroes. Some readers have responded in curious, perhaps bewildered silence, (‘Can Muslims be heroes?) yet others with vituperative disdain.

Q. You used to teach philosophy. With this in mind, what is the philosophical answer to the question of warfare?

A: Pashtuns summarize rational human goals prosaically as “Zan, Zar, Zameen” (Women, Family and Property/Wealth).  I can only add that all the above can be tended to quite well without war but none with it.

Q. You are the co-author of an academic book, A Brief Introduction: Believing Women In Islam, which is currently in the running for an award. How would you sum this book up, and how do you feel about the award nomination?

A: That A Brief Introduction: Believing Women in Islam was nominated for the 2022 Grawemeyer Award for Religion came out of the blue—a welcome surprize.  Its message understands the Qur’an as the Divine egalitarian revelation of male/female equality. It disputes entrenched interpretations specifying patriarchal rule in family, in law and in political life.

Q. What is the next book that you are working on?

A: I am currently involved in two literary projects—one fictional, one historical—that will continue to find me amid the Pashtuns.