The Irish Examiner bid farewell to 'Eton's greatest mess', comparing his fall to watching posh neighbours brawl in their garden, calling it: 'Just so enjoyable... So deeply, satisfyingly pleasurable.' 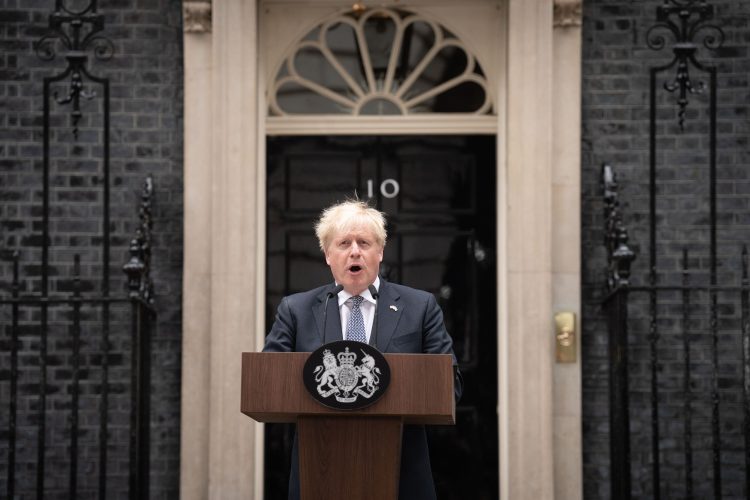 The international press has also cast an eye on the collapse of Boris Johnson’s government.

A lot of them enjoyed seeing the Brexit PM leave the UK’s top job.

The Irish Examiner bid farewell to ‘Eton’s greatest mess’, comparing his fall to watching posh neighbours brawl in their garden, calling it: ‘Just so enjoyable… So deeply, satisfyingly pleasurable.’

‘Borexit’ was the headline in Germany’s biggest tabloid Bild, which spoke of Mr Johnson’s ’embarrassing semi-resignation.’

Der Spiegel writes that Johnson “obviously failed to see the calamity that had been building for the past few days. But why would he have done? Compared to the populistic and perfidious rack and ruin of the past three Johnson years, the latest scandal … was almost pardonable. Nothing more than a pale comet’s tail in the cosmos of lies of Boris Johnson”.

Liberal-leaning Süddeutsche Zeitung, wrote: “That he is not a man of integrity one might have reckoned with. When Johnson became the British prime minister in 2019 the former foreign minister and mayor of London had a longstanding reputation for buoyantly stepping from one blunder to another. And once arrived in the highest echelons of the government, he just kept going in the same vein.

“During the pandemic he even said that chaos was not so bad, as chaos meant that everyone had to look at him in order to see who the boss was. Which is how he managed to secure this type of attention on a consistent basis.”

El Pais, compared Johnson’s fate to Donald Trump – saying he is another ‘Western populist down the drain of history’ who ‘lost power without much honour.’ ‘His fall is a fair reflection of the UK’s endless political crisis.’

‘Europe says goodbye to Boris Johnson without tears or sorrow,’ is how El Mundo covered the story, calling Boris Johnson an ‘unscrupulous leader’ who ‘has left not a single friend or admirer’.

‘The premier has done nothing but accumulate firewood and light matches.’

Corriere della Sera, calls him ‘the child who wanted to be “King of the World”‘ who it says was brought down ‘by the clownish mask that he chooses to wear’.

Reubblica describes Mr Johnson as a ‘modern King Lear… unable to distinguish between right and wrong.’

‘Boris has lost his job due to his calibrated personality, that clownish mask that he built since he was a boy and which expresses itself in a disordered and amoral personality… A serial traitor, a hardened liar…

‘On his political epitaph of him it can be written that he was a scoundrel of genius: whose genius was overwhelmed by his irremediable character.’

Left-leaning Libération tops the story with a single English word: “Out”.

A news bulletin on public radio station, France Inter, headlined “Storm in Shakespeare-land”, saying there have been “countless scandals based on alcohol, wandering hands and lies”.

The Ekstrabladet tabloid newspaper went with the short and to-the-point headline: ‘Now he is done’