The scenes were described as "nothing short of child abuse" by justice minister Naomi Long. 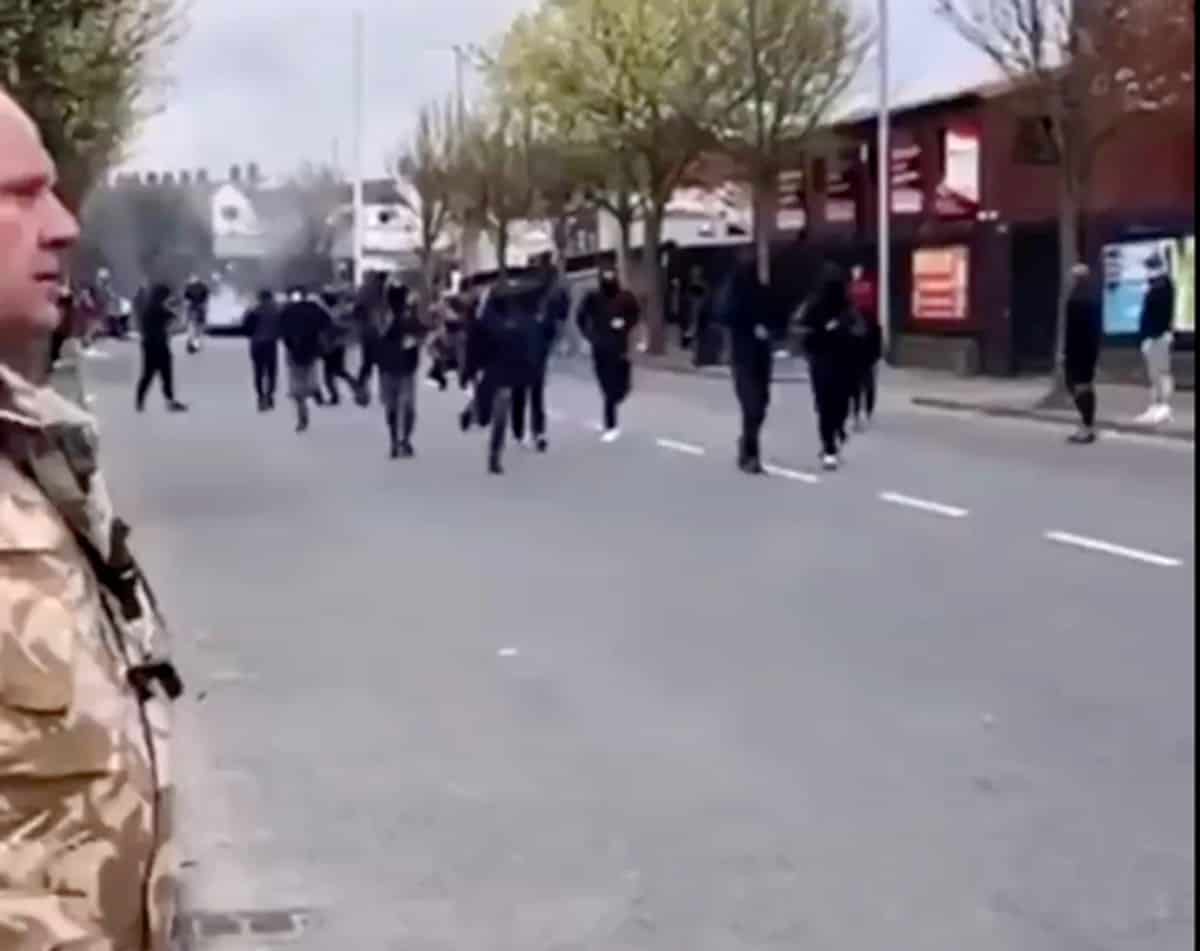 Worrying footage has emerged from Belfast appearing to show adults goading youngsters into street violence as tensions continue to spill over in the Northern Irish capital.

Children, some as young as 12, were amongst those involved in violence which saw around 600 people gathered in chaotic scenes this week.

According to Belfast Live, they were on the same streets as officers who were permitted to discharge six AEPs, or plastic bullet type projectiles, in a bid to stem further escalation of rioting.

Eight officers were injured as they dealt with sustained attacks from people throwing petrol bombs, masonry and fireworks and the hijacking of two cars and a bus which were burnt out.

Justice minister Naomi Long said she had watched in horror as footage showed adults “standing by cheering and goading and encouraging young people on as they wreaked havoc in their own community”.

She said: “This is nothing short of child abuse. There can be no excuse or justification for what has taken place. Our condemnation of such violence must be unequivocal.”

There were further calls for calm this morning after another night of violence in Northern Ireland.

Secretary of State Brandon Lewis is to meet Stormont political parties to discuss the situation.

The violence was at a lower level on Thursday evening than it had been on Wednesday, but officers came under attack with petrol bombs, fireworks and stones.

A water cannon was used by police in Northern Ireland for the first time in six years to quell crowds gathered on a nationalist section of the Springfield Road.

A human chain of community workers was formed to prevent rioters reaching the gates at the peace wall at Lanark Way, the scene of Wednesday night’s tensions.

In total, 74 police officers have been injured in more than a week of violence.

PSNI Assistant Chief Constable Jonathan Roberts said two arrests were made on Thursday night and a “significant criminal investigation” is under way.

He described the range of injuries as generally minor to limbs and bodies, and damage to hearing.

Mr Roberts said measures such as AEPs – a type of plastic bullet – and a water cannon were deployed over recent nights when police had exhausted other tactics.

Police dogs were also utilised on Thursday night, with one injured during the disorder.

“Two nights ago the disorder was spontaneous, we did not anticipate that such large crowds on both sides of the interface would turn out and would seek to attack each other and to attack police so other tactics such as water cannon were not so readily available,” he told the BBC’s Stephen Nolan Show.

“The water cannon is a lesser option, it poses less risk, it is a lesser use of force. Last night then it was our preferred option in the interests of protecting those who engage in disorder. It did not become necessary then to move to the use of AEP.”

“Potential to move into disorder”

Mr Roberts said police are aware of planned protest events which have the “potential to move into disorder”.

“If necessary we will consider dissuading people or preventing people from gathering in an area but there may be other occasions when our tactic might be to allow people to gather, and gather our evidence and deal with it afterwards.”

Prime Minister Boris Johnson, Irish Premier Micheal Martin and US President Joe Biden have called for a calming of tensions.

The Stormont Assembly was recalled from Easter recess on Thursday for an emergency sitting and unanimously backed a motion calling for the unequivocal condemnation of the violence and support for the rule of law.