“The duty of the RNLI is to save anybody who is at sea, regardless of where they've come from, where they're going, who they are, and people just seem to be overlooking this fact." 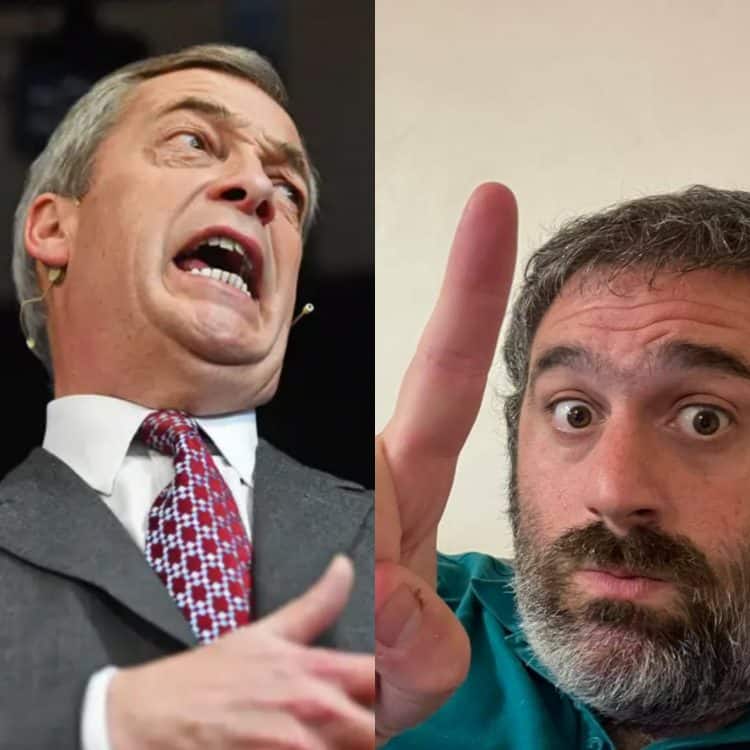 The man behind a fundraiser which has raised more than £116,000 for a new RNLI hovercraft said he was motivated by right-wing figures such as Nigel Farage, Katie Hopkins and Darren Grimes – and the government.

Simon Harris put a call out to raise money for the vehicle only 10 days ago, and said he would name it ‘The Flying Farage’, followed by a second vessel he would like to call ‘The Galloping Grimes’ or ‘The Hovering Hopkins’.

Harris, from South Essex, said the initial target was £100,000 and he “never believed it was going to take off”.

He said he started the fundraiser as a response to Nigel Farage and other right-wing figures who “insisted their recent comments were not aimed at the volunters and crews themselves”, but by default would have “an advertse effect on the very people that do the life-saving”.

Harris told The London Economic: “Nigel Farage kind of knew full well what he was doing when he said, ‘I’m not attacking lifeboat crews, I’m attacking the organisation itself and the management’, when in fact there was only ever going to be one outcome to that.

“It’s always the people on the ground that bear the brunt of it.”

He added: “Again we heard about the lifeboat crew recently get abused at Tower Bridge in London and that kind of thing I’m sure is being replicated.

“Then all these other people started mouthing off about cancelling their donations, which is what spurred me into action.”

Simon thinks some people are responding negatively to coverage of migrants crossing the channel, and suggesting sending them to France.

He added: “We get people saying horrible stuff like ‘the boat should be blown up’, ‘it should be ignored’ and stuff like that, when everybody seems to forget the key point.

“The duty of the RNLI is to save anybody who is at sea, regardless of where they’ve come from, where they’re going, who they are, and people just seem to be overlooking this fact and it’s all getting rather heated and nasty.”

Harris said he was also motivated to take action by Katie Hopkins’ comments comparing refugees to “cockroaches” and activist Darren Grimes being vocal on the subject of channel crossings.

“There’s so much right-wing rhetoric, you know, anti-RNLI, and also the government is just pushing through legislation that I don’t think is specifically clear in terms of criminalising people who go out and rescue the migrants,” Harris said.

He added: “They’ve said there’s going to be an exception for the work the RNLI are doing in the channel, but even though they’ve said it, I don’t think there’s any part of the legislation that makes it absolutely, 100 per cent clear they’re going to be exempt.”

Simon said the fundraiser made it clear that the RNLI may choose to spend the money raised as they see fit, depending on what is needed.

An RNLI spokesperson said: “We are incredibly grateful for the donations we receive to enable us to continue saving lives at sea and the outpouring of support we’ve received recently has been overwhelming.

“It is so important that we have the right life-saving assets in the right locations to meet the demands of that stretch of coastline.

“We must always ensure the kind donations we receive are spent wisely to ensure we can save lives as effectively as possible.

“There are many other things that we need to help run our service aside from lifeboats and hovercraft, including volunteer kit, training and fuel for our lifeboats – our supporters fuel our rescues and this money will go towards helping us with our mission to save every one particularly along the South East coastline.

“Their kindness means so much to us, without them we could not save lives at sea, every one is a lifesaver.”