Lateral flow home test kits are unavailable on the Government website, as people wait to book a coronavirus vaccine. 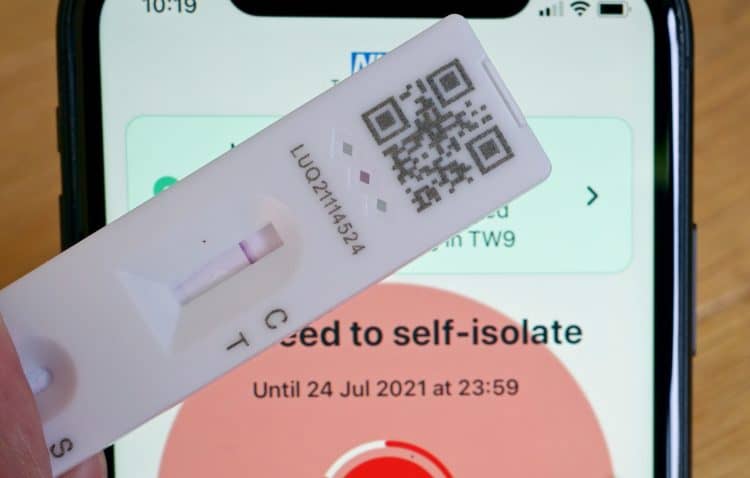 At least one coronavirus patient infected with the Omicron variant has now died, Prime Minister Boris Johnson has said.

Speaking during a visit to a vaccination clinic near Paddington, in west London, Boris Johnson said: “Sadly yes Omicron is producing hospitalisations and sadly at least one patient has been confirmed to have died with Omicron.

“So I think the idea that this is somehow a milder version of the virus, I think that’s something we need to set on one side and just recognise the sheer pace at which it accelerates through the population. So the best thing we can do is all get our boosters.”

Most difficult week in office

Boris Johnson is facing perhaps the most difficult week since the start of his premiership.

As dissatisfaction on the Conservative backbenches has grown, the Prime Minister heads into the next few days against a backdrop of rebellion.

Meanwhile, the threat of the Omicron variant of coronavirus looms in the background.

Mr Johnson’s first big challenge comes on Tuesday, as MPs are asked to approve the Plan B measures he has set out in a bid to stem the spread of Omicron.

Already, more than 70 of his own MPs have signalled they either will, or are considering, opposing some of the plans.

Anger mainly centres on the introduction of Covid passes – where a person must prove their vaccination status or that they have had a negative test – for large venues.

However, the bad blood comes as Tory MPs have been left burned by their leader in recent weeks.

The standards row over former MP Owen Paterson left a sour taste in the mouths of many, as they felt they had been asked – and most obliged – to back the Government in a difficult position, only to be left embarrassed when ministers U-turned.

Lateral flow home test kits are unavailable on the Government website, as people wait to book a coronavirus vaccine.

The Government website on Monday said “there are no more home tests available”.

It advised people to “try again later” or to book a test site appointment instead.
It has been announced that double-jabbed people identified as a contact of someone with Covid-19 in England will be told to take a daily rapid test for seven days from Tuesday.