"Pretty astonishing that this investigation has led to scores of fines, making Downing Street and Whitehall the most fined location in the UK." 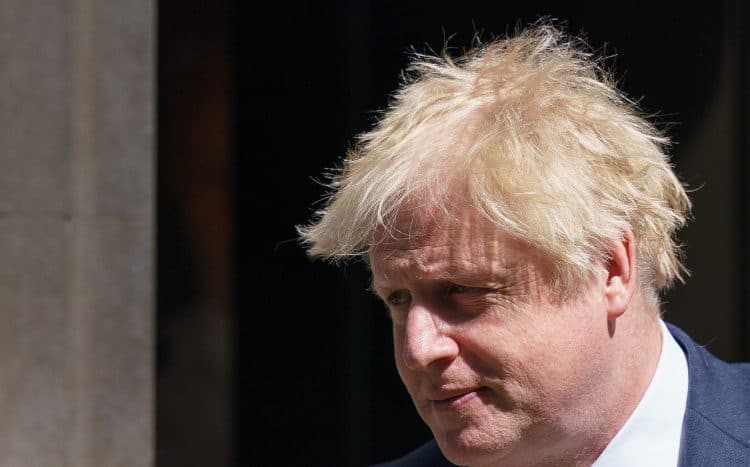 The Metropolitan Police has concluded its investigation into lockdown breaches in Downing Street and Whitehall after issuing fines to 126 people.

Scotland Yard said on Thursday it had issued fines to 53 men and 73 women, with some individuals receiving multiple fixed penalty notices (FPNs), for events on eight separate dates.

Police have told Boris Johnson he faces no further action over lockdown breaches, Downing Street said, after the Metropolitan Police concluded its partygate investigation with a total of 126 fixed-penalty notices.

No 10 said the Prime Minister was “pleased” the investigation had concluded and that officers had told Mr Johnson he would not receive a second fine, having received one for the event on his 56th birthday.

The conclusion of Operation Hillman into partygate breaches spanning 11 months paves the way for the publication of senior civil servant Sue Gray’s inquiry.

It was understood Chancellor Rishi Sunak was also yet to receive another fine, after receiving one for attending the Prime Minister’s gathering in June 2020.

Scotland Yard declined to identify anyone involved in the investigation but disclosed that it cost around £460,000.

There were no interviews under caution, with officers instead relying on answers to questionnaires.

Six separate types of offending were identified, including breaching rules for holding an indoor gathering of multiple people, including when London was under Tier 4 restrictions.

Met acting deputy commissioner Helen Ball said: “There is no doubt that the pandemic impacted all of us in so many ways and strong feelings and opinions have been expressed on this particular issue.

“When Covid regulations were introduced, the Met was clear that whilst we would not routinely investigate breaches of regulations retrospectively, there may be occasions when it would be appropriate to do so.

“The information that we received with regard to the alleged breaches in Downing Street and Whitehall was sufficient to reach our criteria to begin such an investigation.

“Our investigation was thorough and impartial and was completed as quickly as we could, given the amount of information that needed to be reviewed and the importance of ensuring that we had strong evidence for each FPN referral.

“This investigation is now complete.”

Sir Lindsay Hoyle has said the reputation of the House of Commons can only be rebuilt if “bad eggs” are dealt with.

The Commons Speaker said those who work in Parliament should not feel alone or feel they have to suffer, as he highlighted there is support available.

He also said people should go straight to the police if a criminal offence has been committed.

Asked about his feelings on recent events and allegations involving figures in Westminster, Sir Lindsay told Times Radio: “I’m very, very concerned, not only for victims, but also this doesn’t help the reputation of the House of Commons. Far from it.

“What I want to do is make sure we have clear ways in which to support victims and making sure that those routes are available, and what I would say very clearly – if it is a criminal offence, please go straight to the police.

“We also have our ICGS, our independent complaints way forward, so as I say we have different routes, please use them.

“Do not feel you’re alone. Do not feel that you have to suffer. We’re here to help and support.

“And we’ve got to rebuild the reputation of the House of Commons. We can only do that by ensuring if there are bad eggs out there, let’s get them.”

Asked whether it is time to put an end to the drinking culture in Westminster, Sir Lindsay said: “We do work strange hours, we do work in a strange place, people are nowhere near home and therefore this isn’t a normal place of working, in the same way that one could argue if you’re in the armed forces of course you’ve got bars on camp as well.

“MPs bring in visitors maybe from overseas and from their constituencies and therefore they will take them on to the terrace for a drink.

“And I think it’s about social drinking, responsible drinking and I think everybody will find that acceptable.”

He said Parliament is 100 yards from a pub on the corner in Westminster.

“I can’t bar people from every pub in London. From my point of view I recognise that people feel that we need to keep Strangers’ Bar open as part of the history of the House,” he said.