"If it's bad for the climate, bad for countryside, bad for long-term jobs and steel industry doesn't want it, what reasons are there left Gove?" 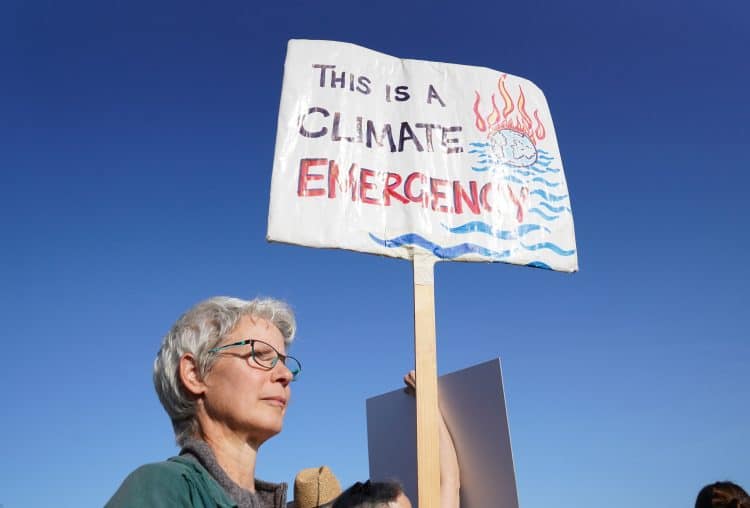 Demonstrators outside the proposed Woodhouse Colliery, south of Whitehaven. Credit:PA

Approving a new coal mine in Cumbria would give “carte blanche” to other countries to miss climate change targets, a former energy minister has said.

Chris Skidmore, who served as energy minister in 2019 and signed the UK’s binding commitment to reach net zero by 2050, said approving the new mine near Whitehaven would undermine the UK’s position as a global leader on climate change.

“The UK is the figurehead.

“It’s the first country to sign net zero into law, the country that came up with the Glasgow climate pact, and is itself opening a coal plant.

He added that opening the Cumbria mine could be a “seminal” issue that “sent shockwaves across the world” and give other nations “carte blanche, or carte noire I should probably say, for opening new coal power stations.”

“Proposed Cumbria #coal mine is “not a game-changer for the steel industry” and the imperative is “to invest in low-carbon steel-making”, says @CommunityUnion which represents iron and steel industry workers.”

A final decision on the Cumbrian mine is expected by mid-July following a planning inquiry in 2021.

Communities Secretary Michael Gove is said to be supportive of the plans, which have been approved by Cumbria County Council but has faced opposition from environmental groups.

Boris Johnson has previously said he is “not in favour of more coal”, but stopped short of openly opposing the new mine, leading Labour to accuse the Government of “total hypocrisy”.

In April 2022, a report from the Conservative backbench 1922 Committee on Beis (Business, Energy and Industrial Strategy) described the new mine as “sensible” and “not incompatible with our net-zero ambitions”.