"He's covering up his Free Speech hypocrisy by blocking criticism. Don't let him forget we see him," Femi said. 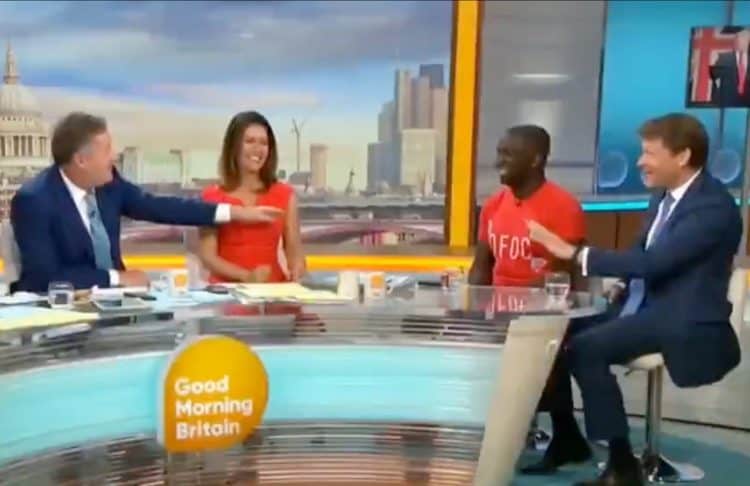 The political activist called on the former GMB host to oppose the Policing Bill last year, warning that failing to do so would be “handing the keys to the fight for free speech to lefty snowflakes like me”.

MPs pushed through the Bill in the Commons on Monday night, reinstating plans to give police new powers to crackdown on protests over noise levels.

It is part of a range of measures aimed at overhauling the criminal justice system, which will allow police in England and Wales to impose conditions on non-violent protests judged to be too noisy and thereby causing “intimidation or harassment” or “serious unease, alarm or distress” to the public.

In the early hours of Tuesday, MPs voted to reinstate to the Bill the protest restrictions after they were removed by peers – at one stage with the Government’s majority narrowed to 50.

But a handful of Conservatives made clear their frustration at the proposals, warning they went too far.

The Bill previously suffered a string of defeats in the Lords as peers rejected the moves to clampdown on noisy protests.

They also ripped out a series of controversial measures designed to combat the tactics adopted by groups including Extinction Rebellion and Insulate Britain.

Jesse Norman, a Conservative former minister, said it was “unfortunate” the Government was bringing forward noise-based restrictions on protests when people in Kyiv, Ukraine, are “dying for their beliefs and for the rights of freedom of speech and of association”.

He said: “No case has been made, no serious case have been made, that this is a real and genuine problem. The minister has conceded I think and one understands why that it is not like abuse except in the tiniest minority of cases and therefore one has to ask the question, whether the justification is adequate for the measure.”

Piers Morgan, an outspoken believer in free speech, has been noticeably quiet on the matter, a point raised by Femi in May last year.

Raising the issue again following the Bill’s safe passage through the House of Commons, Femi tweeted:

Speaking to The London Economic, he added that “calling lefties sensitive snowflakes who censor any views they don’t like, and then blocking people who tell him to oppose a right-wing law that bans protest… it breaks the scales of hypocrisy.”

Related: Ukrainian ambassador left to mull, ‘with friends like these, who needs enemies?’