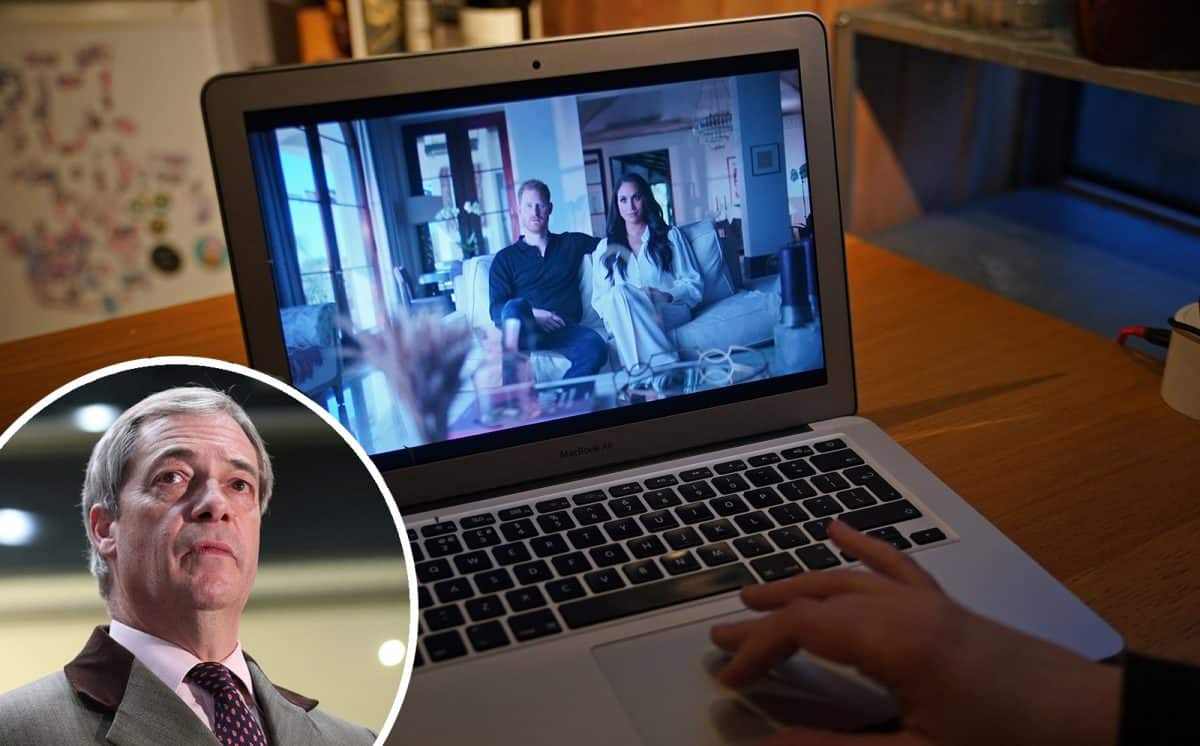 Nigel Farage has hit out at Harry and Meghan after he was included in their newly-released docuseries.

The Netflix show includes a section about the UK’s split with the European Union which shows a young girl telling a CNN journalist that she hopes Markle’s relationship with Prince Harry, which began just weeks after the EU referendum, will help temper racism in the UK.

David Olusoga, the renowned British historian and diversity campaigner, later remarks: “This fairy tale is embedding itself in a nation that is having a pretty toxic debate about the European Union.”

His comments are followed by images of Nigel Farage, the prominent Brexit campaigner and ally of Donald Trump, and anti-immigration demonstrators. “Immigration in this country is very often a cypher for race,” Olusoga says.

James Holt, the executive director of the Archewell Foundation, adds: “It was a perfect storm that gave credence to jingoism and nationalism and gave people with really horrible views of the world a little bit more strength and confidence to say what they wanted to say, to do whatever they wanted to do.”

Farage has responded to the segment, describing their attempt to link Brexit to racism as “despicable”.